These planets might host alien life, but we’d never know because they’re too dusty to see anything 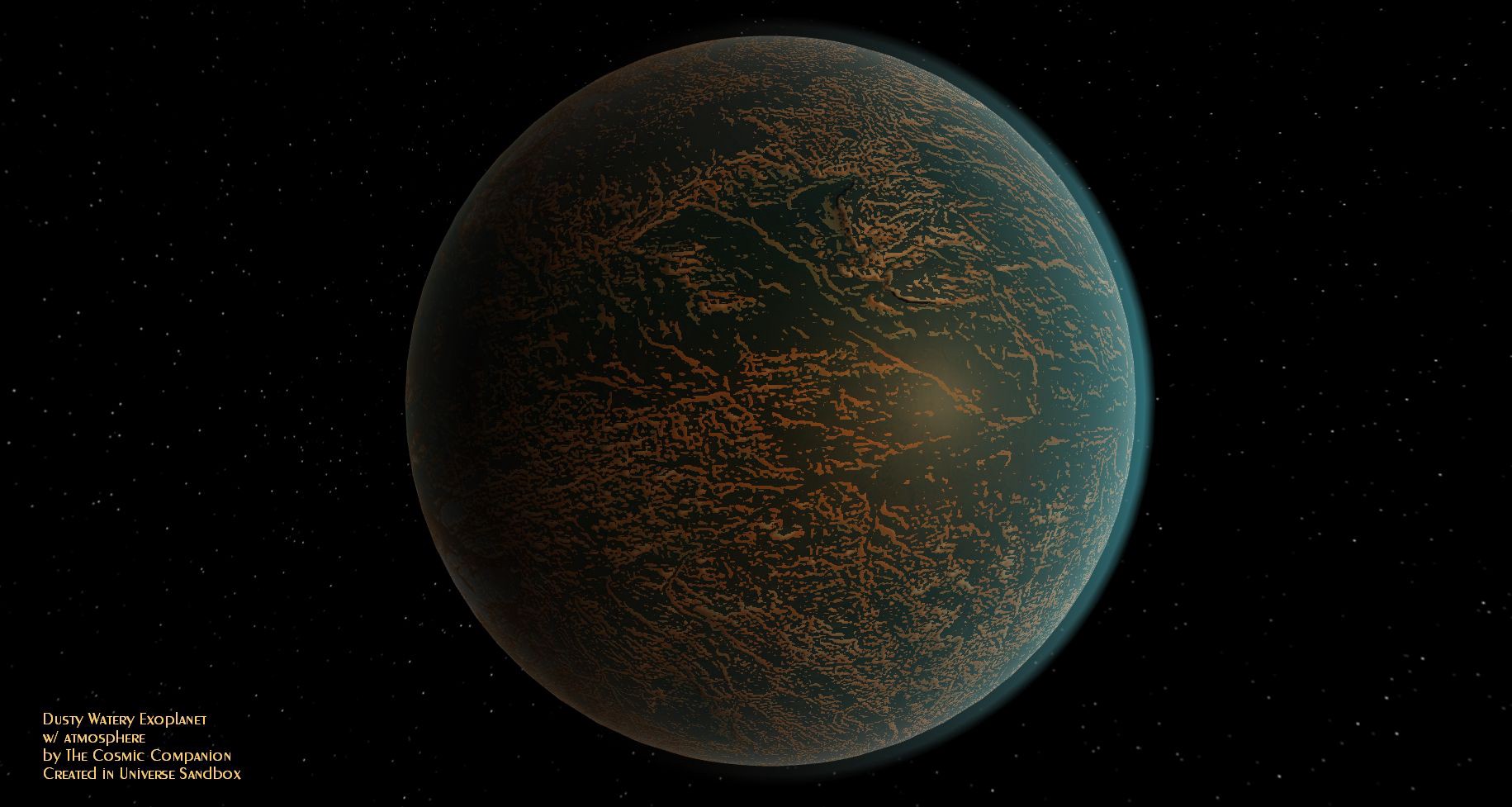 Dusty worlds like the desert planet Arrakis from Dune may be common throughout the galaxy. Some of these worlds, harboring large quantities of dust in their atmospheres, maybe likely places to find life, a new study concludes. However, these same dusty conditions also make finding evidence of life on these worlds more challenging for astronomers.

Researchers modeled three forms of exoplanets, each with varying amounts of dust in their atmosphere. The study found that dusty atmospheric conditions could insulate a planet, increasing the range of distances at which life could form, making the development of life more likely on these planets, if the planet is close enough to its parent star.

Planets which orbit close to cool, red stars (known as red dwarfs or M-dwarfs) are likely to be tidally-locked to their stars — a single face of these worlds would permanently face the star just as one side of the moon always faces Earth. These conditions would result in half the world being kept in constant daylight while the other half experiences perpetual night.

Recent studies suggest these tidally-locked worlds are the most common configuration of habitable worlds around these cool, diminutive stars.

Planets in the Goldilocks region around their star (where temperatures are neither too hot, nor too cold, for liquid water) and which are large enough to hold onto an atmosphere are likely to become water worlds, research suggests.

High concentrations of dust in the atmospheres of these worlds would serve both to cool the hot side of the planet and warm the frigid side. Planets which would otherwise be too hot or too cold for life may become more temperature, researchers concluded.

“On Earth and Mars, dust storms have both cooling and warming effects on the surface, with the cooling effect typically winning out. But these ‘synchronized orbit’ planets are very different. Here, the dark sides of these planets are in perpetual night, and the warming effect wins out, whereas on the dayside, the cooling effect wins out. The effect is to moderate the temperature extremes, thus making the planet more habitable,” said Dr. Ian Boutle of the University of Exeter and the United Kingdom’s Meteorological Office.

The habitable zone around a star represents the range of distances at which water is most likely to pool on the surfaces of worlds, forming ponds, rivers, and seas.

On worlds which are tidally-locked to their star, dust cools the heated side of the planet, while warming the night side. This increases the size of both sides of the habitable zone around a given star for these worlds. Planets that are not tidally-locked to their parent star experience cooling around their globe, meaning these planets must be closer to their star than normal for bodies of water to form.

At the inner edge of the habitable zone of our own solar system, Venus may have once had large quantities of water which were lost to space long ago. On the other side of our local Goldilocks zone, Mars was once a water world that lost its oceans to space long ago.

As planets heat and oceans boil off to space, the process can release large amounts of dust to the air. This process, known as a negative climate feedback, can temporarily cool the planet, slowing the loss of water.

“Dust is raised from any land surface that is relatively dry and free from vegetation. Dust can not only cool the surface by scattering stellar radiation, but also warm the climate system through absorbing and emitting infra-red radiation,” researchers describe in an article published in the journal Nature Communications.