This AMD Ryzen mini PC has a unique, exciting feature no other computer has 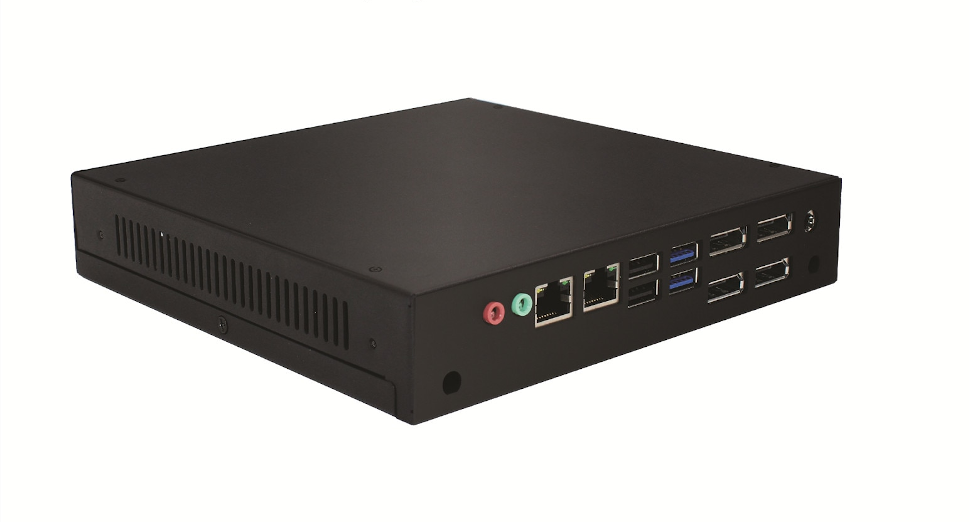 A brand we’d not heard of before has come up with a product the like of which we’ve never seen.

Chinese firm Maxtang is selling a mini PC that runs on an embedded AMD Ryzen V1605B chip, with four (yes, four) DisplayPort connectors. We don’t know of any other PC that offers this many connectors – let alone in a form factor this small.

(ed: hat tip to chx1975 for pointing to two extra Ryzen V1605B Mini PC that have four DisplayPorts as well. A UK-based one (TranquilPC) and a $500 one from Amazon)

Maxtang’s thin client costs as little as $410.92 from Aliexpress (roughly £330/AU$630), after a $3 coupon. This price is for the bare bones model, which ships without an operating system or Wi-Fi module. Other RAM/storage bundles are available.

The Ryzen V1605B has four cores, eight threads, 4MB cache and a Vega 8 GPU. That makes it similar to a Ryzen 5 2500U and, according to the popular Passmark benchmark, faster than the Intel Core i5-10210U.

Other than the four display connectors (all capable of outputting to 4K), the thin client has two audio connectors, two Gigabit Ethernet ports, eight USB ports (but no Type-C) and supports two DDR4 SODIMM modules. You can add one M2 SSD and one SATA drive (SSD or HDD) as well.

Bear in mind, the exact price in non-US territories will depend on the day’s exchange rate. Aliexpress ships to most countries worldwide via expedited shipping, but you may be levied an additional tax.