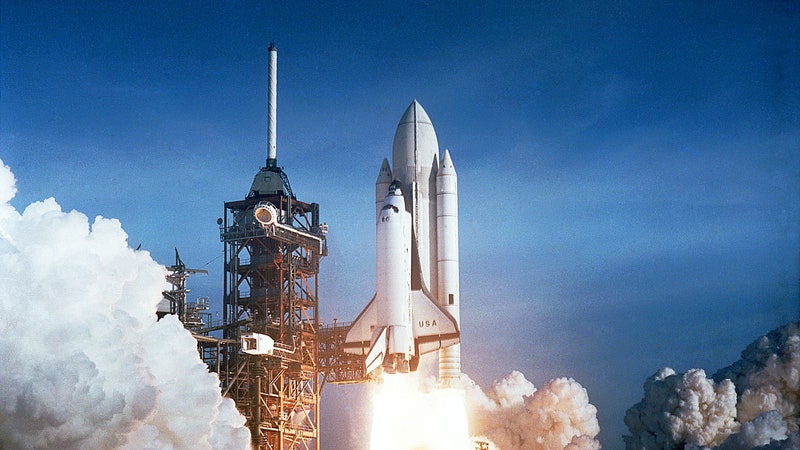 A few months ago, Kim Griffith was gainfully employed, bouncing between two jobs she loved: directing dance shows on Royal Caribbean cruises and teaching hot yoga in Baltimore, where she lives when on land.

“That’s what I do in real life,” she says, laughing in a way one might call “rueful.”

She means, of course, the real life of the Before Times—not the surreal, bad-dream-like life of the pandemic. In this life, her jobs—which require tight-quarters ships and stifling rooms full of people breathing deeply—have mostly dried up (although she has been video stream-teaching some yoga classes next to a space heater, while wearing a sauna suit).

Griffith, thus underemployed, perked up right away when her friend Jonathan Obermaier, furloughed from a local brewery, pointed her to a gig on their Hampden neighborhood Facebook page: Astronomers from the Space Telescope Science Institute, just down the road, wanted to pay out-of-work service professionals like her to analyze images from Hubble, Earth’s most iconic telescope. The analyzers would pore over pretty pictures and determine how similar they were to each other for about $1,500, at a rate of around $20 per hour. It’s called the Hubble Image Similarity Project.

Game on, thought Griffith, who started the gig in mid-May.

Before this, she didn’t really know what went on at the Space Telescope Science Institute, and definitely didn’t feel connected to it, even though it was so nearby. But things have changed. “I ran right past it on my run yesterday,” she says. “I was like, ‘Oh, hey, I’m doing something for them!”

And they are doing something for her in return—paying her. That’s in contrast with most citizen science projects, which rely on volunteers. It was a very conscious choice for the institute’s astronomers, as cutting paychecks has to be. Joshua Peek and Rick White, the scientists who founded this project, saw so many of their neighbors suddenly without incomes that they wanted to help out. Their own careers and funding are more insulated from the immediate economics of Covid-19, and the astronomers saw an opportunity to create short-term work for others while helping themselves.

Peek—whose family helped organize their block’s pandemic mutual aid group—felt like the aphorism “think globally; act locally” applied to this situation, too. So, for cosmic mutual aid, he says, instead of turning to the whole internet—where most citizen science work is sourced—he turned to his neighbors, “rather than people who are anonymous around the world.”

Peek and White have been trying to make an algorithm—a convolutional neural network—that can determine whether this picture of Galaxy X looks like that picture of Galaxy Y, or whether this gassy wave resembles that nebulous wisp. Then, other astronomers could search Hubble’s 200,000-plus-image archive for shots that have similar visual qualities. “What people want to do is be able to look at something—point at it on the screen—and say, ‘Show me some other objects that look like this,’” says White.

Right now, scientists can search for an image in Hubble’s archival database using parameters like the object’s location in space, or which instrument took the data, or when it was photographed. But “dark dust cloud that has a tail on it?” says Peek. “That’s not a search you can do.”

Peek and White thought such a capability would be useful—kind of like a reverse image search on Google. But perfect matches aren’t necessary, because no two spots in space are going to look exactly alike. Instead, they want to find images that are similar to one another, sort of like putting a picture of your dad into Google and getting back a bunch of photos of other guys with bald spots and brown eyes.