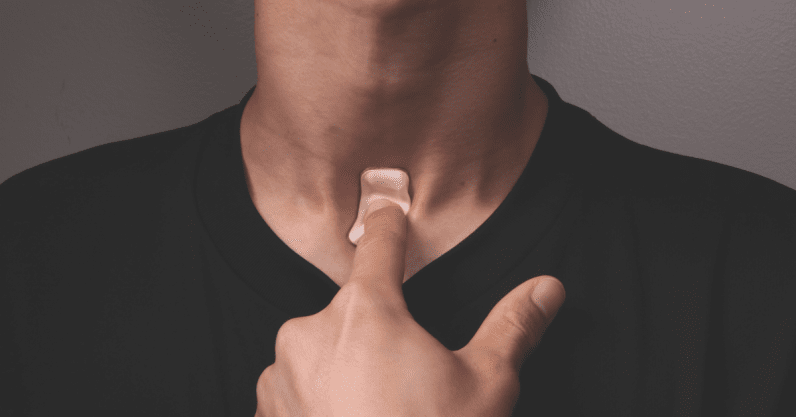 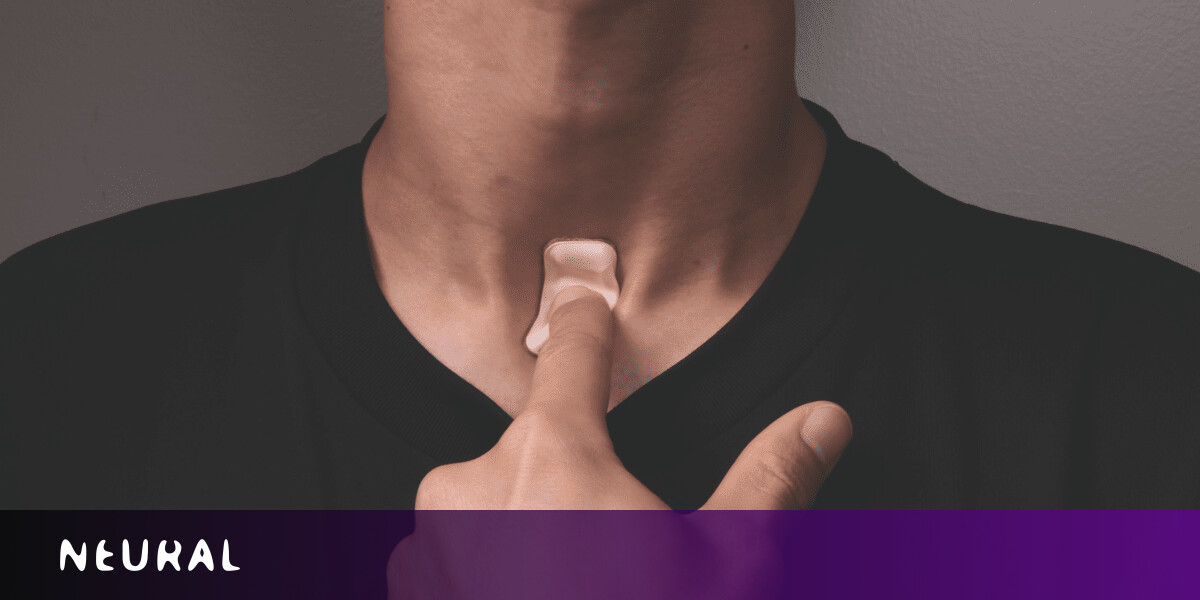 A new wearable that sticks to the throat could detect coronavirus symptoms before you notice them.

The stamp-sized device is made of soft silicone material, which is affixed to the base of the throat. It then monitors coughs, breathing, heart rate, and body temperature. All this data is sent to a cloud, where algorithms identify signals of the disease.

The system then sends graphical summaries of the symptoms to a physician, who can use the insights to guide interventions and track the effects of treatments.

At the end of each day, the user peels off the patch and puts it on a wireless charger. As the device has no wires, electrodes, charge ports, or removable batteries, it can be worn in the shower — and easily sterilized.

[Read: Stanford teams up with Fitbit to develop wearables that detect coronavirus symptoms]

The patch was developed at Northwestern University, while the custom algorithms were created by scientists at Shirley Ryan AbilityLab, a research hospital in Chicago.

Sensors on the patch detect vibrations produced by chest wall movements. This means it can avoid interference from background noise, which can be a problem for acoustic measurements.

“Our device sits at the perfect location on the body — the suprasternal notch — to measure respiratory rate, sounds and activity because that’s where airflow occurs near the surface of the skin,” said Northwestern’s John A. Rogers

The stick-on sensor is currently being tested on around 25 COVID-19 patients. Among the participants is Kelly McKenzie, a research physical therapist at Shirley Ryan AbilityLab, who decided to join the pilot study after she developed a cough and congestion.

“When you first put it on, you can feel it just because it’s new and different,” she said. “But after you have worn it for a while, you don’t even notice it.”

The research team will use the trial data to strengthen their algorithms. They also plan to add measurements of blood oxygen levels to the next versions of the device.

All of this production can be done in-house, avoiding external vendors shut down by stay-at-home orders.

“In this way, we avoid already-stressed supply chains,” said Rogers. “We just do it ourselves.”