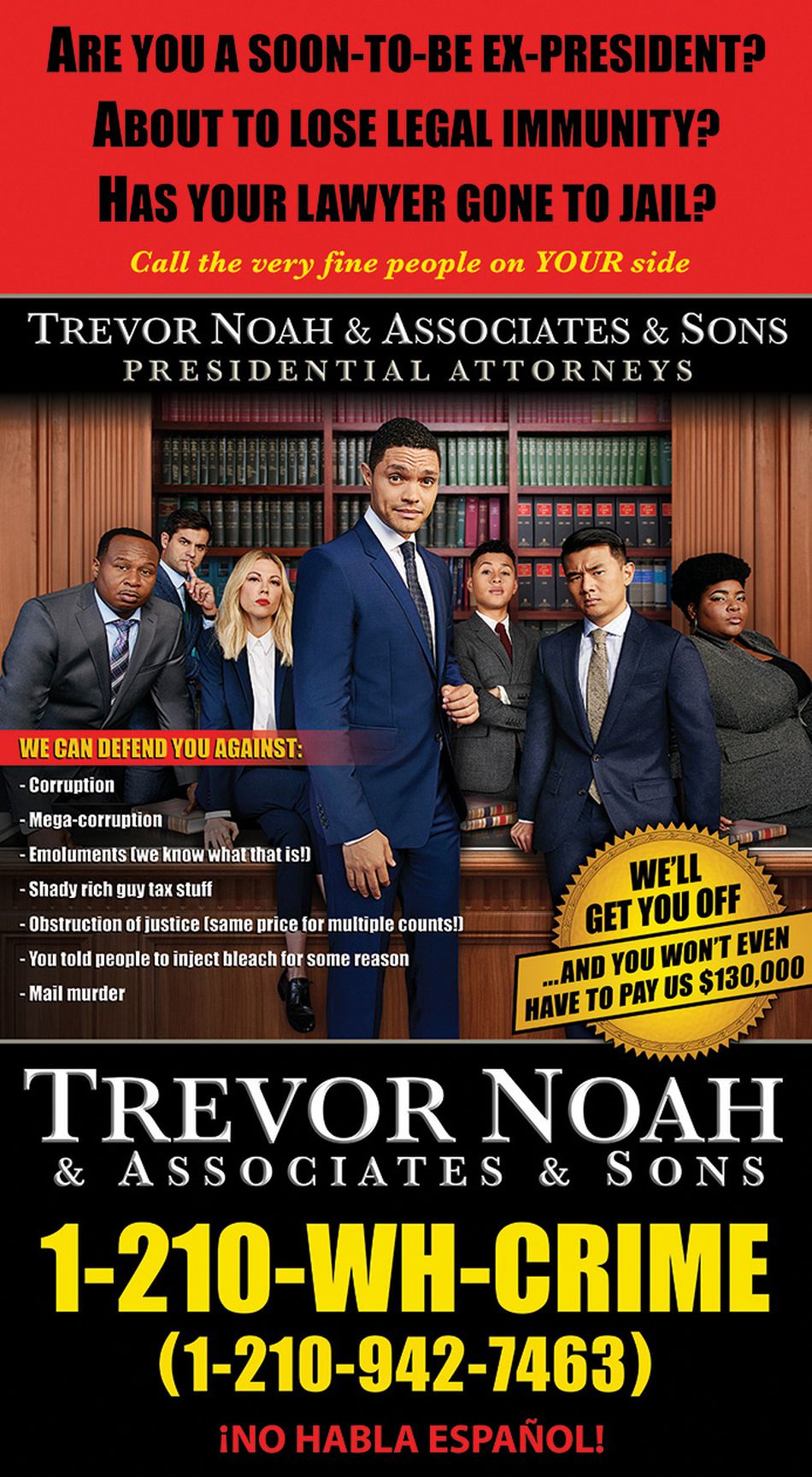 Trevor Noah has a surprise in store for Trump.

On Thursday, Aug. 27, timed to coincide with the president’s Republican nomination acceptance speech, The Daily Show has taken out full-page print ads in the New York Times, the Washington Post and the Los Angeles Times, all of which feature a mock legal advertisement for “Trevor Noah & Associates & Sons Presidential Attorneys.”

“ARE YOU A SOON-TO-BE EX-PRESIDENT? ABOUT TO LOSE LEGAL IMMUNITY? HAS YOUR LAWYER GONE TO JAIL? Call the very fine people on YOUR side.”

The ad comes with a phone number which, according to a press release sent to Mashable, actually does work and features a pre-recorded message from the team.

Obstruction of justice with the same price for multiple counts? Now that sounds like a deal.

It’s worth noting that this isn’t the first time The Daily Show has pulled a stunt like this, either. The show placed another ad in the Washington Post last December, along with an actual billboard in Times Square, trolling Trump after his impeachment by the House.