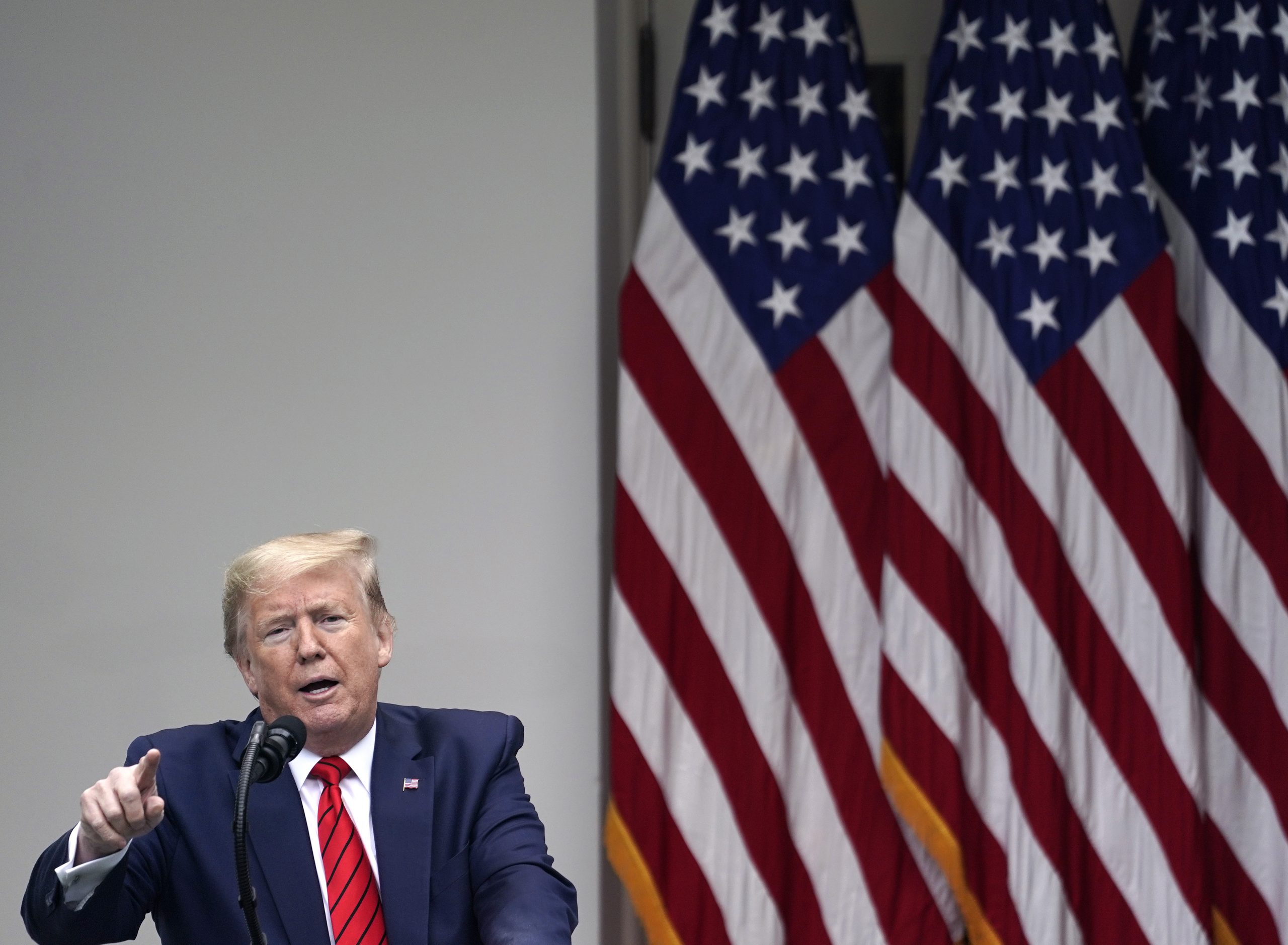 On Friday, President Donald Trump unveiled the official flag of the United States Space Force and, in his latest display of unparalleled oratorical excellence, touted a new “super duper missile” from the Department of Defense that’s sure to make the likes of China and Russia pee their pants.

As part of an Oval Office ceremony commemorating the country’s newest military branch, Trump signed the 2020 Armed Forces Day Proclamation and declared America “the leader in space” alongside several senior military leaders. The flag’s design is based on Space Force’s seal, which was revealed back in January and will no doubt look eerily familiar to any Star Trek fans out there.

Trump created (well, technically, reactivated) the much-hyped Space Force in December to establish defense operations for America’s space infrastructure and protect the nation’s satellites and other assets from foreign threats. After unveiling the branch’s official flag, which the president said will be displayed in the White House, he began talking up America’s military prowess, bragging that the nation’s developed “some of the most incredible weapons anyone’s ever seen” and is already outpacing adversaries like Russia and China.

“We have, I call it the ‘super-duper missile.’ And I heard the other night [it’s] 17 times faster than what they have right now.”

As you can probably already guess, everyone had a lot of questions. And before you assume it’s yet another case of Trump taking a tiny nugget of intel and running off to God knows where with it, may I remind you that earlier on Friday he also announced “Operation Warp Speed” is now the official name of America’s coronavirus vaccine research project. In short, the U.S. has gone full Idiocracy LARP at this point and I doubt seeing the phrase “super-duper” on official government documents would raise anyone’s brow.

Later that same evening, Defense Department press secretary Jonathan Hoffman pushed out a tweet providing a translation of the president’s comments. Apparently, by “super-duper missile,” what Trump actually meant was “a range of hypersonic missiles to counter our adversaries” that the Defense Department currently has in development. See? Clear as mud.