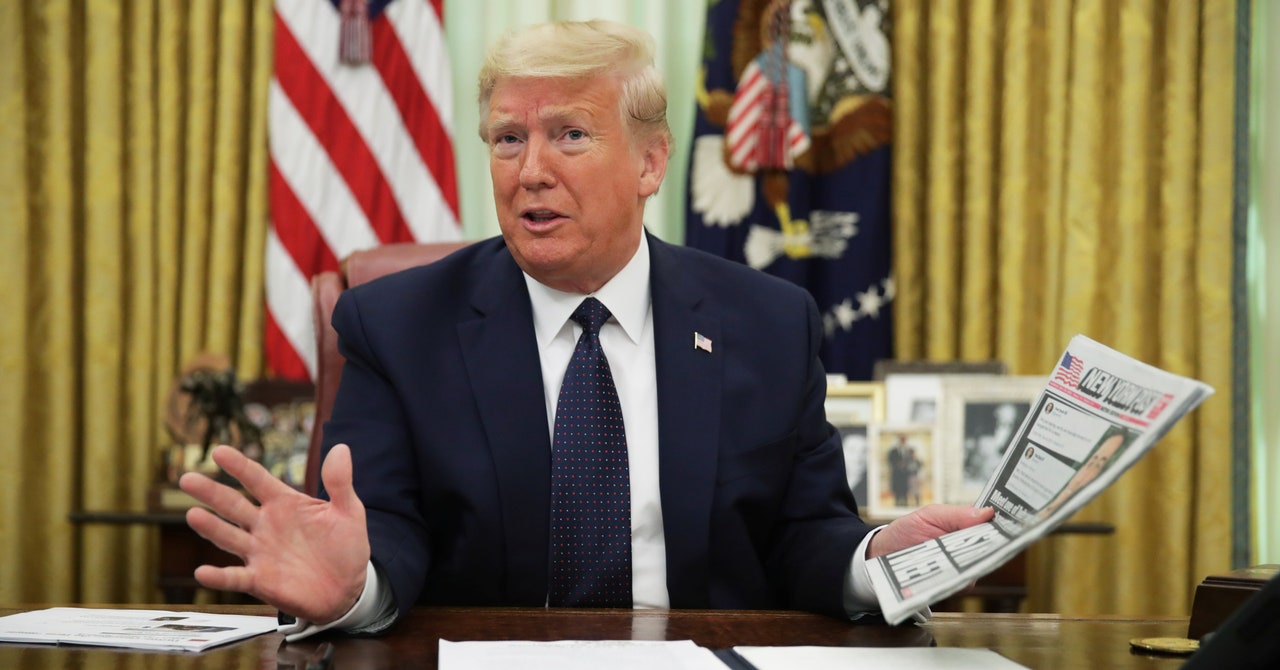 A political firestorm erupted this week when Twitter flagged two of President Trump’s tweets about mail-in voting, calling them potentially misleading, and amending them with some timid attempts at fact-checking. This action caused the President to lash out at the social media platform by signing an executive order demanding a legal review of the protections it enjoys under the Communications Decency Act. The order doesn’t just affect Twitter, but also Facebook, YouTube, and any platform that allows users to post their own content.

This week on Gadget Lab, WIRED politics writer Gilad Edelman joins us to talk about Twitter’s foray into fact-checking, why it enraged the President, and what potential fallout we could see from the White House’s actions. We also discuss the November vote—the very topic Trump was tweeting about when this whole mess started.

Gilad Edelman can be found on Twitter @GiladEdelman. Lauren Goode is @LaurenGoode. Michael Calore is @snackfight. Bling the main hotline at @GadgetLab. The show is produced by Boone Ashworth (@booneashworth). Our executive producer is Alex Kapelman (@alexkapelman). Our theme music is by Solar Keys.