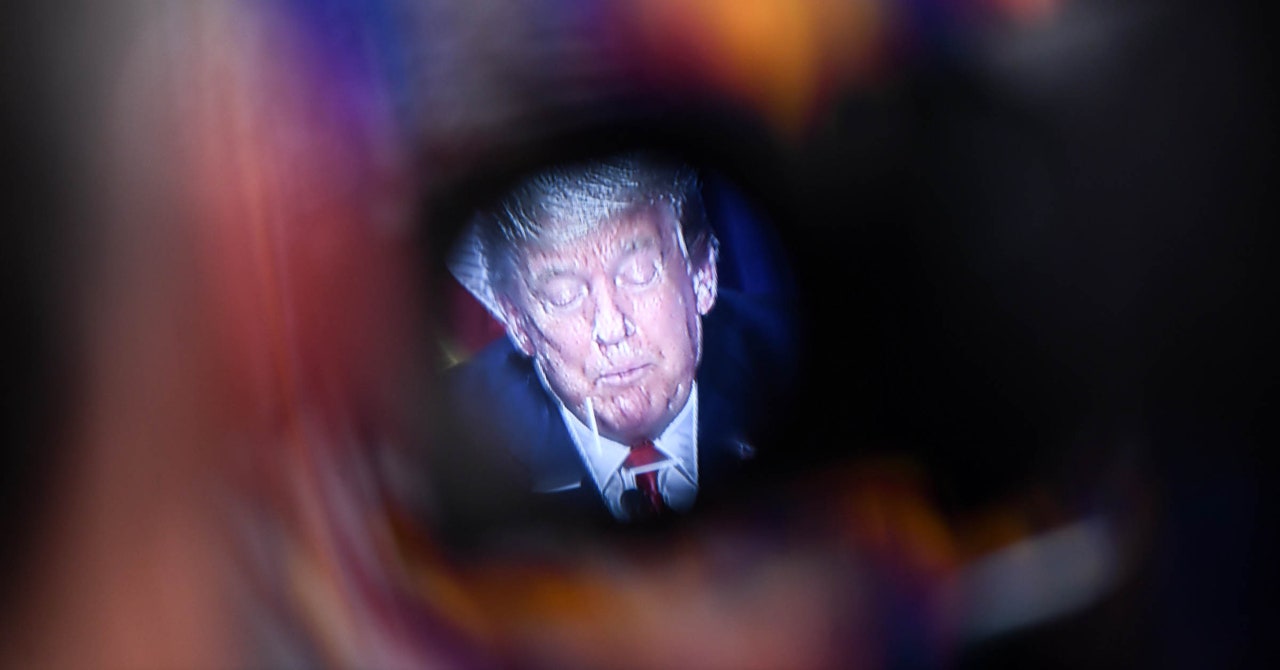 At the same time, Gregory says that activists around the world have argued for something like Twitter’s compromise position. “If you take down either false or harmful content, there’s no way of fighting back against it and counter-intervening—it’s sort of invisible,” he says.

Twitter is attempting to strike a delicate balance between two conflicting values. “There’s newsworthiness, there’s interest in knowing what he’s thinking and knowing what he’s saying right as he’s thinking and saying it,” says Tiffany C. Li, a visiting professor at Boston University School of Law. “On the other hand, there’s concern that some of these tweets may have actually harmful real-world implications. When is it newsworthy enough to keep up, versus when is it harmful enough to take down?”

There’s no perfect answer here, but Twitter may have found the least bad approach to a nearly impossible situation.

“This is the most effective way of Twitter balancing the public interest of constituents knowing what their president says and believes, versus reducing the harm where that speech is potentially dangerous,” says Evelyn Douek, an affiliate at Harvard’s Berkman Klein Center for Internet and Society. Douek cautioned against expecting a platform like Twitter to completely solve the problems of political discourse. “There’s a real democratic tension in a private company that has no democratic accountability or legitimacy deciding what a duly elected public official can or cannot say.”

“Twitter is taking a stand not just about the issues, but also taking a stand on how much power they have in order to govern the speech on Twitter’s platform.”

While Trump and some of his allies have accused Twitter of violating his right to free speech, Vera Eidelman, a staff attorney for the Speech, Privacy, and Technology Project at the American Civil Liberties Union, said in an email that Twitter’s treatment of Trump’s tweet was an exercise of the company’s own First Amendment rights. As a private company, of course, Twitter is free to make its own rules. The public interest exception, Eidelman added, is “also good policy: labeling posts of public officials, especially the President, rather than deleting them, better informs the public and preserves open debate.”

Still, Twitter’s newly enforced policy leaves some tough questions unanswered. The most obvious is whether the company can enforce it consistently. Its action on Trump’s “shooting” tweet certainly fits within the four corners of company policy, but the timing is suggestive. The policy has been on the books for nearly a year, but lay dormant until the day after Trump targeted Twitter with an executive order. (A Twitter spokesperson pointed me to the company’s policies, but didn’t respond to a follow-up email asking about the timing of the action.)

“Flagging it is a political move,” says Li. “Twitter is taking a stand not just about the issues, but also taking a stand on how much power they have in order to govern the speech on Twitter’s platform.”

That’s understandable, perhaps even admirable, but it also opens the company to charges of selective enforcement. It took Republicans no time at all to find recent examples of other public officials seeming to violate the glorification of violence rule. Ajit Pai, the Federal Communications Chairman who will ultimately be in charge of implementing part of Trump’s social media executive order, asked on Twitter why the company’s policy apparently doesn’t cover recent tweets from Ali Khamenei, Iran’s supreme leader, in support of armed Jihad against Israel.

Twitter also hasn’t satisfied the crowd who would prefer to see Trump simply kicked off. The logic behind the public interest exception explains why Twitter prefers not to remove posts once they’ve already gone up, but not whether someone like Trump is entitled to use the platform in perpetuity. Don’t expect Twitter to open that can of worms any time soon.

That it has the power to do so, though—in fact, it already happened, for a few minutes—gets at the real problem, one no moderation policy can ever adequately solve: Because a small number of private companies control the most important channels of online communication, the decisions they make have quasi-governmental force, even though they aren’t bound by the First Amendment. Trump seems to understand this: It’s why he rages so desperately against Twitter’s actions, but does so on Twitter itself.