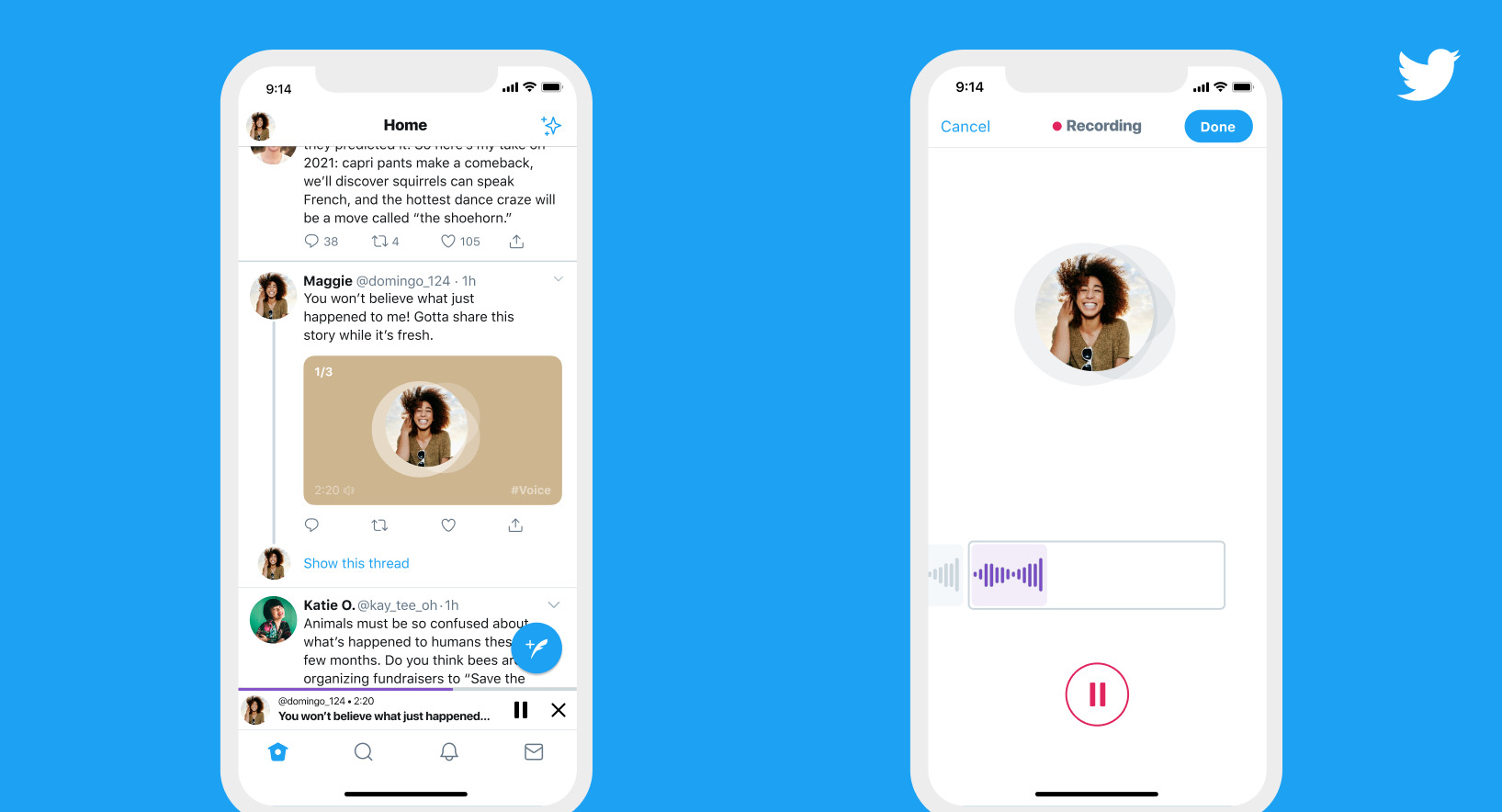 Remember when 140 was an important number for Twitter users? Well, that number is making a comeback. This time it’s not the maximum number of characters in a tweet, but the duration of how long an ‘audio tweet’ can be.

Twitter has announced – via Twitter of course – that audio clips of up to 140 seconds in duration can be recorded and attached to tweets being posted to the platform. This new way of tweeting is currently rolling out only to iOS users, starting with a select few and followed by all iOS users “in the coming weeks”.

There’s no word on when the feature will be rolled out to Android users.

According to Twitter’s blog post, “sometimes 280 characters aren’t enough” and so audio tweets are being tested to “add a more human touch to the way we use Twitter” and so that “some conversational nuances [aren’t] lost in translation”.

To find out if you can yell into the void, tap the ‘feather’ icon on the bottom right-hand corner of the Twitter timeline to compose a new tweet. If you see a waveform icon beside the camera, then you’re one of the lucky ones.

To record a message, tap the waveform icon, followed by the big ‘record’ button. Allow Twitter to access your microphone (if notified to) and speak for up to 140 seconds. Then tap ‘Done’ on the top right corner of the pane.

If you have more to say and keep speaking longer than 140 seconds, Twitter will automatically create a thread.

Your Twitter profile picture will be “added as a static image on your audio attachment and will not refresh if you update your profile photo”, something that may not be to everyone’s liking.

To listen to audio tweets in your timeline, simply hit the play button on the profile picture of the account holder. Twitter says “playback will start in a new window docked at the bottom of your timeline” and will continue playing in the background even if you navigate away from the social media app.

The voice feature is currently available for new posts only – users will not be able to reply or retweet with an audio clip, most likely to check the spread of abuse and harassment.