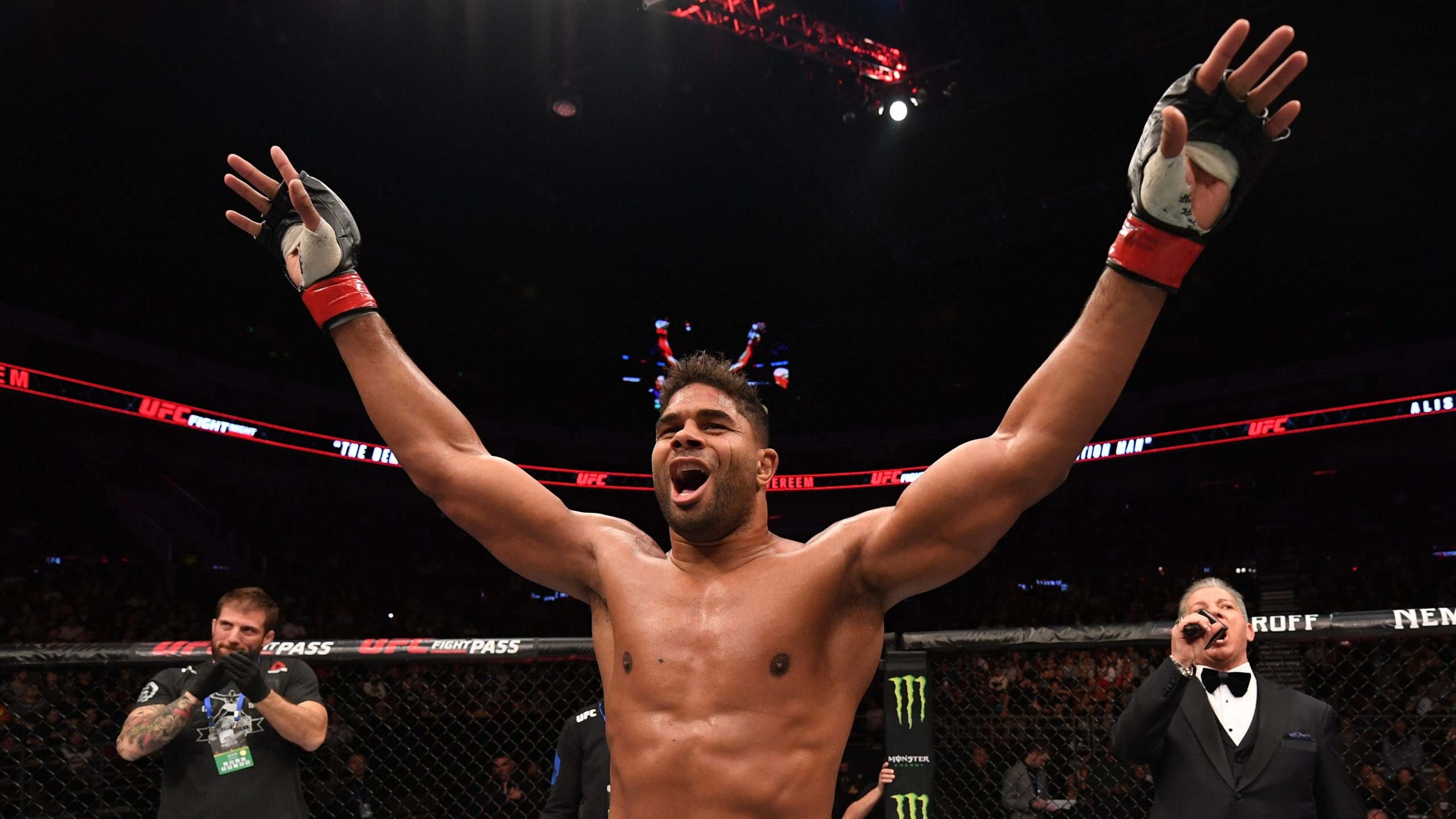 UFC action is back underway, with the world’s top MMA promotion pushing forward with its live event schedule in spite of Covid-19 concerns. Next up? Alistair Overeem vs Walt Harris – here’s how to watch Saturday’s big fight online and live stream UFC Fight Night from anywhere in the world.

UFC Fight Night: Overeem vs. Harris takes place on Saturday, May 16 at the VyStar Veterans Memorial Arena in Jacksonville, Florida. The event is being held behind closed doors, with the main card starting at 9pm ET / 6pm PT – which is 2am BST early Sunday morning in the UK. Fans in the US can watch it on their choice of specialist sports streaming service ESPN+ and the ESPN channel on cable.

European fans may well be supporting 39-year-old Alistair Overeem (45-18), who was born in Hounslow, London and is now a Dutch national. Currently ranked #8 in the UFC heavyweight rankings, he’s considered one of the best rounded fighters in the promotion, with a particularly strong background in kickboxing that saw him become one of only two fighters to ever hold title belts in both MMA and K-1. Even more famously, he TKO’d Brock Lesnar back in 2011, and has also defeated former UFC champion Junior Dos Santos.

Opposite him in the Octagon this Saturday will be 36-year-old American Walt Harris, who comes into the fight with a 13-7 record and is currently #9 in the UFC heavyweight rankings. A devastating puncher and former amateur Golden Gloves boxing champion, his last fight saw him KO Aleksei Oleinik in just 12 seconds.

It’s shaping up to be a fascinating encounter, with both fighters looking to climb the rankings in the hope of being considered for a title shot in the future.  Follow our guide below as we explain how to live stream UFC Fight Night: Overeem vs Harris and watch the action online from anywhere on earth.

How to live stream UFC Fight Night: Overeem vs Harris in the US

UFC fans in the US will likely know that ESPN+ has the rights to all of the MMA promotion’s live events. That means it’s your obvious place to watch UFC Fight Night: Overeem vs Harris online on Saturday, May 16 – the main card is scheduled to start at 9pm ET / 6pm PT, with early prelim action getting underway from 6pm ET / 3pm PT.

As a bit of a one off, tonight’s event is also being shown on ‘regular ESPN’ – so ideal for cable subscribers who have access to the sports channel. That also means those people that have streaming services like Sling TV and Hulu (which also has a 7-day free trial) can watch, too.

But for cord cutters wanting the best possible value, you can stream this and every other Fight Night event with all ESPN+ subscriptions – no extra PPV charges here. And given ESPN+ which costs just $4.99 a month, it really is a great value way to get some live sports back on your screen. Plus, you get access to loads of original content including Dana White’s Contender Series, UFC Destined, and Ariel & The Bad Guy, as well as classic fights, replays, and the perk of fewer commercials.

Even better value, though, is a combined bundle that includes ESPN+, Hulu and Disney Plus – all for the bargain price of just $12.99 a month. As well as UFC Fight Night action, you’ll get access all the best Hulu shows and the hugely impressive Disney Plus catalogue, which includes Marvel movies, Pixar flicks, and every Star Wars film ever made. Not bad going for the price of an appetizer!

In the UK and Ireland, BT Sport has the exclusive broadcast rights to UFC events, including UFC Fight Night: Overeem vs Harris on Saturday, May 16, when coverage of the prelims starts at midnight on BT Sport 1 and main card is scheduled to get underway in the wee hours of Sunday at 2am BST.

While it’s a pay TV network, the good news for BT Sport subscribers is that it airs UFC action at no extra charge – as well as Fight Nights, even numbered UFC events, like the recent UFC 249, are now coming as part of standard packages. With no extra PPV fees required, UFC fans in the UK arguably are the luckiest in the world.

And for streamers, BT Sport coverage of UFC Fight Night: Overeem vs Harris is also available via the BT Sport app and on its website. Don’t forget, you can now get BT Sport without a massive commitment, thanks to its £25 Monthly Pass.

How to watch a UFC Fight Night: Overeem vs Harris live stream in Canada

In Canada, the broadcast rights for UFC Fight Night events are held by TSN, which can be easily accessed via your TV, online or by using the TSN app. Access costs as little as CA$4.99 a week or $19.99 a month, with coverage of the Overeem vs Harris card starting at 7pm ET.

How to live stream UFC Fight Night: Overeem vs Harris in Australia

Fight fans Down Under may already know that ESPN Australia has the broadcasting rights to UFC. Events are available on pay TV via Foxtel and therefore also through the Foxtel Now streaming service or the tempting 14-day FREE trial on offer through Kayo Sports.

However, this is mostly the case with PPV events – for true fans, UFC Fight Night: Overeem vs Harris is best streamed using the promotion’s official UFC Fight Pass service. The main card should start at around 12pm AEDT on Sunday, May 17.