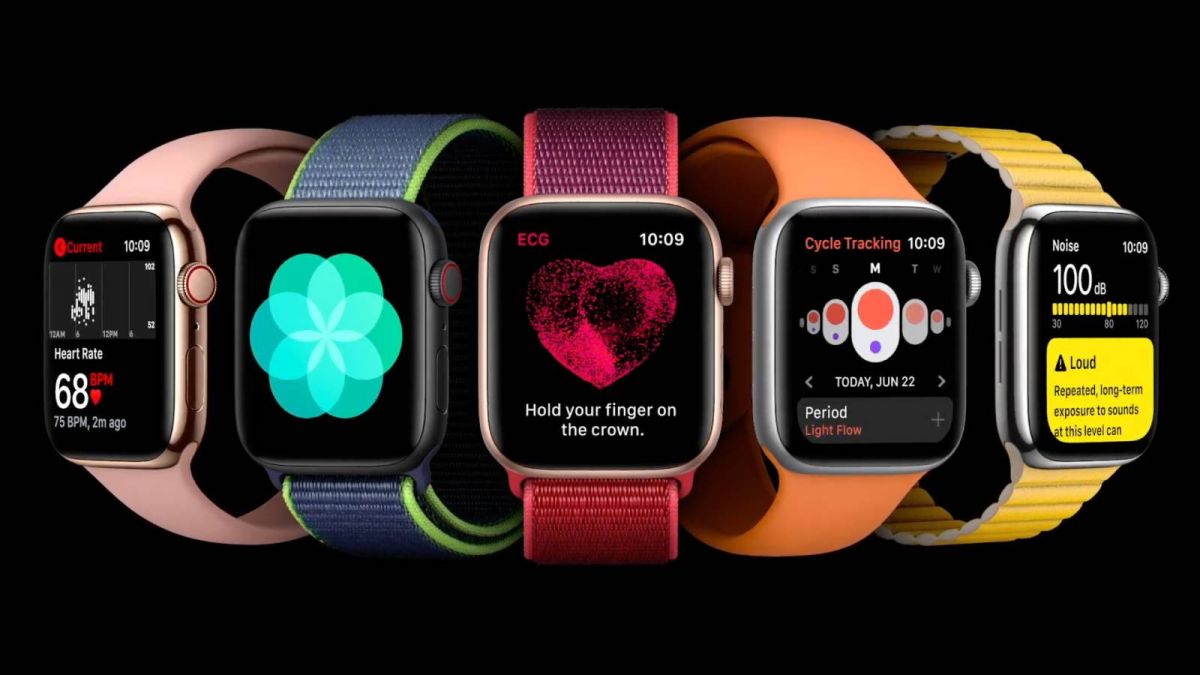 Apple has officially announced watchOS 7, the next big update to its Apple Watch operating system. We’re expecting the new version to arrive alongside the Apple Watch 6 when it launches later in 2020.

Apple revealed watchOS 7 at its WWDC 2020 event where we also saw iOS 14 and iPadOS 14. While we won’t see the new smartwatch operating system update for months, Apple revealed that, for the first time, a watchOS 7 public beta will be available starting in July, which is exciting for early adopters.

WatchOS 7 is set to introduce exciting new features that will change how we use our Apple smartwatches. WatchOS updates have brought new features to older Apple Watches, true, but we’re more excited about what the updates say about the next model.

We’d heard rumors of new health tracking (including measuring blood oxygen levels), but instead Apple revealed that new sleep-tracking and fitness features would be coming to watchOS 7. If there are more dynamic health tracking options coming with the Apple Watch 6, we might hear about them later.

Here are all the new features announced in watchOS 7, along with what it hints at for the Apple Watch 6.

Based on precedent, it’s safe to say that the next annual watchOS update will come in late 2020, possibly September – that’s around when the Apple Watch launches tend to be, and that’s when we were expecting to see the iPhone 12.

However the Covid-19 pandemic has reportedly caused other Apple device releases to be pushed back, so we could see watchOS 7 released later than expected – or perhaps even in 2021.

A watchOS 7 developer beta is available starting today, and it can be downloaded through Apple’s developer website – and, for the first time, a public beta will be available sometime in July on the company’s public beta website (we’ll follow up when the exact date is announced).

Will you Apple Watch get watchOS 7?

Bucking tradition, Apple followed up announcing watchOS 7 by confirming which Apple Watches will be getting the new operating system in a blog post. WatchOS 7 is confirmed for the Apple Watch 5, Apple Watch 4, and Apple Watch 3.

Yes, sadly, that means the Apple Watch 2 and Apple Watch Series 1 owners are out of luck. Original Apple Watch owners missed out on last year’s watchOS 6 update, and now we have a new threshold for devices that can upgrade to the latest watchOS.

WatchOS 7 gets refined complications, allowing devs to enable multiple complications and watch faces. You can create your own custom selection, for example a ‘surf watch’ with beachside conditions, to make your ideal watch face.

WatchOS 7 also makes it easier to share your watch faces via a new feature, Face Sharing. When you see a watch face you like, click the button prompt below it and the face will download – and you’ll be prompted to download any missing complications.

The Health app has finally added a long-requested sleep-tracking feature. This includes Wind Down, which allows you to create a personalized routine to get you to sleep, with options such as whether to wake up via audio tones or haptic vibration for a quieter and more personal alarm. WatchOS 7 tracks sleep with some informed help from on-device machine learning, and feeds that info into the updated Health app on a paired iPhone.

Yes, just like in iOS 14, watchOS 7 will include cycling directions in the Maps app. This includes elevation changes and navigation prompts with large, easy-to-read complications, which are granular enough to tell you about upcoming elevation changes or other trip disruptions.

The app can even suggest you alter a trip yourself – for instance, advising you to dismount and walk the bike or take a set of stairs to save time. You can customize your trip, too, to avoid elevation change or to take the most direct route, hills be darned.

Workouts are getting an upgrade, too, with Dance added as a total body workout. Dance will track four of the most popular (and broadly-defined) dance styles: Bollywood, cardio dance, hip hop, and Latin.

How? The Watch combines data from heart rate sensor, accelerometer and gyroscope to measure exertion while moving arms and legs. That’s not all: there are a few other new workout modes, including core training, functional strength training, and even cool-downs for winding down your exercise sessions. You can track all this in the redesigned Activity app – which will now be called Fitness – in iOS 14.

Apparently some of you haven’t been washing your hands enough! watchOS 7 will come with automatic handwashing detection, which uses machine learning and audio cues to measure whether you wash your hands for a full 20-second timer, with fun sounds to ensure you’re washing for long enough.

Better still, your handwashing data will be fed into the iPhone’s Health app, which will show the frequency and duration of washing your hands. Not only are your Apple Watch + iPhone paying attention – the Health app will also provide information on the importance of handwashing. Those of you who haven’t been, perhaps it’s time to learn.

That’s around 80 decibels for about 40 hours per week, according to the World Health Organization – exceed that, and your Apple Watch will warn you about it. The Health app on the iPhone will also track how long you’ve been exposed to high decibel levels over the week (that’s also where users can control the maximum audio level for headphone volume). In accordance with Apple’s privacy attitude, none of this audio data is saved or recorded by the Health app or your Apple Watch.

With watchOS 7, Apple Watches can now use Siri to handle translation, dictation through the Apple Neural Engine, and even use the voice assistant to audibly speak messages via the Announce Messages feature.