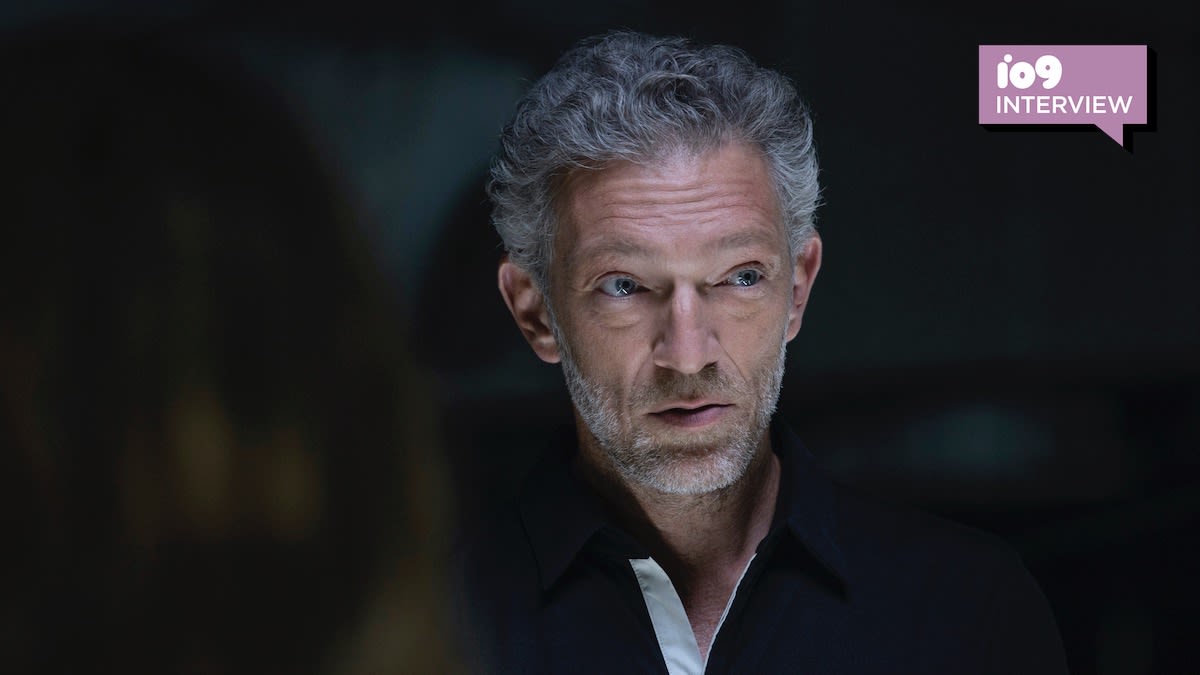 The latest season of Westworld has revolved around Serac, an enigmatic figure who came out of nowhere to serve as the puppet master of their world. Every episode has brought us one step closer to understanding the man behind the tech—and it turns out the answer was the very thing that surprised the actor playing him the most.

In an interview with io9, Westworld’s Vincent Cassel broke down the reveal from the season finale “Crisis Theory” (look for our recap tomorrow morning) that Serac was actually being controlled by Rehoboam, the AI supercomputer he and his brother had created. Maeve discovered that Serac had willingly connected himself to Rehoboam, sacrificing his own free will in the process.

For a while, it seemed like Rehoboam had everything figured out, that is until Caleb executed the “final choice” to have Rehoboam erase itself. Of course, that may lead to the extinction of humanity within 250 years. And unlike previous seasons, there’s nowhere to run because we’re not in a theme park (despite all the fan theories that we were in Futureworld this whole time). We’re in the real world and it’s totally fucked. Cassel told us that’s kind of the point. Westworld the park had to be destroyed to build something better for the hosts. This is on a much larger scale.

“Every big change goes through chaos. It happens in the universe, it happens in humanity, it happens everywhere all the time,” Cassel said. “Maybe that’s the idea, that we have to accept to break it all, to find something new that is better. ‘On the ashes of the old world’—or something.”

Serac’s story in the season finale seems to serve as a direct parallel to what happened with Dr. Ford (Anthony Hopkins). At the end of season one, Ford realized his creation had outgrown him. He chose to sacrifice his physical life so the hosts could be free to choose their own path, just like Serac’s humanity was likewise sacrificed in service of his creation. Cassel compared it to a parent realizing their child has outgrown them—only, you know, times infinity and with a lot more murder.

“Imagine that suddenly you have a son and this son is, you know, one of a kind. Can understand and memorize everything all the time, and suddenly by the age of 12 your son is already the most intelligent person on Earth,” Cassel said. “This thing got inside him and dictates everything that he says. He doesn’t control the machine, the machine controls him.”

It’s interesting that Serac’s journey lines up this way with Ford, who was a key figure in the first two seasons. Cassel said he was told early on that Hopkins wouldn’t be returning for season three and that his role was to kind of serve as Ford’s replacement. Cassel said he greatly admired Hopkins’ work on the show and said it’s been “surreal” to not only be part of the show but also filling in for such a substantive role.

“When I got to L.A. one of my first questions was, ‘So, who’s back? … Mr. Hopkins?’ They say, ‘Come on, Vincent, you’re the new Hopkins in this show,’” he said with a laugh. “For whatever reason, I have no idea, Anthony Hopkins didn’t come back. Well, he died but in this show anything is possible. But at the end of the day, I think yes, I am the mystery man now, on this season.”

That said, the difference between Ford and Serac is that Serac didn’t get shot in the back of the head by the end of the season. He was gravely injured by Maeve, who left him on the floor crying for his connection to Rehoboam to be restored.

So, what’s next for the “mystery man” at the center of it all: Is this the last we’ll see of Serac? Well, I’d put a pin in that. Cassel said he doesn’t know yet if he’ll be back for season four, which has already been announced for HBO, but he did indicate there’s more to Serac’s story than we’ve been told. “I have no idea what’s going to happen to him,” he said, before adding. “What I can say is: When they told me the whole story of Serac—and then I discovered bits and pieces of what they said through the episodes and the scenarios—that everything they told me on that first call is not in season three.”

I guess we’ll just have to wait and see. After all, we’re in the new world…and in this one, you can be whoever the fuck you want.