What the Mashable staff bought in November 2020 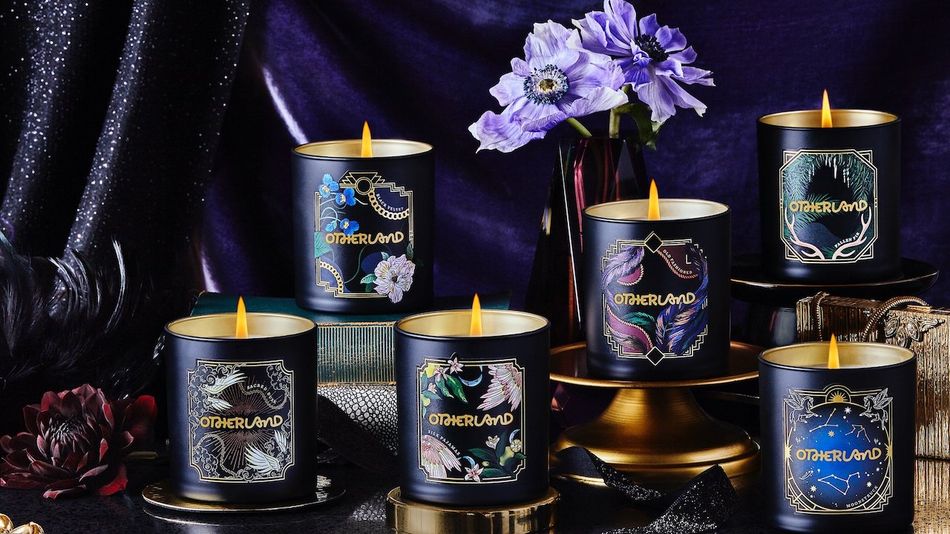 If you follow Mashable Shopping’s coverage, you know that we live to bring you the best product recommendations we can find based on countless hours of online research. But, what about the stuff that we buy for ourselves? The stuff that made it into our shopping carts? Well, we’re here to tell you about those things, and we’ll be back every month to do so again.

Here’s what the staff bought in November 2020.

Some cozy candles for the winter

“I bought three Otherland candles from their holiday ‘Gilded’ collection: Old Fashioned, Moonstruck, and Sacred Dusk. I bought Old Fashioned two winters ago and loved it; the smell is unique but not offbeat, and the candle burns for 55 hours. I refrained from buying Otherland last year due to the cost, but now that I’m spending around 23.5 out of 24 hours indoors on an average day I wanted to, as they say, treat myself (and you save $19 when you buy a three-pack plus free shipping, so why not?). All the scents are nuanced but cozy, and make me feel like I’m reading by a library fireplace and not in my apartment bedroom during a global pandemic.” —Anna Iovine, Sex & Relationships Reporter

Some peace and quiet

“Between my spouse, my cats, and all the street noise, my apartment hasn’t exactly been an oasis of calm and quiet this pandemic. These headphones let me pretend otherwise. The noise-canceling feature dials down the distraction when I’m trying to work, do chores, watch TV — basically anything where not listening to the whining of hungry cats or the drone of a leaf blower would be preferable. I’d had my eye on these for ages before I finally pulled the trigger, and my only regret is I didn’t do it sooner.” —Angie Han, Deputy Entertainment Editor

“I’ve been trying to get away from loofahs for a while. They’re a breeding ground for bacteria and replacing them all the time isn’t great for the environment. I decided to try the Boie body scrubber that had made itself very known in ads on Instagram. As long as you put your body wash directly onto the scrubber and rub it in (rather than lather it on your body first), it actually gets super sudsy. When it’s time for a new one, you can send it back to Boie and they’ll recycle it.” —Leah Stodart, Shopping Reporter

A pair of go-to shoes

“Ever since I started quarantining, I pretty much exclusively wear Vans slip-ons. I only really leave my apartment to walk my dog and run quick errands for necessities, so being able to just hop into my sneakers without tying them is nice, albeit lazy, I guess. I also skate in them sometimes, so they naturally get torn to shreds, which means I had to buy a new pair this month. I got the all-white ones, which I think look super cool once they get a little bit worn-in and scuffed up.” —Dylan Haas, Shopping Reporter

A new game for a new console

“I was one of the lucky people who actually got a PlayStation 5 on day one, and the first thing I did was jump into Marvel’s Spider-Man: Miles Morales. I devoured it over a few days, and it’s one of the best games I’ve played in 2020. A must-play, for sure.” —Dylan Haas, Shopping Reporter

Something other than sweats

“I’m trying to force myself to wear more ‘hard pants’ while working from home instead of falling back on sweatpants and running shorts every day. Wearing real clothes just makes me feel a tiny bit more productive. I’ve always like Carhartt’s carpenter pants, and apparently, they’re back in style now, so I picked up a pair. They even have pockets for knee pads, which I will probably never use.” —Dylan Haas, Shopping Reporter

“If you read the September edition of what our staff bought, I wrote about a couch I got for my new apartment. Well, it’s still not here yet, but I decided to just start buying the other stuff I need to have a functioning living room. So, I bought this really nice Samsung 4K TV and it is so beautiful. The bezels are virtually nonexistent and it’s HD without looking like a soap opera. I did have to blow up my air mattress as an interim couch while I watch TV on the floor, but we don’t need to get into that.” —Miller Kern, Shopping Reporter

Some cute earrings from a local small business

“My mom’s birthday is in December and we live in different states, so I’m not able to be with her on her b-day. I bought her these cute earrings from a local seller in our hometown as a gift, and I also bought a few other pairs for myself, so I had them all shipped to my apartment. I ended up really liking the pair I bought for my mom, so I just kept them and bought a second set that’s getting shipped directly to her house. In the end, my mom and I both get some fun earrings and I don’t have to make a trip to the post office. I’d say that’s a win.” —Miller Kern, Shopping Reporter

Something with a little kick

“Putting this chili sauce on everything. I’ve used it for a cauliflower taco marinade, put it in instant ramen and instant miso, and even juiced up disappointing delivery. The garlic comes through strongly but not overpoweringly. I’m obsessed.” —Caitlin Welsh, Mashable Australia Editor

“This purchase wasn’t really my choice. My 20-month old son loves listening to animal noises on the Echo dot, one of which is the sound of cats. So when Alexa asked if we wanted to purchase the premium version which includes unlimited meows, before I could even answer, my son said ‘yes.’ So now I have unlimited meows.” Jose Ruiz —Production Designer, PCMag

“I bought a Lodge brand package set of a Dutch oven and three cast iron skillets in different sizes from Walmart for about $60 as a gift. Frankly, it’s kind of an amazing deal as the Dutch oven alone retails for about $70, and when properly cared for, the cast iron skillets can last a lifetime. The gift was a housewarming present, so starting them off with useful and long-lasting cookware for under $100 was a pretty big win, and while Lodge isn’t the most expensive brand in general, they’re also the standard for cast iron, so there’s really no downside here.” —Jules Suzdaltsev, Video Producer

“One of my favorite Chicago artist’s parrots had a major health scare recently, so she’s selling these screen prints of one of her amazing chain-stitched pieces to help offset vet bills. (That’s Pineapple Zone/“PZ” on the left and her brother Chimichurri on the right — icons only!) As a fellow Bird Person who likes dumb puns (and the occasional blunt), I felt legally obligated to buy one, and it’s now hanging above my desk in an old gold frame as the focal point of a little office gallery wall.” —Haley Henschel, Freelance Deals Writer

The Dutch oven that everyone aspires to

“My Food Network-brand Dutch oven from Kohl’s is the most-used item in my kitchen by far, and while there’s nothing necessarily wrong with it, I’ve always thought about upgrading to a nicer, heirloom-quality one from Staub or Le Creuset if/when the opportunity presented itself. Enter: this 4-quart cocotte, which dropped to just $99 ahead of Black Friday. (It’s usually $429, and getting Staub anything on sale for that big of a discount feels like a crime.) The white truffle one I ordered just arrived and it’s maybe the most exciting thing that’s happened to me in months.” —Haley Henschel, Freelance Deals Writer

“Back when you could go to a salon, I went to the colorist at mine and was going to tell her that I wanted a glaze to make my brown hair a few shades darker. ‘My hair is,’ I started. ‘Brassy?’ she finished. So during quarantine, I purchased Kristin Ess The One Purple Shampoo and Conditioner. My hair is less, yes, brassy.” —Chandra Steele, Senior Features Writer, PCMag

“Last year, my sister and I took a road trip to Big Sur and listened to Kacey Musgraves’ album Golden Hour practically the whole weekend. This year, we can’t really travel, let alone be in the confined space of a car together, because of the pandemic. So when I saw this candle that is a collaboration between Musgraves and the too-cool candle company Boy Smells, I wanted to get it for my sister to help us remember better times. The scent is called ‘Slow Burn,’ named for one of the best songs of the album. The collab is cheesy, but in a way that made me a total sucker for it. As Kacey says, ‘I’m alright with a slooowwww burnnnnnnn…..'” —Rachel Kraus, Tech Reporter

The comfiest sweatshirt you’ve ever seen

“My favorite purchase this month was the ‘Comfy Sweatshirt’ — I can use it as a hoodie and a blanket. It’s huge, but it definitely makes me feel comfortable. Now I don’t have to worry about being cold while working from home or about winter quarantine sadness as much.” —Gigi Wong, Audience Development Analyst

“I have a completely healthy obsession with Kacey Musgraves and everything she does, so naturally when I spotted this beanie on her Insta stories, I knew I had to have it. Cute, keeps my ears warm during the brutal Austin winter, and less than $20!” —Megan Siler, Senior Product Manager

Something to plan ahead

“I use my Silk + Sonder planner almost every evening to unwind and reflect on my day. This notebook is a hybrid planner/journal with space for reflection, a few “activity” pages each month that highlight the month’s theme, as well as a weekly view that lets you note birthdays and upcoming plans. As someone who finds comfort in a good plan and organized thinking, these planners have brought me so much peace. There are plenty of ‘notes’ pages throughout for letting creative juices flow as well.” —Megan Juliano, VP of Strategy & Planning, ZMG

“Being home for months on end hasn’t inspired me to clean anymore. I hoped it would, but alas, here we are. I found this gem and might rank it as one of the best purchases I have made all year. It makes it as easy to do a quick mop job as it is to do a deep clean, so whereas I may not be any more inspired, I am far less burdened, which is a 2020 win if you ask me.” —Barret Wertz, Style & Grooming Editor, AskMen