Which AirPods competitor is worth your money? 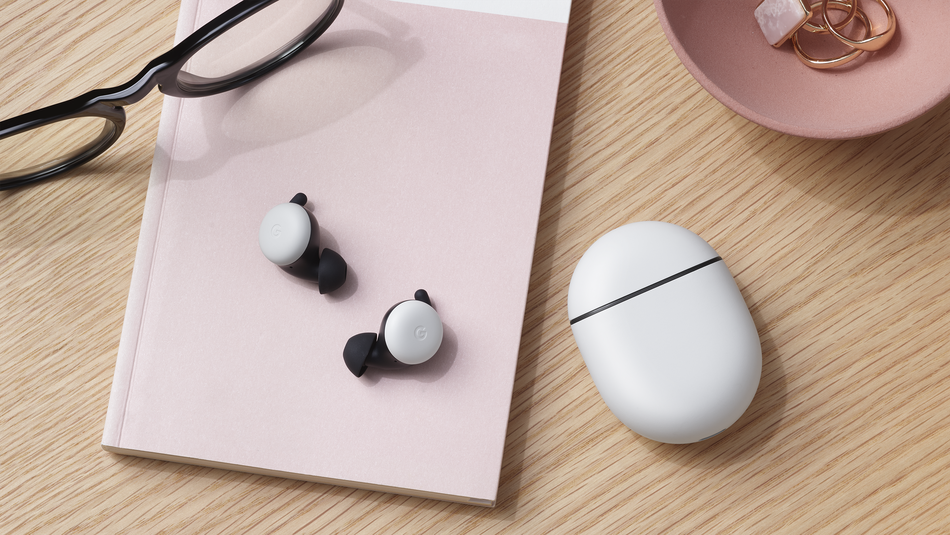 Ever since Apple launched its AirPods in 2016, they’ve become the face of the wireless earbud movement. Now, nearly four years later, with Apple continuing to dominate the category with a “Pro” line and premium features like active noise cancellation, rivals Google and Microsoft have finally released earbud competitors onto the market.

The Pixel Buds from Google and Surface Earbuds from Microsoft are available for $179.99 and $199.99, respectively, but they don’t serve exactly the same needs. Pixel Buds obviously work best when paired with Android devices, while Surface Earbuds are catered more to professionals with a PowerPoint deck at the ready. And, when it comes to iPhones, neither of these wireless earbuds integrate as seamlessly as AirPods do.

So today, we’re going to break down the highs and lows of both the Pixel Buds and Surface Earbuds to address that eternal question: Which wireless earbuds are better? That way, you can decide which one fits your lifestyle and which one can stay on a store shelf.

Sound quality is obviously the most important part of any pair of wireless earbuds. All the extra bells and whistles in the world don’t matter if you can’t adequately jam out to a Spotify playlist. The good news is it doesn’t really seem like you can go wrong with either the Pixel Buds or Surface Earbuds based on sound quality alone.

In terms of specs, you’re dealing with a 12mm driver in the Pixel Buds and a 13.6mm driver in the Surface Earbuds. When I reviewed Google’s Buds, I found a decent amount of depth to the sound, with different elements of densely composed songs coming through pretty nicely. But if I had to pinpoint a problem with the Pixel Buds’ sound, it’s that the bass doesn’t always bump as hard as I’d like.

Microsoft’s Surface Earbuds, on the other hand, might actually slightly edge out the Pixel Buds in this category and this category alone. When our deputy tech editor, Joseph Volpe, reviewed the earbuds, he found they had nice depth to their sound and had kinder things to say about their bass output than I did about their Google equivalent. Bigger drivers aren’t inherently better, but in this case, the Surface Earbuds may actually deliver more of a kick than the Pixel Buds.

It’s worth noting that neither pair of earbuds comes with active noise cancellation of any kind. The Pixel Buds have an adaptive sound option that will raise or lower volume based on the world around you, but I found this subtle to the point of feeling useless. The Surface Earbuds don’t appear to have any kind of alternative, so it’s a choice between a pointless ambient sound feature and no noise cancellation feature at all. Let’s call it a wash, then.

Buy the AirPods Pro if you really need to filter out noise.

Winner: Surface Earbuds (but only slightly)

How do they look?

This is where things take a bad turn for Microsoft. Anyone who chooses to buy either the Pixel Buds or Surface Earbuds will get a fairly unassuming-looking pair of wireless earbuds. But, even in this regard, Google’s earbuds are more attractive by our standards.

They’re small, circular, and frankly tough to notice in someone’s ear unless you look closely. The egg-shaped charging case is also easy to tuck away and conveniently tells you whether or not it’s charging with a small LED indicator on the front. That’s really all you need.

Unfortunately, the Surface Earbuds don’t grade quite as well in this category. They’re not ugly by any means, but the earbuds’ circular, flat touch panels are quite large relative to other wireless earbuds, and that’s because Microsoft wants you to use gesture controls. (I’ll address why that’s a bad idea in a bit.) Meanwhile, the charging case is marred by hard edges on the outside and a charging LED you can only see by opening the case.

When it comes to in-ear comfort, we don’t have much to complain about with either pair of earbuds. Our Surface Earbuds review noted that Microsoft’s option feels right in your ear, though you may have to occasionally readjust them if you’re moving around a great deal. That’s not horribly uncommon or unacceptable for wireless earbuds. They come with removable earbud tips in three different sizes, just in case the default size doesn’t work for you.

The same goes for Pixel Buds, which come with small, medium, and large tips in the box. Google smartly put what they call a “stabilizing arc” on the buds that keeps them fairly snug in your ear, as long as you position it properly. It’s no different from the Surface Earbuds, really, as it just requires a bit of fiddling to make sure everything is where it should be. Overall, comfort is not a problem for either of these earbuds.

In both form and function, the Pixel Buds have better physical characteristics than the Surface Earbuds. Microsoft’s daring earbuds certainly have a “look” all their own, but they’re not as aesthetically pleasing to wear as what Google has made.

How well do they work?

This is maybe the toughest category to evaluate because our reviewer had two very different experiences with two pairs of Surface Earbuds. A pair he’d bought at retail was littered with bugs, including defective touch panel controls, finicky Bluetooth pairing, and a left earbud that would disable audio entirely if he tried to use basic features.

A second pair, approved and provided by Microsoft, worked roughly as advertised. But even then, he found the touch controls on the large outer panels to be unimpressive. Double tapping will answer or end a phone call, or pause a track. Horizontal swipes control track skipping while vertical swipes control volume. That’s all reasonable, but our reviewer had a difficult time getting those gestures to work consistently.

Considering Microsoft expects people to use those gesture controls to do things like move forward in PowerPoint presentations, it’s not a good sign that two different pairs failed to make that key feature seem useful. You can use your voice to dictate things in Microsoft Office products like Word, and, for what it’s worth, that at least seems to work just fine.

On the other hand, the Pixel Buds aren’t quite as problematic as music or podcast-listening devices. Bluetooth connectivity wasn’t noticeably worse than AirPods in my experience. Single taps pause playback, double taps skip ahead, and triple taps skip backwards, while vertical swipes control volume. The controls can be a tiny bit sensitive, but it at least works the way you need it to work about 90 percent of the time. The Pixel Buds can also work with Google Assistant using voice commands, which is nice. However, just like the Surface Earbuds, some of these extraneous features leave a lot to be desired.

I’ve already covered the ineffectual adaptive volume toggle in the Pixel Buds, so you know to discount that feature. But there’s also a voice-driven Google Translate feature that purports to translate multilingual conversations into something resembling real time. In practice, it’s awkward and slow. To make it work, you need to have the Translate app open on your phone during the conversation and, even then, the rate at which it translates sentences is not adequate for carrying on a real conversation. Real-time translation is a great idea that simply needs some more time in the oven.

Great news for Microsoft: The Surface Earbuds stack up extremely well in regard to battery life. They’re rated for up to eight hours on a single charge, with two additional full charges packed into a fully juiced-up charging case. In practice, our reviewer got about seven hours of battery life on a single charge. The Surface Earbuds may not always reach that eight hour mark, but they come close enough to earn points from us.

Pixel Buds, meanwhile, are only rated for five hours of listening time with a full charging case packing 24 hours worth of power. In my experiences with the Pixel Buds, the battery has lasted anywhere between three and five hours on a charge while mostly listening to things at high volume. It’s not a disaster at all, as the regular AirPods are rated for the same battery life. But Microsoft handily wins this category.

Is there an app for that?

Last but not least, both earbuds need to be configured with mobile apps. We’ll start with the Pixel Buds app, which is built into Pixel phones and available as a separate Play Store download on other Android devices. It gives users the options to configure touch controls, turn off the adaptive volume setting, take care of Google Assistant housekeeping, and more. It’s straightforward and easy to use, but it’s not available at all on iOS.

That said, the Pixel Buds do work very well with iOS — as long as you’re fine with not being able to adjust those particular settings. But iPhone owners should know they are not the target audience for these earbuds.

Microsoft gets a few points for being more accommodating with a simple Surface Audio app that’s available across Android, iOS, and Windows 10. Though, there aren’t many options to tweak in the app compared to its Pixel Buds equivalent. You can turn off the touch panels from the app, but other than that, you’re mostly stuck with a battery level readout and tutorial videos.

Pixel Buds are generally the better bet when it comes to everyday performance, but neither device is perfect. Bonus features come with plenty of caveats in both cases, making it tough to recommend one or the other on those merits alone.

Which has the best bang for your buck?

You read that right. Minor performance and feature differences aside, these are very similar products with only a $20 price difference between them. We think Google has to win this category.

Which wireless earbuds should I buy?

In summary, Google’s Pixel Buds offer better day-to-day performance, less absurd physical design, and more consistently functional touch gestures than the Surface Earbuds for $20 less. They are by no means perfect; bonus features like adaptive volume and Google Translate fail to impress, and they offer much better value to Android users than their iOS counterparts.

That’s not to say the Surface Earbuds don’t have their merits. Microsoft’s alternative earbuds have slightly better bass output and Office dictation that could theoretically make your work life easier. They also play a little more nicely with iPhones thanks to support for the Surface Audio app. That said, the touch panels are not functional enough to justify their huge size and it’s hard to find a reason to spend that extra $20 when the Pixel Buds are right there.

Apple may still be sitting pretty on the wireless earbuds throne (especially for iOS users), but the competition is getting slightly better over time. Whether you go with the Pixel Buds or Surface Earbuds, take solace in the fact that you could do much, much worse. 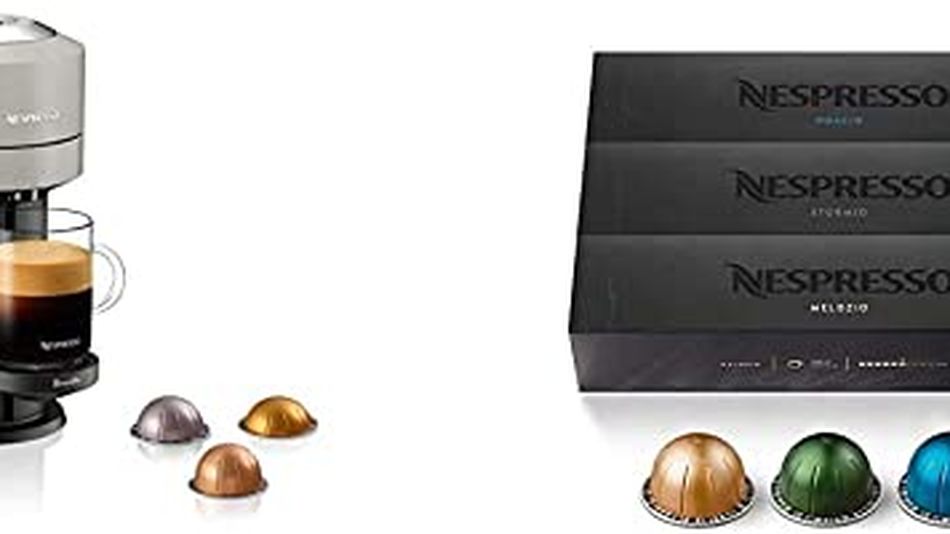 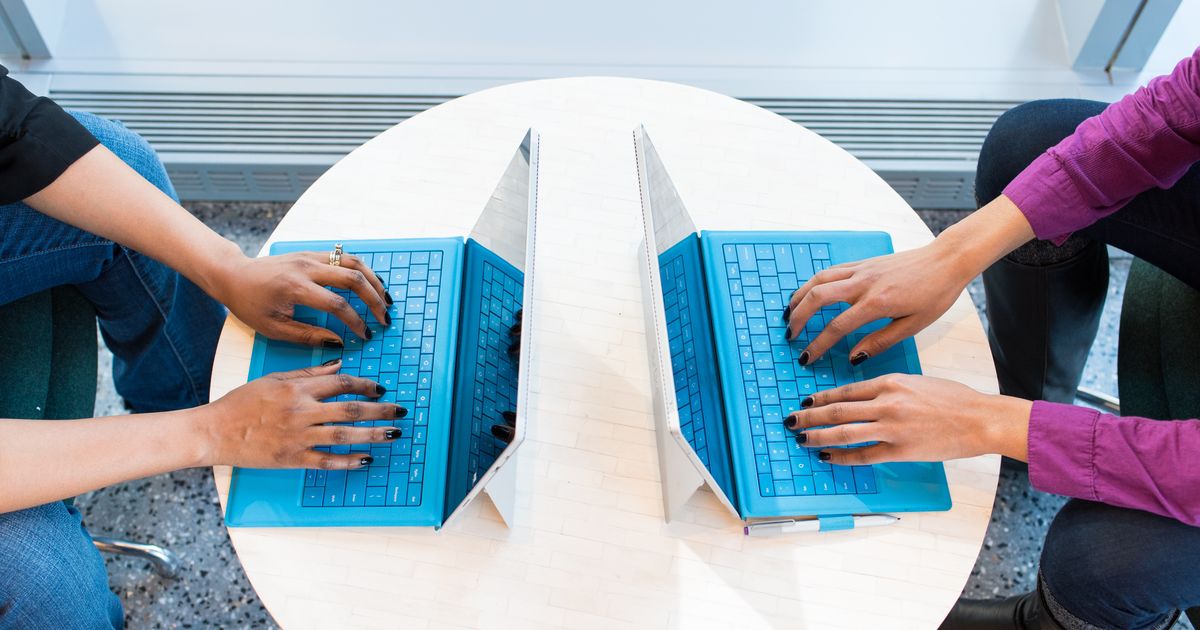 8 of the best cheap laptops in the UK 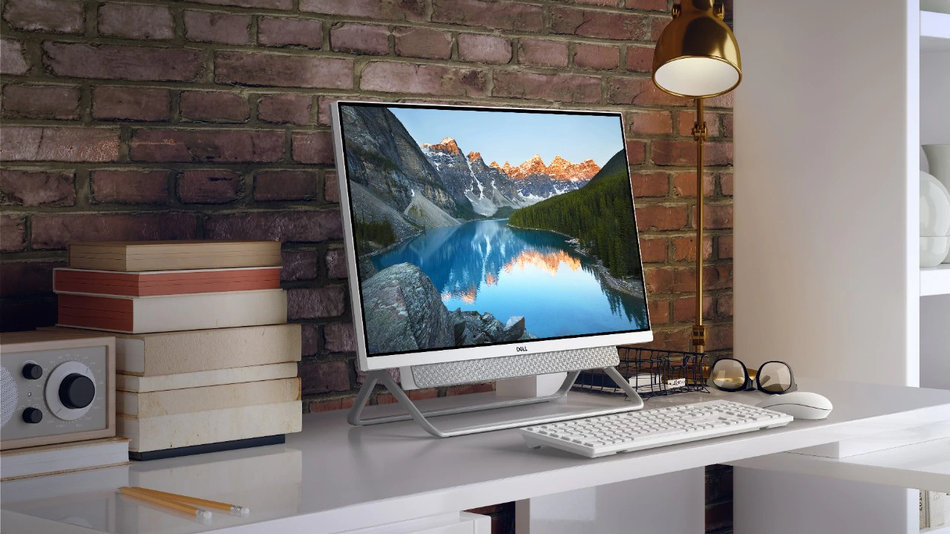 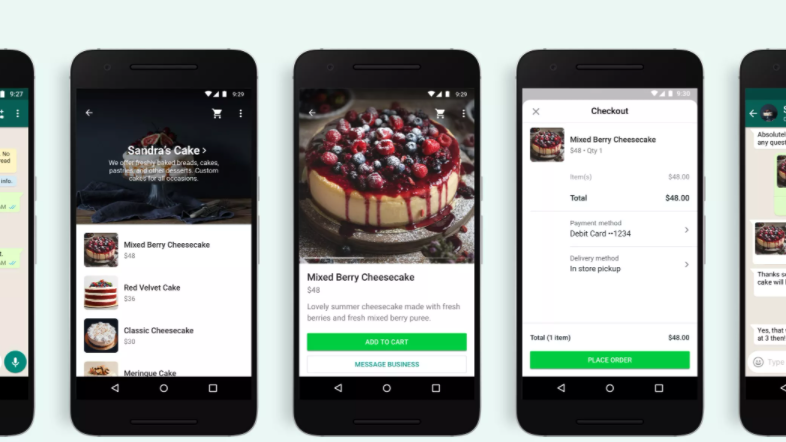 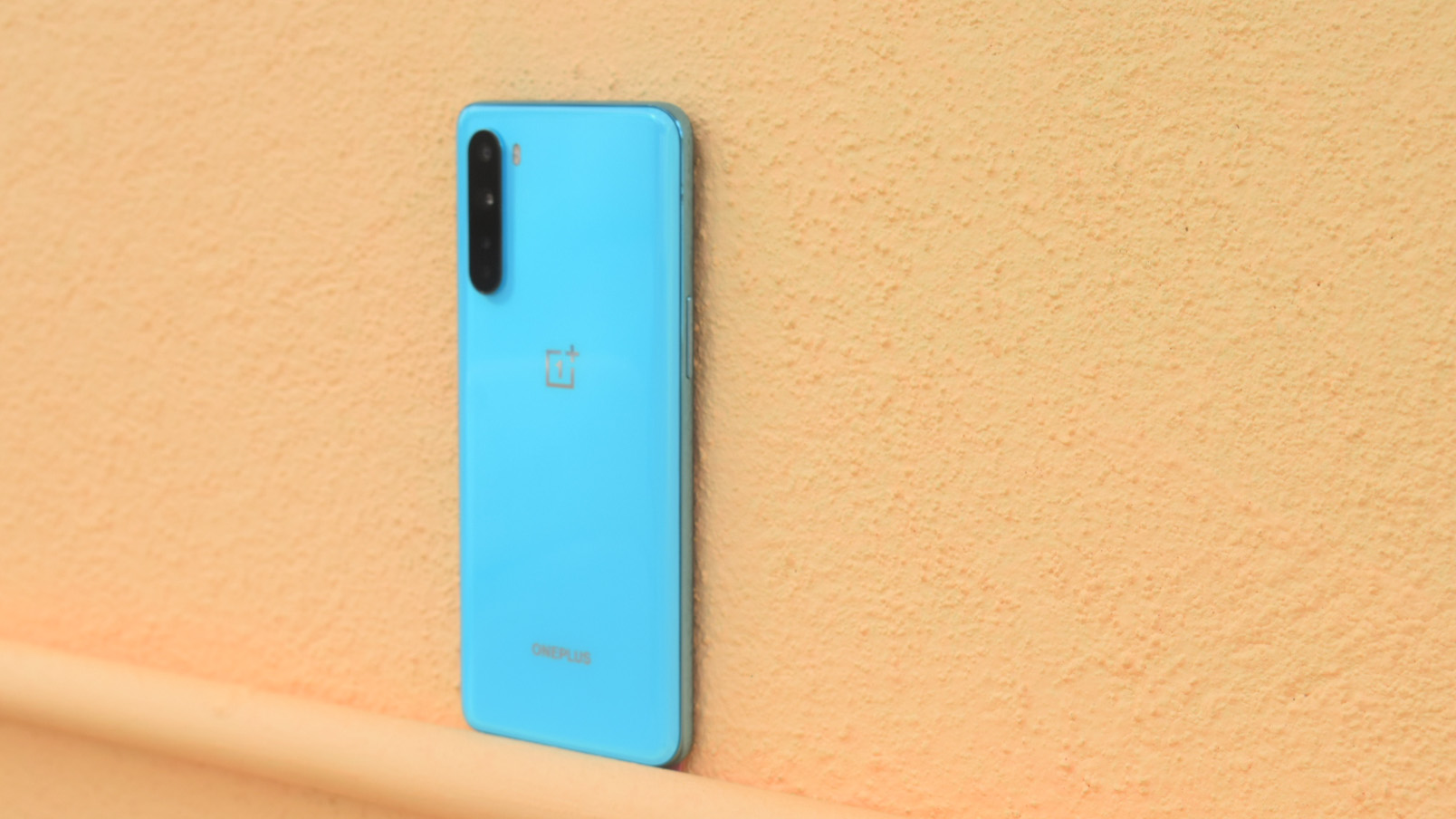 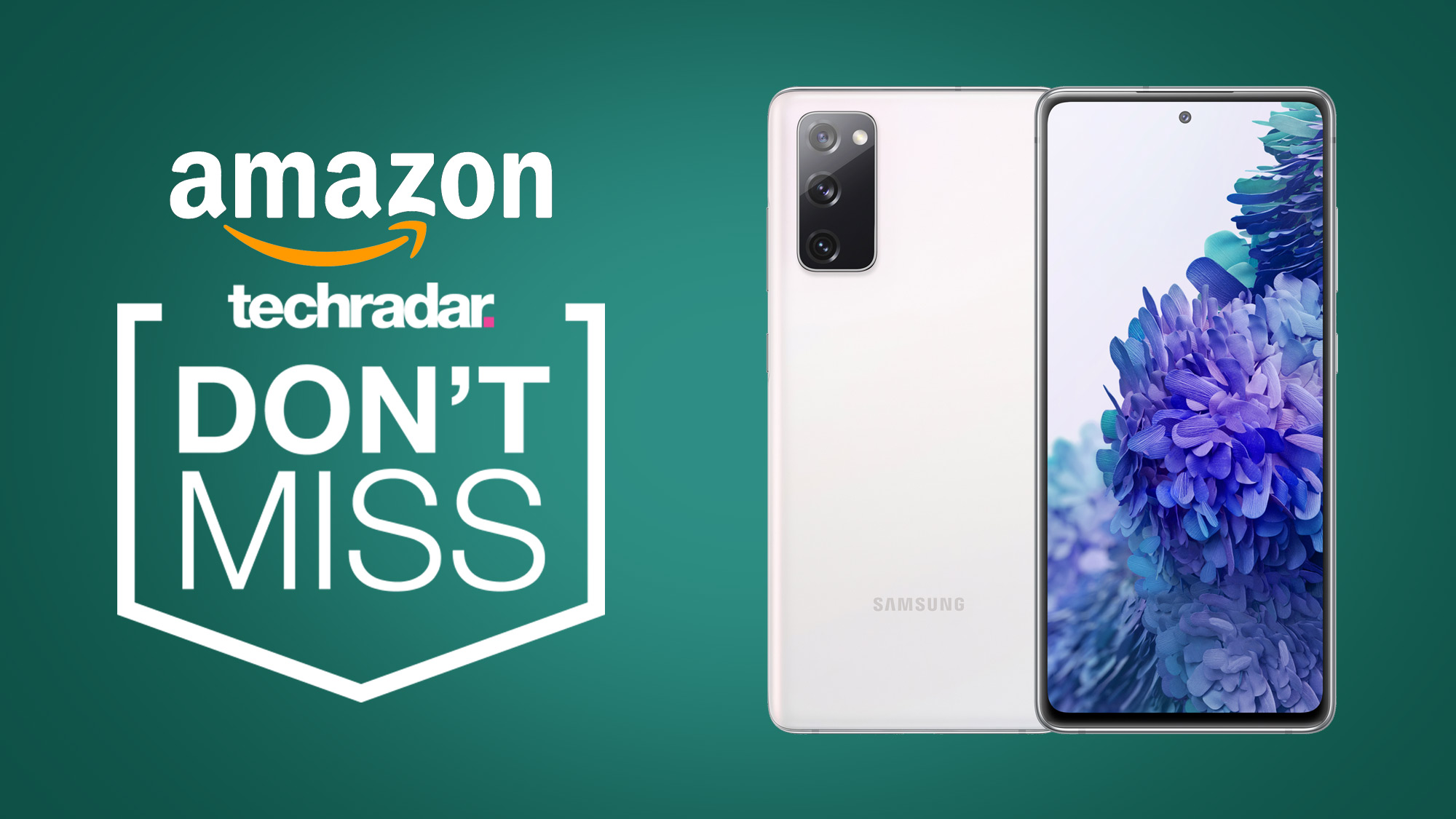 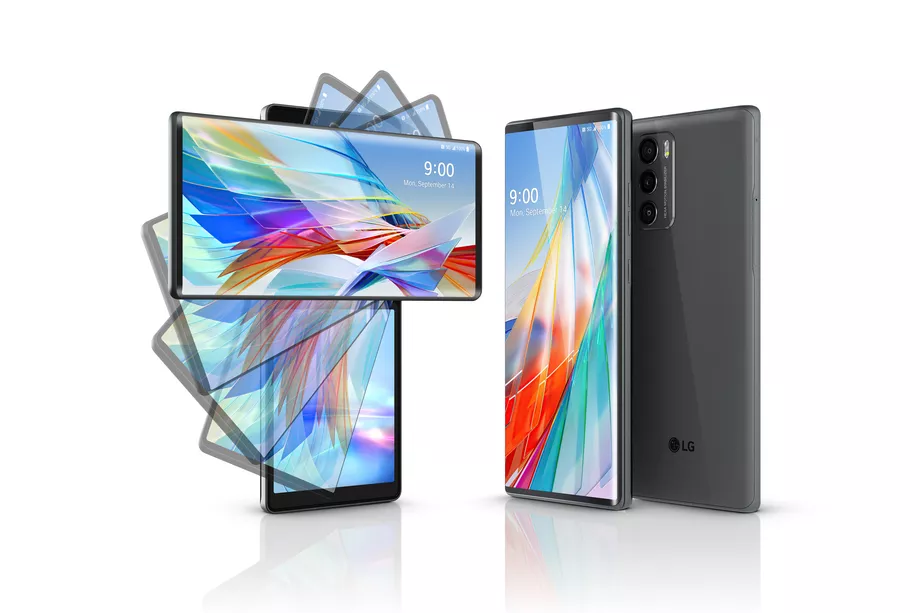