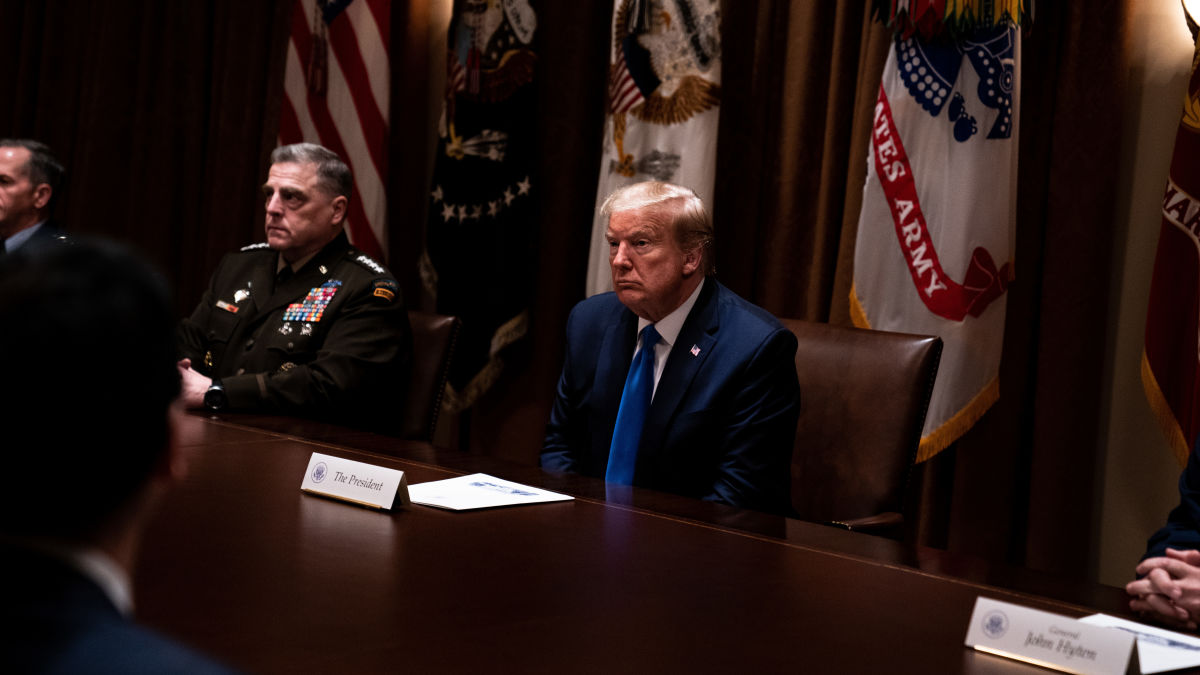 Even as President Donald Trump continues his push to “reopen” the country, arguing last week that “more death” is a small price to pay to halt the worst economic downturn since the 1930s, employees in the country’s most secure building reportedly say they now dread showing up to work.

News of that the coronavirus has breached the White House gates, infecting a military valet whose duties included serving Trump’s meals and helping him dress, has fomented anxiety and fear among those who staff the president, according to multiple reports.

The cases also threaten to undermine Trump’s message that the time has come to get Americans back on the job. If the White House, oft-regarded as the “best-protected” workplace in the world, cannot protect its own employees (despite having unlimited access to testing) then what hope is there, really, for the rest of the country?

The Washington Post reported Saturday that White House supervisors had encouraged their staffs to come into the office despite the covid-19 cases and that aides closest to the president were unlikely to quarantine for two-weeks, which is the time frame recommended by public health officials. Certain precautions are reportedly being taken, however, including daily temperature checks, the use of hand sanitizer, and daily tests for those in close proximity to the Oval Office, according to a White House spokesperson.

Vice President Mike Pence’s press secretary, Katie Miller, also tested positive for the virus on Friday. But in what may simply be a display of false bravado, neither he nor the two aides that accompanied him inside the White House complex on Monday morning were wearing masks.

Documents obtained by Yahoo News last week indicate as many as 11 Secret Service employees have also tested positive for covid-19, though it’s unclear in what capacity they serve. The Secret Service staffs not only the president but also other important figures, including presidential candidates.

Unlike Pence, members of the White House coronavirus task force—including Food and Drug Administration commissioner Stephen Hahn and CDC Director Robert Redfield—have begun a period of quarantine. Dr. Anthony Fauci, the nation’s top infectious disease expert, has also entered a quasi-quarantine, which may involve him going to work, provided he’s the only one present.

The three health officials are expected to testify remotely next week before the Senate Health, Education, Labor, and Pensions Committee, or HELP.

American companies that haven’t gone bankrupt, as some major retailers have, are bracing for a slow recovery. The Wall Street Journal reports economists anticipate a “swoosh-like” bounce-back, named for its similarity to the Nike logo—not the “v-shaped” recovery they had hoped for. The paper reports that shoppers are likely to remain “tightfisted” long after the lockdowns lift, with many forgoing activities like going to the movies and getting haircuts until a vaccine is available.

More than 33 million Americans have filed for unemployment in the past seven weeks. Twenty million jobs were lost in April, economic devastation unseen since the height of the Great Depression. Hassett said Sunday he expects unemployment to climb “north of 20 percent” before the job market stabilizes.

The United States leads the world in the number of confirmed covid-19 infections, with nearly 1.4 million cases so far. More than 80,000 will be dead by Tuesday.