Who Discovered the First Vaccine? 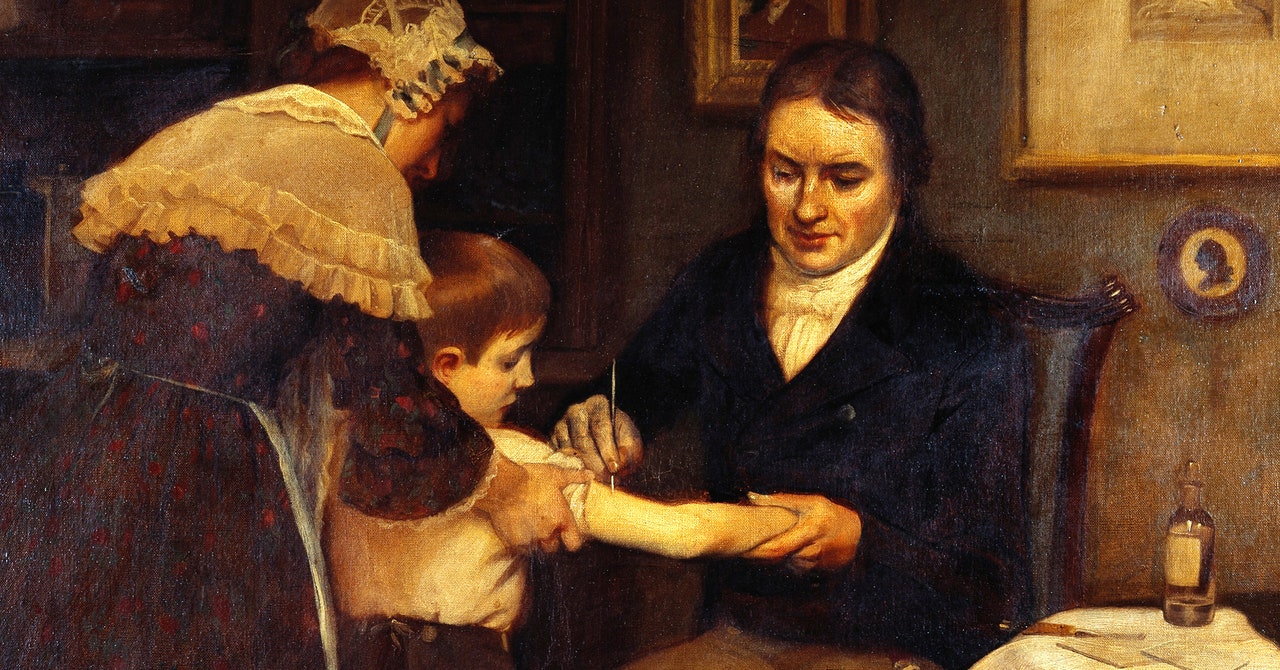 It was the evening of October 12, 1768, and Dimsdale was preparing the empress of Russia, Catherine the Great, for her procedure. From a technical perspective, what he planned was simple, medically sound, and minimally invasive. It required only two or three small slices into Catherine’s arm. Nevertheless, Dimsdale had good reason for his concern, because into those slices he would grind a few scabby pustules teeming with variola—the virus responsible for smallpox and the death of nearly a third of those who contracted it. Though he infected Catherine at her behest, Dimsdale was so concerned about the outcome that he secretly arranged for a stagecoach to rush him out of St. Petersburg should his procedure go awry.

What Dimsdale planned is alternatively called a variolation or inoculation, and while it was dangerous it nevertheless represented the pinnacle of medical achievement at the time. In a variolation, a doctor transferred smallpox pustules from a sick patient into a healthy one because—for reasons no one at the time understood—a variolated patient typically developed only a mild case of smallpox while still gaining lifelong immunity.

Twenty-eight years later, Edward Jenner improved this proto-vaccination when he discovered he could use a safer, sister virus of variola called cowpox to inoculate his patients. But it’s the original variolation—not Jenner’s vaccine—that first established the efficacy of the crazy, and at the time ludicrously dangerous idea upon which nearly all vaccines rely: The intentional infection of a healthy person with a weakened pathogen to bequeath immunity.

Modern immunologists have advanced this life-saving concept to such a degree that if they find a vaccine for Covid-19, it will pose no risk of widespread infection. Inoculums today induce the production of antibodies while being incapable of large-scale reproduction. But that wasn’t the case when they were first discovered. When Dimsdale variolated Catherine, his process merely gave her immune system the upper hand. He knew she would sicken.

By now we are so familiar with the life-saving concept behind vaccines that it’s easy to forget how insane, genius, and unethical these first inoculations must have been. Even Dimsdale, who had performed the procedure thousands of times, was clearly skeptical he could talk his way out of a noose should Catherine’s variolation end poorly.

And yet the idea to intentionally infect a patient with a lethal virus to help them did first occur to someone—and it was perhaps the greatest idea in the history of medicine.

It was not Jenner’s idea, nor was it Dimsdale’s. But it may have been a single person’s. Remarkably, variolation may not have been independently discovered. Instead, the earliest documentation suggests it began in China—probably in the southwestern provinces of either Anhui or Jiangxi—before spreading across the globe in a cascading series of introductions.

Chinese sea merchants introduced the procedure to Africa, brought knowledge of it overland to India, and carried it along the Silk Road to Turkey, which is where 18th century European ambassadors finally learned of the technique and brought it home. The timing and paths of variolation’s introductions around the world suggests the idea spread out of one place, at one time. Perhaps from one person.

According to one legend, recounted in Yü Thien-chhih’s Collected commentaries on smallpox written in 1727, the first inoculator was “an eccentric and extraordinary man who had himself derived it from the alchemical adepts.”

Who was this “eccentric and extraordinary man” who invented immunology with one of the greatest ideas and boldest experiments in medical history?

His or her name is not only long lost, but it was probably never written. However, legends and ancient Chinese medical treatises make it possible to construct a plausible biography for someone who I’ll simply call the “extraordinary man,” after Thien-chhih’s legend, or “X” for short.