Why Derechos Are So Devilishly Difficult to Predict 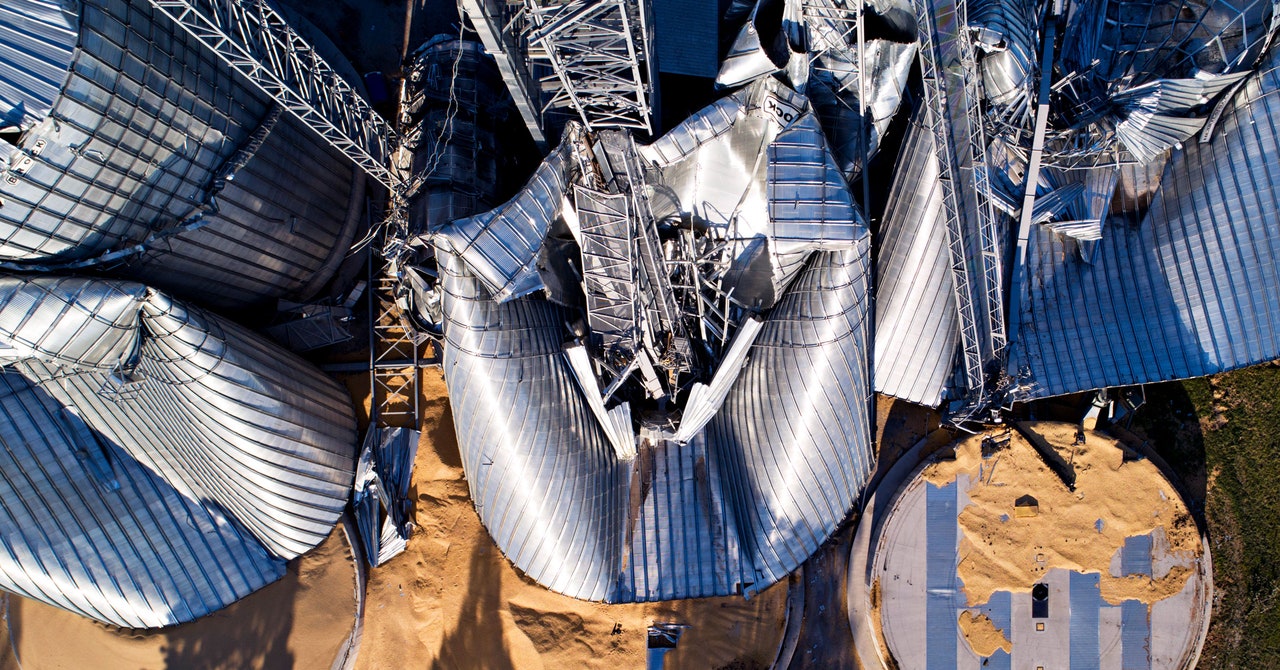 At 8:30 am on Monday, Mark Licht was sitting in his home outside of Ames, Iowa, on a conference call with other agronomists and meteorologists from around the state. Iowa had been having a dry spell, the western half of the state stricken with severe drought. What farmers needed was a big storm, thought Licht, a cropping systems specialist at Iowa State University. The meteorologists on the call told him that one was just getting started in South Dakota and Nebraska. But, they said, it didn’t look like it would have the energy to make it into Iowa. Everyone crossed their fingers and hung up.

Around 10:15 am, Licht got an email from the group; the storm looked like it might be sticking together after all.

Less than an hour later, he heard storm warning sirens blaring from the closest town. He went outside. It was sunny, barely a cloud in the sky. The air was still and the humidity suffocating. “That’s weird,” he thought. But when he checked radar he saw a huge mass barreling in his direction at about 60 mph.

He got his family into the basement, and 10 minutes later the storm was on top of them. Rain so heavy you couldn’t see more than a few feet ahead. Winds so fierce they could shear a tree in half. When Licht and his family emerged about 45 minutes later, the steel shed where their cars were parked had completely collapsed. “We were smack in the middle of one of the more devastated storm paths,” says Licht. “It’s going to be a long process to deal with the damage, but we’re lucky it wasn’t worse.”

Iowa knows summer storms. But the one that tore across the Midwest on Monday, traveling 770 miles in 14 hours, leveling 10 million acres of crops, twisting grain silos, and knocking out power for hundreds of thousands of people for days, was a rare type of storm known as a derecho.

The term means “straight ahead” in Spanish, and was coined in the late 1800s by a Danish physics professor at the University of Iowa, who used it to describe the “straight blow of the prairies,” in contrast to the circular winds associated with tornadoes. Today, for a derecho to meet the National Oceanic and Atmospheric Association’s definition, it must travel at least 240 miles and move at speeds of at least 58 mph. This week’s derecho hit top speeds around 112 mph in Cedar Rapids, Iowa, about two hours due east of Licht’s home.

“Derechos are these long-lived, fast-moving walls of super-thunderstorms,” says Paul Huttner, a meteorologist who watches the weather for Minnesota Public Radio. They’re regular but not common events, occurring in the Midwest one or two times a year. Derechos come in two varieties: linear and progressive. Monday’s storm was a progressive derecho, which moves faster, is more compact, and packs more of a punch than its more spread-out sibling. And this one, says Huttner, “was a real doozy.”

Derechos are often referred to as “inland hurricanes,” because the experience on the ground—whipping, destructive winds; sideways pelting rain—is similar to being inside a Category 1 hurricane. But they’re completely distinct weather phenomena. Derechos are fueled by different factors and behave more like a stampede of wildebeests than a bloat of hippopotamuses. And unlike the path and severity of hurricanes, which scientists have gotten good at forecasting days or even weeks in advance, predicting where and when a derecho will form remains one of the most challenging tasks facing meteorologists.