Why do online trolls call SWAT teams? Because the police hurt people 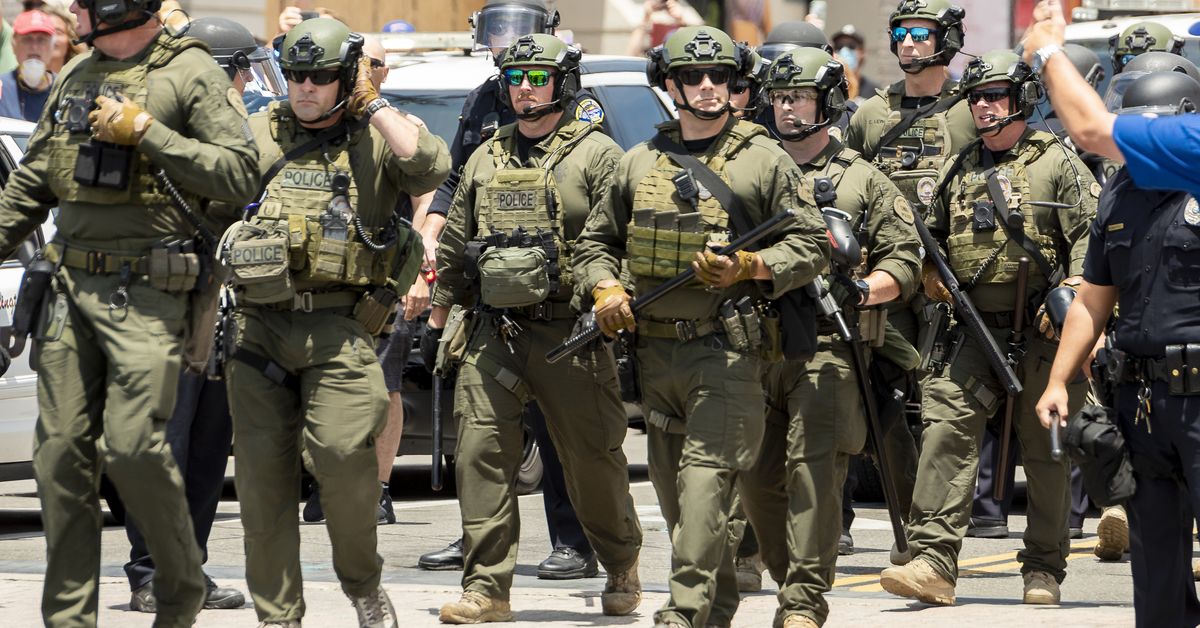 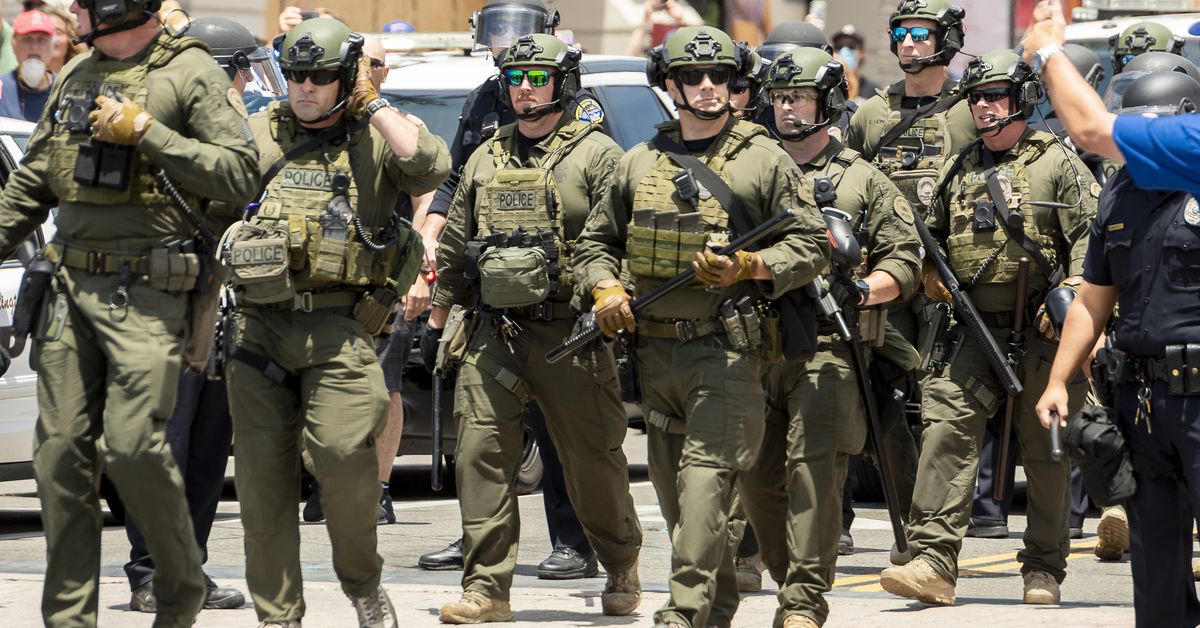 Americans in all 50 states are protesting against police brutality. That alone should be all anyone needs to know that something is gravely wrong and that police violence has touched every community in the nation. And yet, as people continue to deny what they are seeing, it’s important to remember the reasons why police brutality is undeniable. One of those is the internet’s favorite way of making a death threat: calling on SWAT teams to terrorize people in their homes.

Swatting is when someone makes an anonymous, fake emergency call that baits a heavily-armed police response. These hoaxes can have deadly results, and many of the perpetrators are never found. Swatting has been used to terrorize victims by a variety of perpetrators, from angry gamers to organized neo-Nazi groups. Here are just a few examples:

The full list of incidents is much longer, but what even this small sample has in common is the understanding that in the United States you can easily order a heavily-armed force of police to violently break down the door of someone’s house.

It’s important to understand that police raids like this did not appear overnight once people started increasingly making hoax calls. It had to already be a feature of American policing: a ready-made infrastructure that could be exploited by modern trolls and wrongdoers.

Heavily-armed police raids have been commonplace in the United States, well before the era of swatting. Here’s just one example from a harrowing Washington Post investigation in 2016:

Sallie Taylor was sitting in her apartment in Northeast Washington one evening in January 2015 watching “Bible Talk” when her clock fell off the wall and broke. She turned and looked up. Nine D.C. police officers smashed through her door, a shotgun was pointed at her face and she was ordered to the floor.

“They came in like Rambo,” said Taylor, a soft-spoken 63-year-old grandmother who was dressed in a white nightgown and said she has never had even a speeding ticket.

The heavily armed squad thought they were searching the residence of a woman arrested two miles away the previous night for carrying a half-ounce vial of PCP.

Taylor, who did not know the woman, was terrified. Trembling, she told police that the woman did not live there. Officers spent 30 minutes searching the house anyway, going through her boxes and her underwear drawer. They found no drugs and left without making an arrest.

The investigation found that almost all of the police raids like this in the DC area were made against black residents, often for completely bogus charges. This doesn’t just happen in DC — it’s nationwide. Remember: people in all 50 states are protesting right now. Why?

In a 2014 report, the ACLU described the routine nature of SWAT raids in America:

SWAT raids are undoubtedly violent events: numerous (often 20 or more) officers armed with assault rifles and grenades approach a home, break down doors and windows (often causing property damage), and scream for the people inside to get on the floor (often pointing their guns at them). During the course of this investigation, the ACLU determined that SWAT deployments often and unnecessarily entailed the use of violent tactics and equipment, including Armored Personnel Carriers (APCs), and that the use of these tactics and equipment often increased the risk of property damage and bodily harm. Unnecessarily aggressive SWAT raids can have disastrous consequences, including injury and death. The ACLU also uncovered numerous instances in which SWAT teams deployed when there were children present (and some in which the SWAT team knew in advance that children would be present).

Another routine feature of these raids: Police often don’t even knock on people’s doors before entering, drastically increasing the chances that someone will be killed, either accidentally or intentionally. Despite the Supreme Court rebuking this practice, the court carved out an exception that has been exploited by police across the country. Two months before the killing of George Floyd, Kentucky police broke into the home of 26-year-old emergency room technician Breonna Taylor and shot her eight times, killing her. As police expert Radley Balko reported, Kentucky police didn’t even bother meeting the bar set by the exception, and executed an illegal no-knock warrant before killing Taylor. Even when it’s easy for police to follow laws that give them immense power, they often don’t even bother meeting these lowest expectations.

“SWAT” stands for “Special Weapons and Tactics,” and used to signify small teams of police with access to exceptional training and equipment. Now, even average cops in the United States now have access to equipment that was once relegated to an elite few. In that same report, the ACLU noted that the militarization of police across the United States has happened with almost no public oversight. Permissive federal regulations have allowed military equipment from the country’s $6 trillion experiment in endless war to trickle down to local police forces whose endless wars have been going on even longer. This situation would be comical if it were not so tragic; as Wired reported in 2012, towns as small as the Fairmount Police Department, which serves only 7,000 people in Georgia, received over 17,000 items from the military.

Swatting exists because there is a widespread understanding of what the police are capable of in America, and what to expect when they show up. Swatting is not isolated to one region where police are particularly brutal, or to big cities with large police forces — it is effective throughout the entire country, because average cops have been given tools used in overseas wars. In some cases, wrongdoers outside of the US, including Canada and the UK, have been charged with swatting crimes. Everyone in the world knows.

Online trolls may prove the rule, but Americans using the police against their neighbors as a form of lynching goes back generations. It is still happening. On the same day George Floyd was killed in Minnesota, a woman in New York called police, making a false accusation against a black man who had asked her to leash her dog. Listen to Melody Cooper, whose brother Chris was the target of the call to police:

She could have gotten my brother hurt or killed. I wanted my brother’s calm bravery, in the face of a threatening and cowardly act, to be seen. I wanted to shine a light not just on one person, but on the systemic problem of deep racism in this country that encourages her kind of behavior.

President Donald Trump and his allies in Congress claim to abhor the killing of George Floyd, and yet they turn their eyes away as police escalate their violent assault on civil rights nationwide. The president himself has participated in this violence, ordering federal authorities on June 1st to assault a peaceful crowd for a photo op. Trump and Republicans are now calling for police and the military to “dominate” protesters across the country, because they know what the police are capable of.

Police violence isn’t just something everyone knows about. In America, it’s something you can order on-demand. Even the president is doing it.