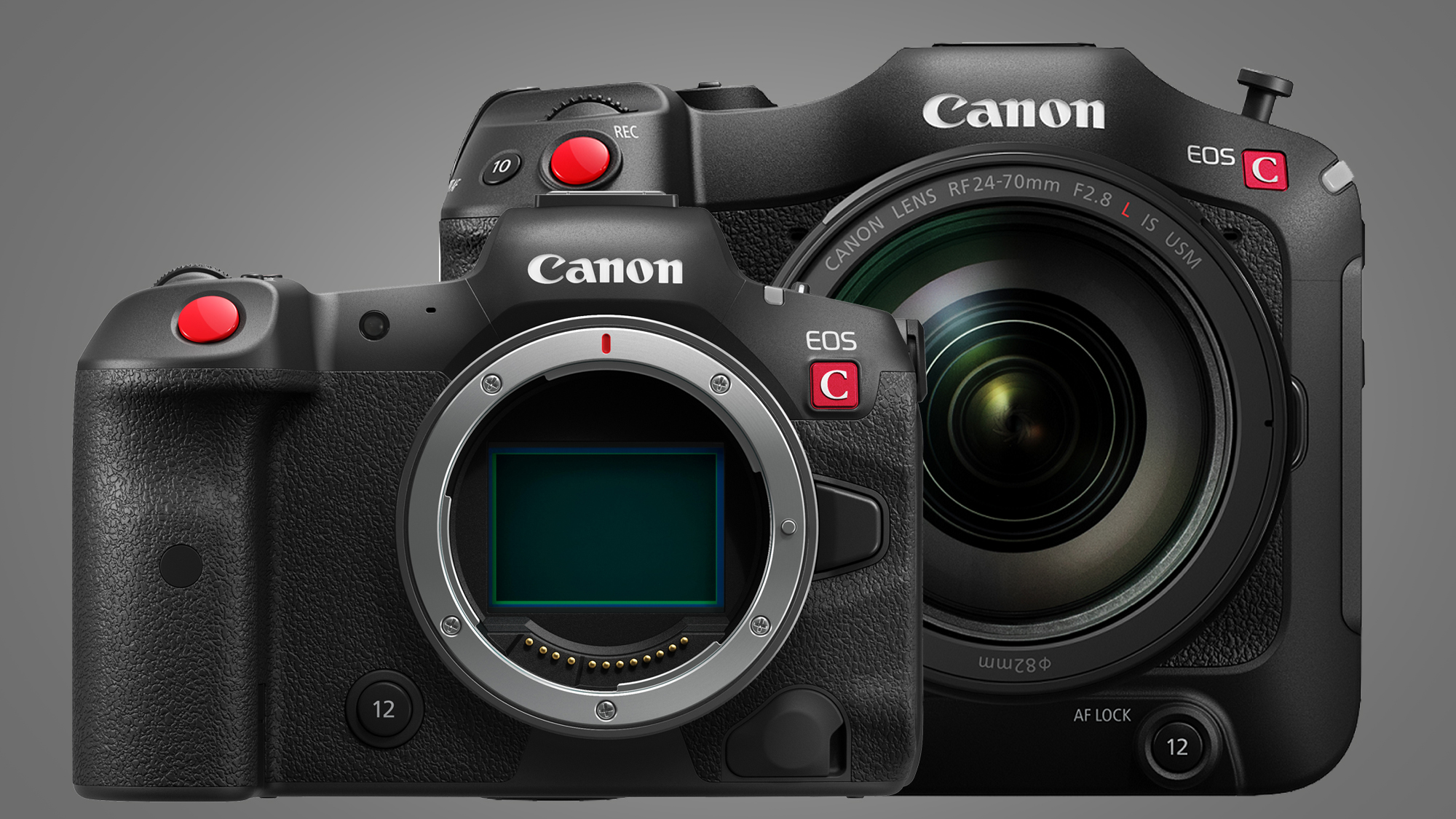 This week Canon launched what looks like the perfect camera for videographers who need a run-and-gun filmmaking tool: the Canon EOS R5 C. Unlike its close sibling, the Canon EOS R5, the R5 C comes with cooling fans and a host of other video upgrades, including actual Cinema EOS menus. But despite all this, I’ll likely be picking up Canon’s other entry-level Cinema camera, the EOS C70.

It’s not a simple decision – I’m firmly in the Canon ecosystem when it comes to film and video production, and definitely in the target market for both cameras. I run a small production company, which we started with an original Canon EOS C100 back in 2014. We then bought an EOS C200 – an incredible camera that still does virtually everything we need it to – not long after it was launched in 2017. Finally, we purchased a Canon EOS R at around the time the EOS R5 was released (as it saw a significant price drop), which has been a great B-cam and gimbal cam.

Last year, I wrote about how impressive the Canon EOS R5 was as a filmmaking prospect, even though it lacked key video features (like XLR ports and internal Neutral Density filters). The spiritual successor to the Canon EOS 5D Mark II, which was the camera that started it all for affordable, cinematic-looking video, the EOS R5 was and still is a great camera, despite the complaints about over-heating and limited recording times in 8K.

But in an attempt to remedy some of those issues, Canon has announced the EOS R5 C. That little red ‘C’ that now appears on the camera’s body denotes that it is officially part of Canon’s Cinema range – a range that includes cameras like the truly awesome (and truly expensive) C500, the ever-popular C300, and one of the greatest, professional video cameras ever-made, the C200. Despite this, the EOS R5 C does lack some crucial missing features that mean I’ll likely be plumping for the EOS C70 instead.

The case for the R5 C

Even if the EOS R5 C isn’t for me, is it the camera that hybrid shooters wanted the original R5 to be? On paper, it seems like it might be.

There’s the ability to record 8K at 30p in 12-bit RAW, in three new flavors of Cinema Raw Light (and with none of the EOS R5’s recording time or over-heating issues). The latter is the reason why the R5 C bares some extra heft over a standard R5, as Canon has had to accommodate some fans to help keep the camera cool when recording in the larger resolutions and bit-rates.

There’s no in-body stabilization (IBIS) on the R5 C, but this isn’t the end of the world. It would have been nice to have, but the smaller form factor means it’ll pair nicely with plenty of affordable gimbals out there – and those are what you really need to get those wonderfully smooth Hollywood-style tracking shots.

I also love what Canon has done with the menu set-up on the R5 C. It sounds boring, but menu systems are everything when you’re using a camera to shoot all day, several times a week. On the R5, you only have Canon’s stills UI to contend with and this makes things a little clunky when it comes to shooting video. On the R5 C, you can flip between Canon’s stills menu system and the menu system used exclusively on its Cinema cameras. To me, this almost feels like reason enough alone to get one. If it wasn’t for the EOS C70, of course.

But there’s an elephant in the room. In 2020, the EOS C70 arrived and was, at the time, Canon’s smallest, entry-level Cinema camera. While the two cameras sit alongside each other in Canon’s lineup, there are some significant differences – and it’s these that will likely sway filmmakers like me.

For starters, you get built-in NDs (Neutral Density filters) and two XLR inputs, both of which are essential for pro video work. Impressively, it’s possible to add XLR inputs and 4-channel audio to the EOS R5 C, by slotting the optional Tascam CA-XLR2d-C into its Multi-Function shoe. But that rules out mounting an external monitor above the camera, which could be annoying.

The EOS C70 brings some other practical advantages for filmmakers. You get the option of shooting in the Canon Log 2 format, for a 16-stop dynamic range, rather than the EOS R5 C’s more limited Canon Log 3 (for a 14-stop dynamic range). A firmware update, announced at the same time as the EOS R5 C, also brings the Cinema Raw Light LT 4K to the EOS C70, along with support for a dozen more Cinema and EF lenses.

Lastly, there’s batteries. The EOS C70 supports bigger batteries than its new stablemate, including the BP-A30 (3,100mAh) and BP-A60 (6,200mAh), and there are also more third-party options available that give the C70 the edge over the smaller, but more limited EOS R5 C.

The other issue is that one of the EOS R5 C’s main calling cards, 8K video, still feels unnecessary. Who really needs it? Massive file sizes, expensive editing equipment to deal with it, and resolution that you’re almost certainly going to throw away in post because there’s still no real meaningful way of delivering or watching 8K in its true resolution – right now, it’s just not worth the hassle.

You’ll be more grateful of being able to plug in an XLR mic straight into your camera, rather than having to buy an additional external recording device (which would then take you over the additional cost of the C70), versus having the extra pixels.

The EOS R5 C will undoubtably be a great camera and will have its uses. Some videographers out there may see it as a great B-cam to another insanely high resolution setup they have (RED Ranger Monstro, anyone?), which it almost certainly would be.

For me, though, it doesn’t quite fill a hole. I prefer all the added features that C70 brings, and when you’re spending the best part of $4,500 / £4,500, another few hundred doesn’t seem like the end of the world.