Wild Predators Are Relying More on Our Food—and Pets 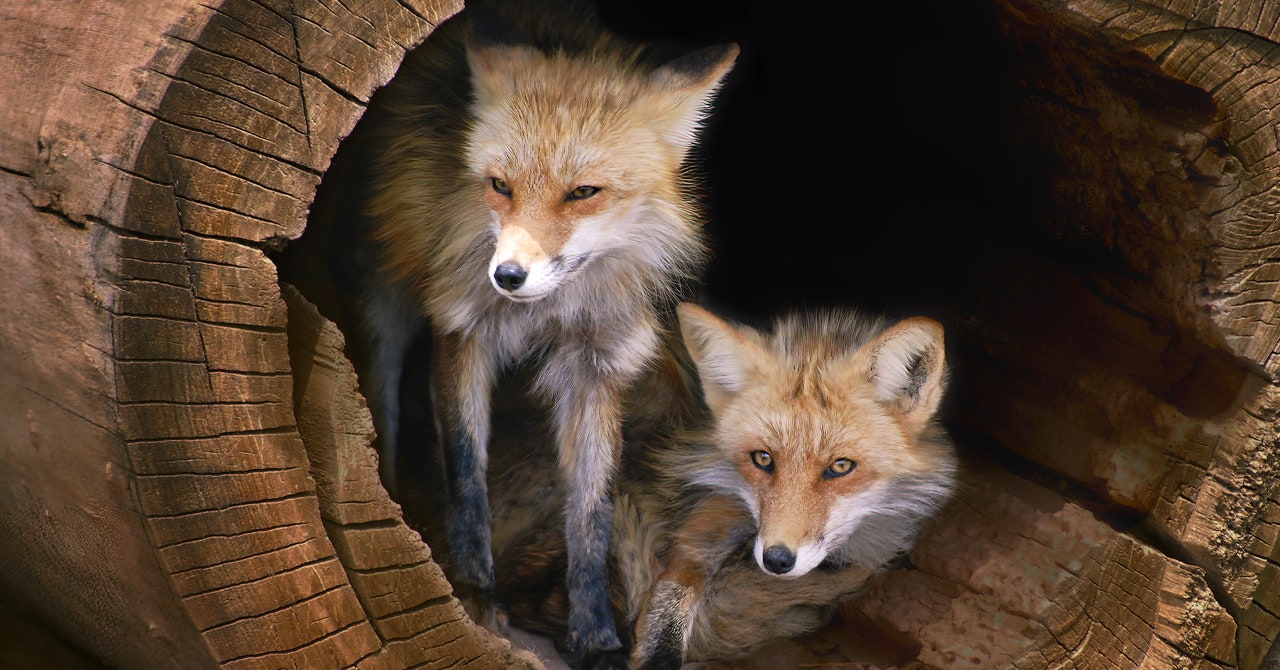 Some of North America’s big predators—wolves, mountain lions, bobcats, and the like— are now getting nearly half their food from people. It’s a big shift away from eating foods found in nature and could put them in conflict with one another, or lead to more human-carnivore encounters on running trails or suburban backyards.

A new study from researchers at the University of Wisconsin-Madison and the University of New Mexico used hair, fur, and bone samples to identify the diets of seven carnivore species across the Upper Midwest, from the outskirts of Albany, New York, to remote Minnesota forestland. The scientists used chemical tracers to show that the animals were relying on human food sources either directly, such as by raiding fields or trash bins, or indirectly by preying on smaller animals that do, such as mice, rabbits, or sometimes even pets.

“These species are eating human food,” says Philip Manlick, a postdoctoral fellow at the University of New Mexico and the lead author of the study, which was published on Monday in the Proceedings of the National Academy of Sciences. “In some cases, up to half of their diets are coming from humans. It might be garbage, or corn residue, or house cats and pets,” Manlick says. “This is bad news for carnivores, because people don’t want predators eating their pets—and, generally speaking, people don’t like carnivores in their backyard.”

The complete list of these carnivores studied in the report includes foxes, coyotes, fishers, and martens. And not only are they coming into contact with people more frequently (you probably already saw this six-minute viral video of the Utah jogger chased by a mountain lion after he got too close to her cubs), but they are also fighting each other for food, Manlick says. “They will use their weapons against each other as well,” Manlick says. “As their diets begin to overlap, they are more likely to kill each other. The consumption of food resources presents a lot of challenges for carnivores in the future.”

The researchers found that foxes were the most likely to eat from human food sources, getting about half their food by eating domesticated animals or by foraging in areas that have been disturbed by agriculture, while the wolf and bobcat were the least likely, getting less than 5 percent of their diet from these sources.

How did they know this? The team used chemical isotopes of carbon taken from the animals’ fur and bone samples to distinguish between human-grown and naturally occurring foods. “Human foods look like corn, because we give corn to everything,” Manlick says. Corn syrup can be found in many processed foods, while corn grain is fed to beef, chicken, and pork that humans eat. But corn looks very different than natural foods when analyzed in the lab.

“Corn is a carbon-4 [isotope] plant, while most plants shrubs and berries that are native are a carbon-3 [isotope] plant,” he continues. “They look different isotopically. If you are eating mice that’s eating corn, you might look like that as well.”

His team’s study on North American carnivore diets follows two other recent big studies of the effects of humans on animals. A 2018 study published in the journal Science tracked 57 mammals species across the globe and found that they are moving around less, covering a smaller range when they either forage or hunt in areas with more human development. They authors said that could be because that their habitats are becoming more fragmented or because there’s more easy grab-and-go food near people. “An alternative explanation is that at least some of the animals limit their movements because they do not need to move as much when and where they can take advantage of human food sources,” William Fagan, an author on the Science paper and professor of biology at the University of Maryland, wrote in an email to WIRED. “This possible explanation would tend to agree with the authors’ discussion in the PNAS paper.”