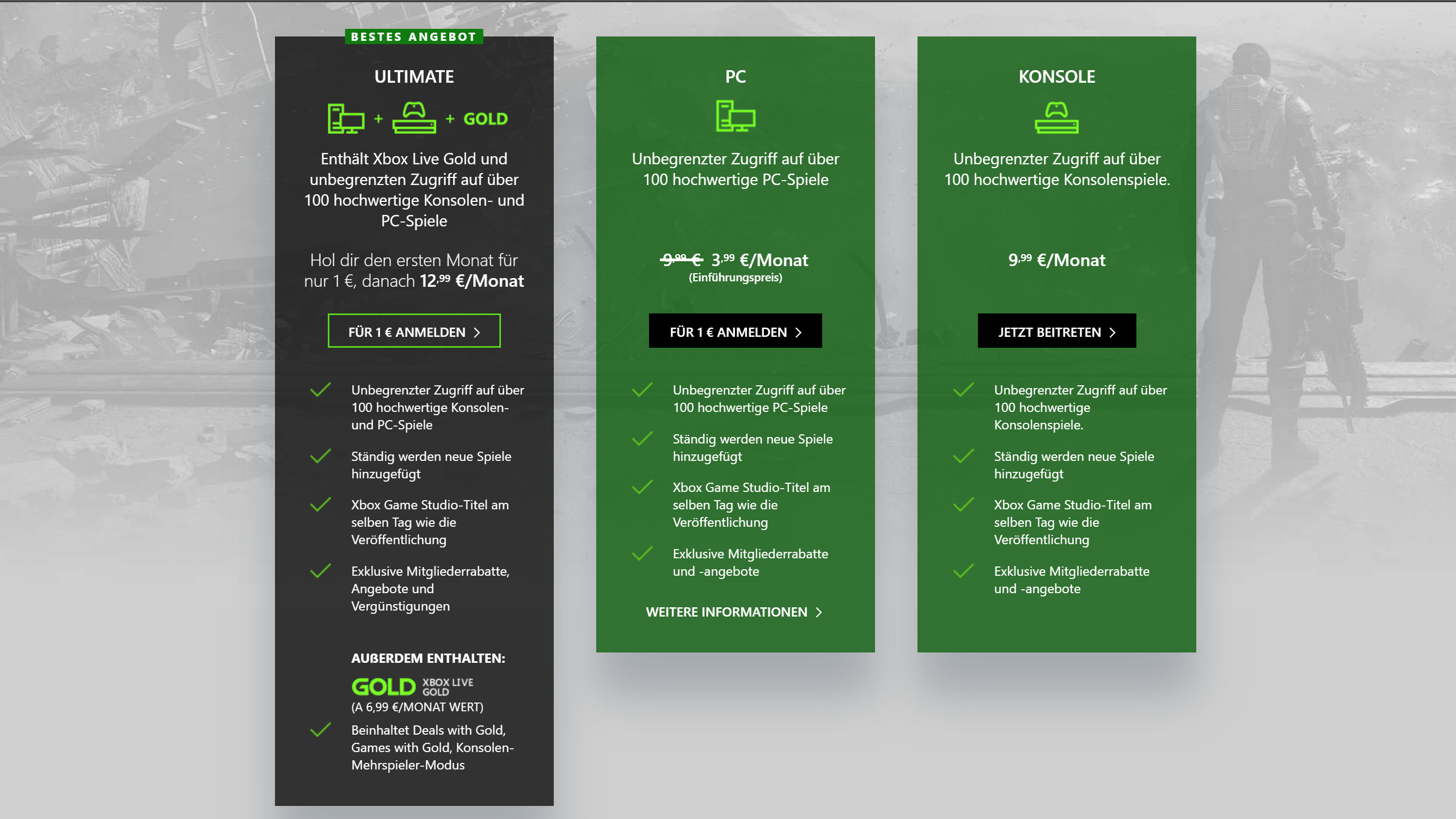 For many, Xbox Game Pass has been a huge reason to buy an Xbox Series X or Xbox Series S console. The subscription service offers a vast library of games all for a monthly fee, and the rotating roster of titles means that there’s something new to play on a near-weekly basis.

The Xbox Game Pass service, as a whole, has been so successful as to cause actual shifts within the games industry. Sony, for example, is now rumored to be working on its own subscription service for PS5, separate from PlayStation Now, currently codenamed Project Spartacus.

If you’re not familiar with Xbox Game Pass, though, or at least with the differences between its two tiers, then we’ve prepped a guide listing all the major benefits of each. Read on to find out which Xbox Game Pass subscription tier is right for you.

What do you get with Xbox Game Pass?

Xbox Game Pass is the base version of the subscription tier, and the only one that was available before the introduction of Xbox Game Pass Ultimate. It costs $9.99 / £7.99 a month, making it the cheaper of the two tiers.

The base Xbox Game Pass doesn’t feature many of the bells and whistles found in its more expensive Ultimate counterpart, but you do get access to the entirety of the Xbox Game Pass library on console. That includes any and all first-party Microsoft Game Studios titles like Forza Horizon 5, Sea of Thieves and Halo Infinite alongside the likes of Skyrim, Doom Eternal and Psychonauts 2.

You’re also getting loads of quality third-party AAA titles, as well as some of the best indie games around. From Yakuza: Like a Dragon and Mass Effect Legendary Edition to Hollow Knight and Outer Wilds, there are games to suit the tastes of pretty much everyone.

The base Xbox Game Pass tier is ideal if you’ve just bought a new Xbox Series X/S or older Xbox One console. If you just want to get stuck in and try out a huge range of games without the need for extras like PC Game Pass, online play or cloud gaming, then Xbox Game Pass is a solid option.

What do you get with Xbox Game Pass Ultimate?

Beyond that, players can claim their first paid month of Xbox Game Pass Ultimate for just $1 / £1. Every month after that will cost $14.99 / £10.99, so a bit of a jump from the cost of the base Xbox Game Pass subscription.

With that in mind, you’d expect Ultimate to come with its fair share of advantages over its cheaper counterpart, and you can rest assured that it absolutely does. Xbox Game Pass Ultimate bundles in Xbox Live Gold, giving players access to online play and monthly Games with Gold titles.

But there’s more on top of that, too. Ultimate grants access to PC Game Pass, a fantastic service if you own even a half-decent gaming PC. PC Game Pass also includes some PC exclusive games like Age of Empires 4 as well as the upcoming Total War: Warhammer 3.

For those of you who like to game on the go, Xbox Cloud Gaming is also included with the Xbox Game Pass Ultimate package. This allows subscribers to play certain titles on a device other than console or PC, such as a tablet or your smartphone.

Xbox Cloud Gaming now streams most games at 1080p, so if you’ve ever wanted to play Dragon Quest 11 on the toilet in high definition, you can do so with Game Pass Ultimate assuming you’ve got a decent internet connection.

Rounding out the Ultimate package is EA Play, an additional roster of titles from publisher Electronic Arts. These include the big sports hitters like FIFA and Madden to games like Titanfall 2, Need for Speed Heat, and Mirror’s Edge Catalyst.

While the base Xbox Game Pass subscription tier is fantastic, offering a vast library of games at a low monthly cost, we wholly recommend subbing to Xbox Game Pass Ultimate for sheer bang-for-your-buck value.

Yes, Ultimate is slightly more pricey than the standard Game Pass subscription, but you get so many perks in return that it’s difficult to recommend the base tier to anyone other than those who can’t or don’t want to pay extra.

At just a few dollars more, we’d absolutely go with Ultimate if you can afford it. Even if you don’t own a gaming PC to make use of PC Game Pass, Ultimate still rolls in the cost of Xbox Live Gold online play, making it a good option if you want to consolidate your Xbox memberships into a single monthly price.