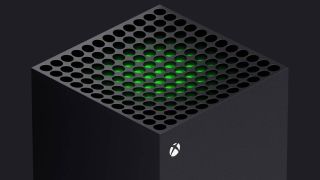 After delaying Halo Infinite, Microsoft confirmed that the Xbox Series X is due to release in November, 2020. But the company didn’t specify an exact day, nor whether it would arrive at the start or end of the month.

However, thanks to Yakuza: Like a Dragon press release and store listing, we now have a much better idea of when the console will release. And it’s thankfully sooner rather than later.

According to the press release, Yakuza: Like a Dragon will release day one on Xbox Series X. The game will also be released on Xbox One, Windows 10 PCs, PS4 and Steam on the same day.

If you head to the Microsoft Store, the game is listed as being available on November 13, 2020, and the same is true of the PlayStation Store. Therefore, we can confidently estimate that the Xbox Series X will land on shelves between November 1 and November 13.

This would fall in line with a recent report from The Verge, whose sources claim the console might release in the first week of November.

Yakuza: Like a Dragon will support Xbox Smart Delivery, which ensures that players who buy the game on Xbox One won’t have to buy it again on Xbox Series X, and vice versa. Cross-save functionality will also be supported, so if you’re planning on picking up Microsoft’s new console later down the line, you can carry over your progress.

Way of the dragon

Yakuza: Like a Dragon takes the series in a markedly different direction, and introduces more RPG elements than before, and turn-based combat for the first time. Players will also take the role of Ichiban Kasuga, a new protagonist, and the game will take place in an all-new setting of Yokohama.

You’ll still be able to enjoy all of the usual Yakuza side activities, though, such as karaoke, Sega arcades and a variety of wacky, yet surprisingly addictive, minigames.

Yakuza 6: The Song of Life…

Via The Sixth Axis