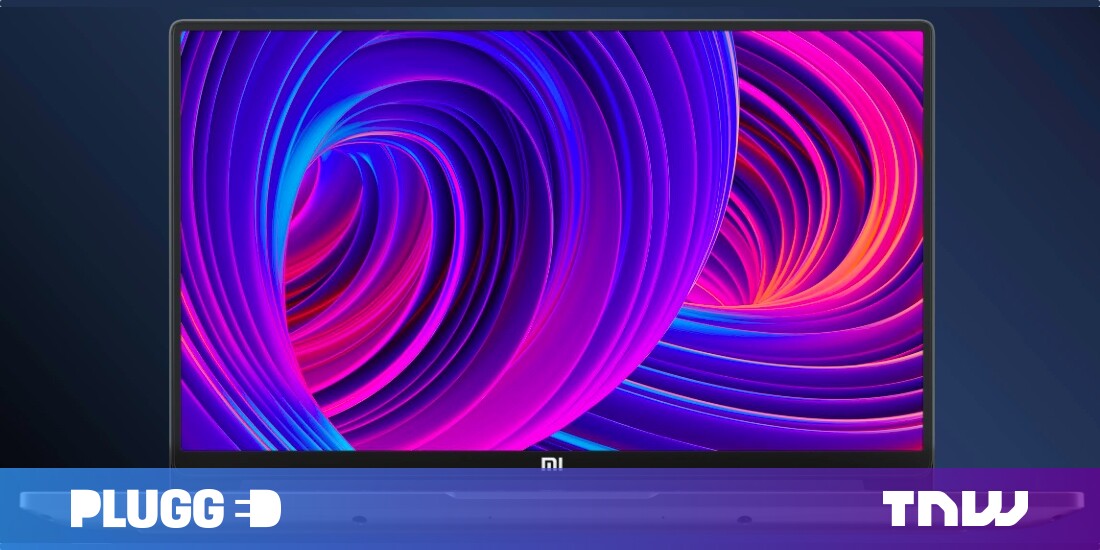 Xiaomi has dominated the Indian smartphone and smart TV market by launching affordable models with impressive specifications for the price. Now, the company is entering the laptop market with its Mi Laptop series with the Mi Notebook 14.

The Chinese tech giant is offering multiple variants of the device; the difference between models is a choice between Intel’s i7 or i5 processor and graphics capabilities. The laptop range starts at ₹41,999 ($554), but the company said it’s an inaugural price, so it might go up later.

The Mi Laptop 14 is a compact machine targeted towards users who’re worried about the form factor and portability of a work laptop. The device weighs at only 1.35 kg, you can carry it around with ease.

The laptop includes a full HD screen with minimal bezels. However, it has a relatively thicker chin that has a Mi logo. It includes an entry-level graphics card from NVIDIA but, it’s not a gaming machine or creator’s laptop by any means.

Here are the laptop’s specifications:

While the company claims that the new Mi Laptop 14 will be exclusive to India, its roots belong to the Mi Notebook series that’s been around in China for several years. It’s a clean design that might remind you of Apple’s MacBook, but there’s enough differentiation to not brand it as a copy-cat. There are no logos on the body, save a few brandings on the bottom plate — you’re not gonna see them on most days anyway.

The biggest downside of the device is that it doesn’t have a built-in webcam. It almost feels like a crime, but in its defense, the product team said it started making the device in 2019, when the usage of the webcam wasn’t that high. Then the pandemic happened. So, to make up for that, the company is bundling a USB Webcam in the box.

M fans, all the variants of #MiNoteBooks come bundled with a FREE #MiWebcamHD.

Check out more on https://t.co/D3b3QtmvaT.

My colleague Abhimanyu is reviewing the high-end Mi Notebook 14 Horizon edition with maxed out specs. In his couple of days with the machine, he said he was impressed by the build and design. But he said sound from the speakers is underwhelming, and he’s not a fan of carrying around a webcam all day long.

He added that there’s no fingerprint unlock or face unlock with Windows Hello — but how much can you expect from a budget laptop. You can unlock the device if you have a Mi band, but it supports only two variants.

The Mi Notebook 14 goes on sale next week on Amazon, Mi.com, and the company’s own retail stores. Watch out for our full review in the coming weeks.