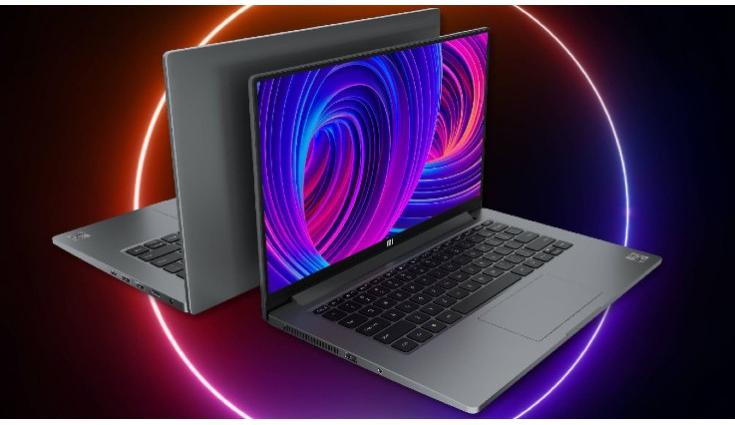 The Mi NoteBook 14 series has finally been launched in India, marking Xiaomi’s much-awaited entry into the laptop space.

Earlier this year, when Xiaomi announced that it enter multiple new product categories in India, one of the most prominent bits was Mi laptops. The laptop segment had been rather stagnant with too many offerings from the legacy brands. Xiaomi hopes to address this in the thin and light segment with its Mi NoteBook 14. It is also said to be the global debut of this laptop.

The Xiaomi Mi NoteBook 14 comes in five variants, with the top-of-the-line model called the “Horizon Edition”. In terms of hardware and design, all of them are pretty similar. We get a thin aluminium and magnesium alloy chassis that is 17.15mm thick and weighs just about 1.35 kg. Interestingly, there’s no Mi branding on the outside. This anodized sandblasted finish is called Mercury Gray, and is the only colour variant available at launch.

The Xiaomi Mi NoteBook 14 Horizon Edition sports a 14-inch display with fairly slim bezels, resulting in a screen-to-body ratio of 91%. This means that it is not much bigger than a conventional 13-inch laptop. It has a resolution of 1920 x 1080, and has a matte finish thanks to an anti-glare coating.

Some of the specifications are similar across the board, including an all-SSD storage implementation, 10th Gen Intel processors, and discrete Nvidia graphics. There’s 8GB of DDR4 RAM running at 2666MHz on all variants. Windows 10 Home Edition is pre-installed, and there are no ads or bloatware. Other features include Mi Blaze Unlock to authenticate users via a connected Mi Band, and Mi Share to transfer files within devices.

The Xiaomi Mi NoteBook 14 Horizon Edition is powered by the latest 10th gen Intel Core i7 10510U Comet lake CPU running at 15W, with a base frequency of 1.8Ghz, which can turbo up to 4.9GHz. There’s also a slightly cheaper i5 variant. Most notably, it marks the Indian debut of the Nvidia MX350 discrete GPU with 2GB of VRAM, which is one of the most capable graphics cards available for compact devices. That is paired with up to 512GB of M.2 PCIe Gen 3×4 NVMe SSD storage.

It has a 46Wh battery, and support 65W fast 1C charging, which can take the laptop from 0 to 50% in a little over 30 minutes. There’s also a USB Type-C port (not Thunderbolt 3). There is no webcam on the Horizon Edition, but one will come bundled in the box.

The regular Mi NoteBook 14 is powered by the 10th gen Intel Core i5 10210U processor, with either an Nvidia MX250 GPU or integrated Intel Iris UHD620 graphics. It moves to a slightly slower SATA SSD storage. The design also takes a step back, with a weight of 1.5 kg and a screen-to-body ratio of 81.2%.

Amazon.in is the online sale partner. The first sale is slated for June 17. HDFC cardholders will get an instant cashback of Rs 2,000.

Check out the Xiaomi Mi NoteBook 14 series on Amazon.in