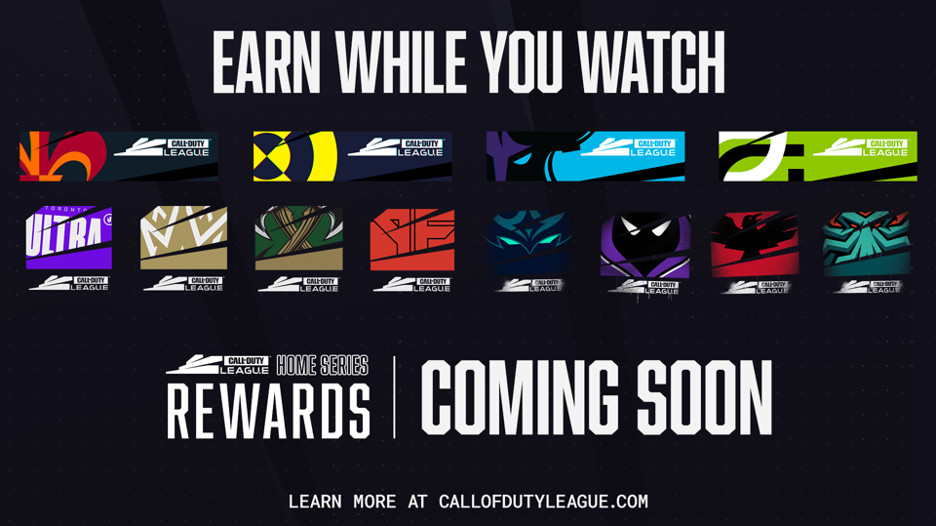 The Call of Duty League (CDL) announced today that you’ll soon be able to earn in-game rewards, or “drops,” for watching CDL broadcasts, and the Overwatch League appears to be teasing that drops are on the way as well. The announcement follows Activision Blizzard and YouTube’s multiyear deal announced in January that made the Google-owned video platform the exclusive streaming partner for Activision’s esports leagues.

To earn the rewards, you’ll have to watch live matches on the CDL website or the Call of Duty Companion app while logged into your Activision account, according to a CDL blog post. The rewards will include team emblems, sprays, and animated calling cards, and they’ll be cross-platform.

There aren’t any specific details just yet about what may be coming for Overwatch League, but here’s the tweet teasing that some kind of rewards are the way for its matches on Friday:

Overwatch League offered drops when it was streaming exclusively on Twitch, so it wouldn’t be surprising to see similar functionality offered again now that the league is broadcast on YouTube. And Call of Duty and Overwatch (assuming Blizzard’s game is also getting drops) won’t actually be the first titles to use YouTube’s drops feature — Epic Games offered free Fortnite cosmetics for watching the Fortnite World Cup on YouTube last July.

Beyond Activision, drops have been a massively successful tool to help fellow esports heavyweight Riot Games build hype for its upcoming tactical shooter Valorant, which is currently in beta. Riot initially gave the beta to a select number of people and has been slowly giving out more keys via drops to viewers who tune into Valorant streams. Fans trying to get coveted beta access to Valorant watched an eye-watering 334 million hours of the game in April.

It seems unlikely that Call of Duty League and Overwatch League will get such comparable numbers with their in-game rewards, as Riot was offering access to a much more in-demand unreleased game beta. But the drops could encourage more fans to tune into live matches to get some in-game loot.