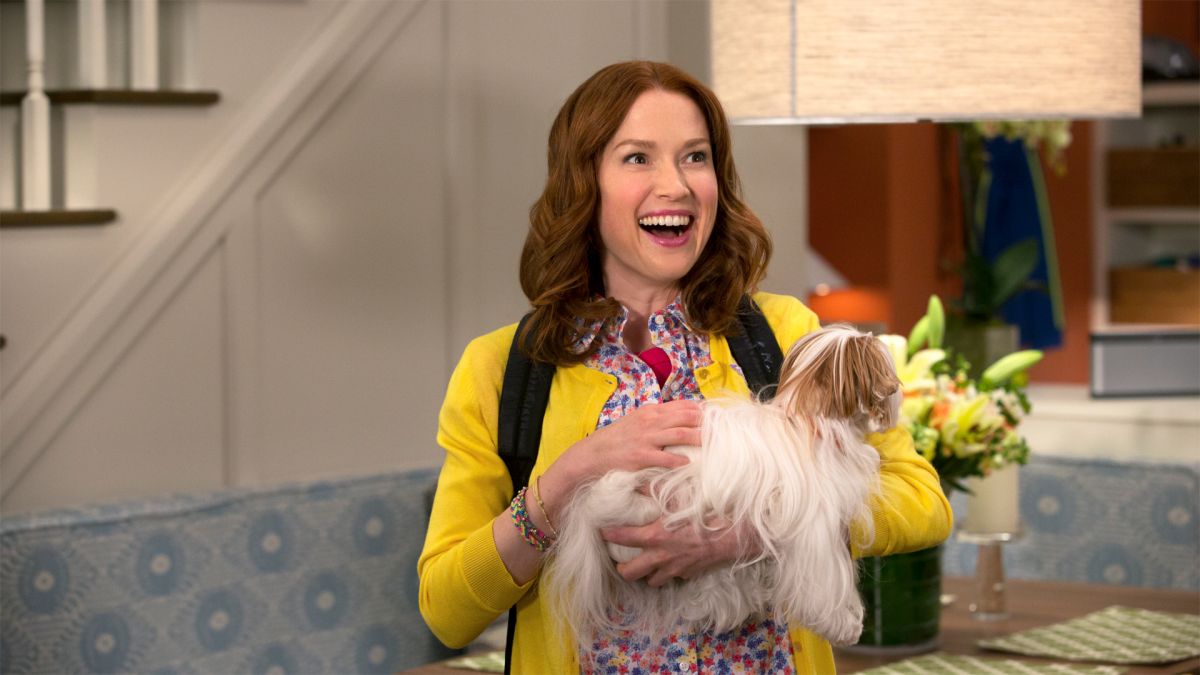 We could all do with a bit of escapism right now. Sometimes an epic binge of the hottest new event series or hard-hitting drama will fit the bill, but at others you need something that’s more openly feelgood.

Luckily, there’s plenty on Netflix capable of giving you the warm and fuzzies. Whether it’s a comedy series (Unbreakable Kimmy Schmidt, Grace and Frankie), a movie rom-com (Set it Up, Always Be My Maybe), or a reality TV show with a positive spin (Queer Eye, Nailed It!), there’s loads of brilliant content out there for anyone who needs a bit of a pick-me-up.

So join us on a journey through the best Netflix feelgood movies and TV shows you can watch right now. We guarantee it’ll be good for the soul…

It turns out wrestling isn’t just about bashing the living daylights out of your opponents in the ring. That’s a big part of it, sure, but since GLOW’s 2017 debut, its pioneering female wrestlers have shown that beyond the spandex and very big hair, there can be plenty of heart, wit and intelligent social commentary.

As an unlikely group of women (headed up by Mad Men/Community star Alison Brie) come together for a smackdown, GLOW celebrates a bunch of people discovering facets of themselves they never knew existed. There are bumps along the way, of course, but ultimately GLOW is one of the most uplifiting shows on Netflix.

Parks and Recreation star Amy Poehler makes her directorial debut with this comedy road trip, and takes a gang of fellow Saturday Night Live graduates along for the ride. Focusing on a group of friends on a 50th birthday wine-tasting tour of California’s Napa Valley, the limited nature of the plot doesn’t really matter when you’re watching such a talented cast.

As a Bechdel test-smashing ensemble comedy, Wine Country has inevitably been compared to Bridesmaids, but that’s doing it a disservice – while it’s not quite as riotously funny,  it’s packed with believable, beautifully drawn characters, and plenty of warmth.

As you’d expect from a show from the mind of 30 Rock creator Tina Fey, there’s no shortage of cynicism or snark in Unbreakable Kimmy Schmidt. And yet Kimmy herself – recently released from years locked up in an underground bunker cult – is so relentlessly optimistic that the world always feels better when you’re in her company.

Her friends may be screwed up in various hilarious ways, but Kimmy’s positive outlook is the glue that keeps them together. In fact, ‘what would Kimmy do?’ is a pretty good mantra for life – as we experienced first-hand in Netflix’s recent interactive finale.

Black Mirror isn’t best known for its optimistic take on the human condition, but when co-creator/writer Charlie Brooker briefly flicked his anthology show’s settings away from dystopian, the results were spectacularly life-affirming.

A time-hopping story about two women falling in love in unconventional circumstances, season 3’s San Junipero is a remarkable achievement – an unlikely mix of romance, ’80s nostalgia, and thought-provoking musings on old age, euthanasia and death. Belinda Carlisle’s ‘Heaven is a Place on Earth’ has never felt so poignant.

In the early 21st century, anyone in need of a movie-shaped pick-me-up could find it in their local multiplex. This was the era of peak romantic comedy, a genre where a happy ending was par for the course.

These days, however, the rom-com is an endangered species at the box office – and Netflix has moved in to pick up the slack. Zoey Deutch and Glen Powell display tons of chemistry as a pair of office workers who play matchmakers for their respective bosses and and – surprise! – find themselves falling in love at the same time. Formulaic, yes, but surely that’s what movies like this are all about.

Making people feel good is part of the DNA of this makeover show, an update of the early ’00s reality hit. The simple premise of the original series remains – a group of lifestyle experts known as the Fab Five give an unsuspecting member of the public a makeover (or “make better”) – but it’s also evolved in the subsequent decade.

These days, the team have expanded their remit way beyond giving advice exclusively to straight men – one of the more dated aspects of the original show – to create a diverse, positive and politically aware slice of feelgood reality TV.

Always Be My Maybe

Top US stand-up Ali Wong teams up with Randall Park (Danny Chung in Veep, Agent Jimmy Woo in the MCU) to write, produce and star in this entertaining romantic comedy. They play a pair of childhood friends who grew up, had a one-night stand and didn’t see each other again until their 30s. Will they find the old spark is still there? Well, what do you think? Luckily there’s plenty of laughs, including a hilarious cameo from Keanu Reeves, who took a quick break from shooting John Wick 3 to film scenes as himself. What movie wouldn’t be improved by that?

On paper, Grace and Frankie always sounded great. After all, it’s co-created by Marta Kauffmann one of the brains behind Friends; its stars are 9 to 5 veterans (and real-life friends) Jane Fonda and Lily Tomlin; and its premise is the stuff great sitcoms are made of.

After all, what’s not to like about the idea of a pair of feuding women forced to live together after their divorce lawyer husbands announce they’ve been having an affair with each other for years? That the show (mostly) lives up to its promise should tell you everything you need to know – the performances are great, the characters memorable, and Grace and Frankie’s evolving relationship is suitably heartwarming.

The problem with watching TV cooking competitions is that you’re usually watching a genius at work. You’re waiting for something to go wrong because it’s the exception rather than the norm – and also because you’re desperate to see what the judges are about to say.

Nailed It! is different. The contestants are just like the rest of us, amateur cooks for whom failure is often added to the mixture when they step into the kitchen. By setting its contestants cake-shaped challenges way beyond their abilities, the show sets up wonderfully half-baked comedy scenarios. And because everyone’s in on the joke, Nailed It! celebrates the joy of failure.

To All The Boys I’ve Loved Before

Netflix enrols for the American institution that is the high school movie. And while it doesn’t quite graduate top of the class, this fun comedy earns plenty of extra credit. It’s a classic high school movie set-up: 16-year-old Lara Jean (X-Men’s Lana Condor) finds herself embroiled in all sorts of social catastrophe when her little sister mails out the secret letters she’s written to her crushes.

Then, for a bit of extra complication, Lara Jean ends up in a fake relationship with the most popular boy in school, just to throw the real object of her affection of the scent… A worthy successor to the likes of Clueless and Easy A.