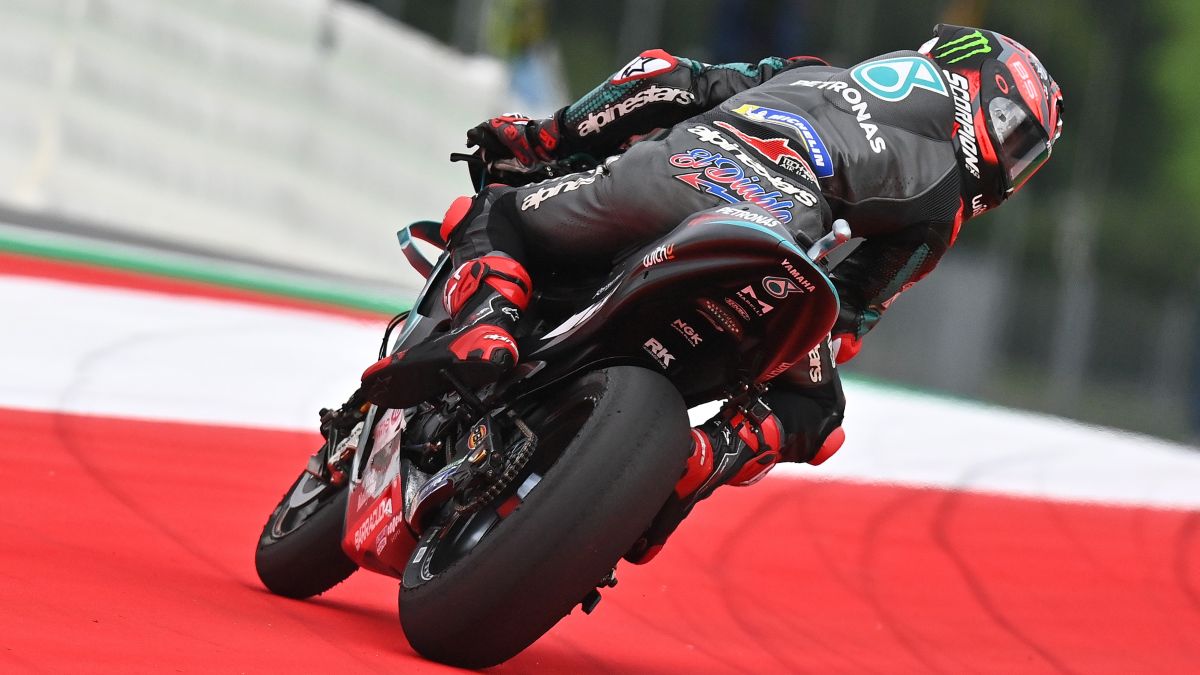 The iconic Red Bull Ring, Österreichring as it was once known, is again the venue for this weekend’s MotoGP event after an explosive first instalment of the Austrian double-header last week. The battle for the 2020 MotoGP Championship is now wide open, after Ducati’s Andrea Dovizioso returned to winning ways, but the big talking point in the run up to this weekend’s event remains the huge crash which stopped (and arguably overshadowed) last Sunday’s Austrian GP. Don’t miss a single lap of the action by following our guide to watching the Styrian Grand Prix and get a 2020 Moto GP live stream, no matter where you are in the world – it’s even free in some regions!

The Styrian Grand Prix takes place at the Red Bull Ring in Spielberg, Austria on Sunday, August 23 – starting at 2pm local time (CEST). That makes it a 1pm BST start for fans watching from the UK and an 8am ET flag for those in the US. Full qualifying and free practice details are below – and you can get your local MotoGP live stream wherever you are with the help of our No.1  reviewed VPN, ExpressVPN.

Dovizioso’s tidy ride saw him came home first on Sunday ahead of Suzuki’s Joan Mir, who passed Pramac Ducati’s Jack Millar at the final corner to claim second. The result puts Dovizioso No. 2 in the overall standings, ahead of Maverick Viñales, with Fabio Quartararo’s championship lead now cut down to 11 points.

We’re still feeling the fallout from Franco Morbidelli and Johann Zarco terrifying crash, too, with their cartwheeling bikes nearly crushing Valentino Rossi at turn three of the Red Bull Ring.

While something of a war of words followed over Zarco’s role in the crash, the heart-stopping near miss thankfully saw no serious injuries, with the French driver undergoing wrist surgery that could still allow him to take part in this weekend’s race.

Read on as we explain how to watch a MotoGP Styria live stream for every free practice, qualifying and of course Sunday’s Grand Prix in Austria itself.

How to watch a MotoGP Styria 2020 live stream from abroad

To see how you can live stream the MotoGP action in the UK, Australia, the US, Canada and New Zealand, read on further down this page to see the broadcast options. But if you want to stream the riding from outside your country, you may find that it’s geo-blocked.

That’s where a VPN can come in really handy. It’s a piece of software readily available to download and install that allows you to simulate the IP address on your laptop (or mobile phone, tablet, streaming device, console, etc) so that it appears to be in a completely different country. Ideal, assuming that it doesn’t breach any Ts&Cs from the broadcaster you’re trying to tune in to.

Try ExpressVPN and get 3-months FREE with this deal
We’ve taken the time to try out all the biggest VPN providers and we found ExpressVPN to sit at the front of the grid. It works with lots of devices and offers super fast connections across its many servers.

MotoGP Styria live stream: how to watch all the action from Austria in the UK

BT Sport will be showing all the action this year live on TV on BT Sport 2. Subscribers can watch BT Sport online, either directly through its website or by using the BT Sport app – available for iOS and Android as well as on consoles, Apple TV, Now TV devices, and select Samsung smart TVs.

For those who don’t want the commitment or cost of a full-fat BT Sport subscription, there’s now a BT Sport Monthly Pass option, which let’s you pay £25 and cancel whenever you want.

Practice sessions will go on air just before the start times listed above, with coverage of MotoGP Austria qualifying set to begin at 11am BST on Saturday, August 22 ahead of 1.10pm BST start. Coverage of the Styrian GP on Sunday starts with the warm ups from 7.30am, with the main event scheduled for 12.30pm ahead of a 1pm start.

If you’re BT Sport subscriber but find yourself outside the UK this Sunday then you’ll need to download a VPN and follow the instructions above to live stream the action.

For US race fans, it’s NBC Sports and NBC which will be showing all the action once again from the Red Bull Ring. So if you have that on cable already, you’re all set and can watch via the network’s website – just log-in with details of your TV provider. The Styrian GP is set to begin at 8am ET/5am PT Sunday.

Cord-cutters can watch NBCSN on Sling TV, where it’s available as part of the over-the-top service’s Blue bundle. You can even try a FREE Sling trial that will let you watch this week’s race without paying a penny, if you play your cards right.

Out of the US and want to watch your home coverage? No worries – just use a VPN as described above to stream all the action just like you would back at home.

You’re in luck, Australia, as MotoGP Styria is set to be streamed on Network 10 and Fox Sports. So hopefully, there’s an option in there that’s either already paid for by your current subscription – or one that you can get access to easily.

Network 10 is your best bet if you don’t have a fancy pay TV package, as it’s airing MotoGP qualifying (Saturday, 10.10pm AEST) and the Styrian Grand Prix (Sunday, 10pm) live for free. For practices, though, you’ll need a Fox Sports subscription.

Both offer apps and streaming platforms for a range of popular devics, so you shouldn’t miss a second of the action, no matter where you are at race time – although you’ll need a VPN if you want to watch your home coverage outside of Australia.

2020 MotoGP Styria live stream: how to watch the race in Canada

Canadians can enjoy the motorbike racing action on beIN Sports which has the rights to the races for 2020. The race is set to begin at 8am ET on Sunday, with qualifying starting at 8.10am on Saturday. That’s an early start on Canada’s opposite coast – 5am and 5.10am Mountain Time, respectively.

For those travelling, you can use a VPN to change your virtual location and still enjoy the race as if you were back in Canada.

In New Zealand it’s Sky Sport that has bagged the rights to show all the 2020 MotoGP live, including this weekend’s action from Austria.

Kiwi motor racing fans have a late night ahead of them, though, as the Styrian Grand Prix is set to begin at 12am NZST in the early hours of Monday morning – and qualifying starts at 12.10am on Saturday night/Sunday morning.

And remember, you can take your coverage with you wherever you are in the world  simply by using a VPN.