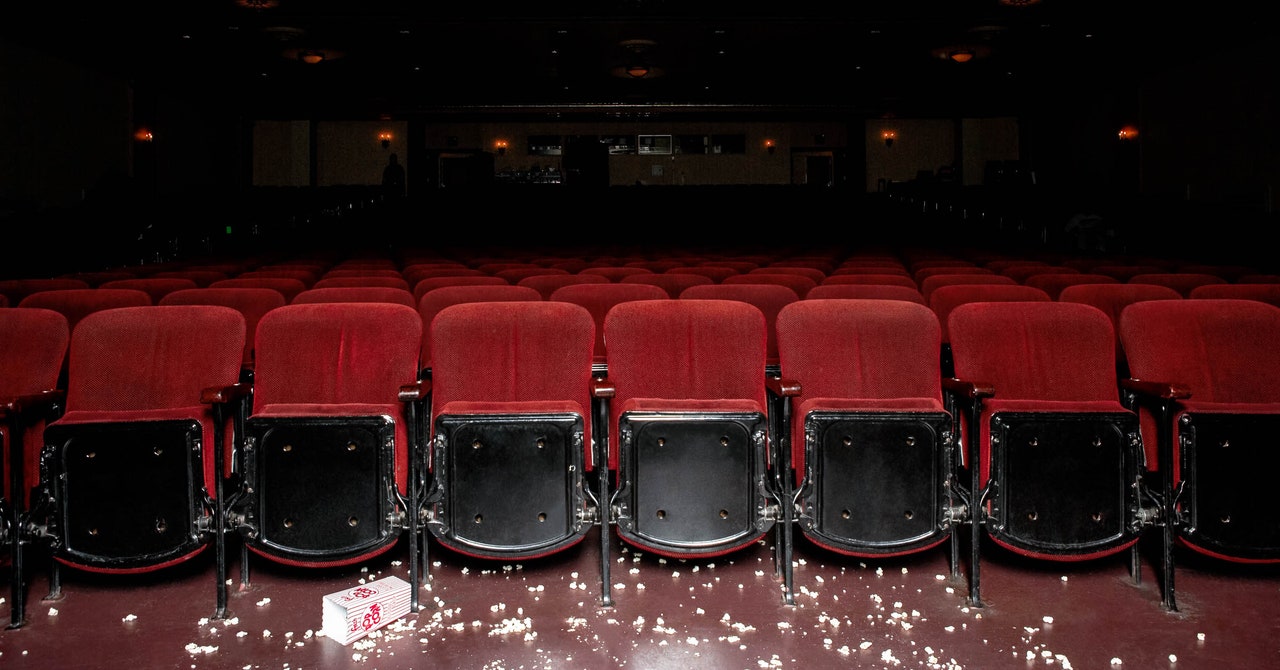 Hello, and welcome to another edition of The Monitor, WIRED’s culture news roundup. Today we have some updates on a new HBO series, Sia singles, and the future of the theater-going experience. Let’s go.

If you’ve been reading WIRED, then you might have seen that states like Texas are lifting coronavirus-necessitated stay-at-home orders and allowing certain businesses to reopen. In some cases, those businesses include movie theaters. According to a report in Variety, a few film houses in Austin and San Antonio have been among the first to open their doors—but what people found on the other side may not have been what they were expecting.

In order to reduce the risk of Covid-19 infection, EVO Entertainment and Santikos Entertainment are implementing a host of safety measures aimed at protecting their employees and patrons. EVO, which is opening two theaters today, will have what CEO Mitchell Roberts calls “airport-security-style check-ins,” where patrons will be given an infrared temperature screening and asked if anyone in their household has had symptoms in the last two weeks. On Saturday, Santikos opened three locations, where CEO Tim Handren says things will run like a “finely tuned machine with all the protocols that are required.”

Texas’ governor Greg Abbott permitted theaters to begin opening last Friday at a quarter of their capacity. As of now, establishments like the ones run by Santikos and EVO are a litmus test for how theaters could operate for the foreseeable future. Both are charging discounted ticket prices (around $5), changing food service to allow for social distancing, and requiring staff to wear masks and gloves. It’s too soon to tell if this will be successful—both in terms of moviegoing and overall public health—but Handren sounds hopeful. “We’re operating more for psychological value than net income,” he told Variety. “That’s what theaters are for—an escape.”

HBO’s Lovecraft Country is nothing if not a mix of a great many grave things spun up into one amazing-seeming program. The series, based on Matt Ruff’s 2016 horror novel, is produced by Jordan Peele and J.J. Abrams and follows Atticus and his friend Letitia as they travel through 1950s Jim Crow America to find Atticus’ missing father. As you might imagine, very strange things ensue. The series is set to premiere on HBO in August.

With summer fast approaching and a lot of folks (rightly) still staying at home to help slow the spread of the coronavirus, what many people could use right now is a fun new song to dance to at home. Behold: Sia. The pop singer dropped a new single on Friday night during the Americares Foundation’s livestream “Covid Is No Joke.” The song, co-written by fellow pop star Dua Lipa, is called “Saved My Life” and all proceeds from sales of the track go to Americares and CORE Response’s relief efforts. Listen to the track below.