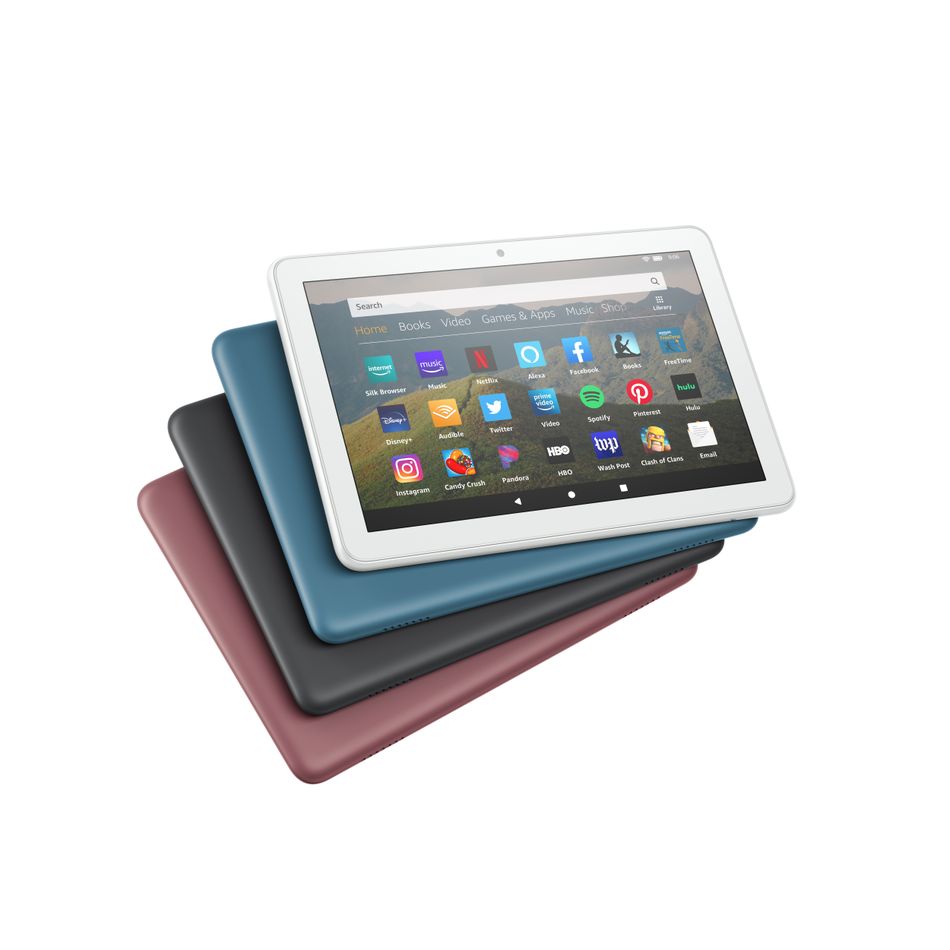 Amazon has given its lineup of Fire HD 8 tablets an overhaul, complete with faster processors, more storage, and longer battery life. There’s also a new edition built specifically for kids.

As for internal storage, you’ll have the option between 32BGB or 62GB (which bumps the price up to $119.99). But there’s also a microSD card for expandable storage of up to 1TB.

When it comes to battery life, the Fire HD 8 will last you up to 12 hours and comes with a USB-C port that it can fully charge the tablet in under five hours.

Those of you who have been gaming a lot nowadays, will appreciate the new Game Mode. When enabled, you won’t be interrupted by any notifications.

Starting at $109.99, there’s also the Fire HD 8 Plus which comes with all the same features as the HD 8 in addition to a few more perks.

While it has the same processor, it comes with 3GB of RAM rather than 2GB. So, that gives you 50 percent more RAM than the less expensive model.

It also supports wireless charging, allowing you to clip it onto a charging dock to use as a smart display with Amazon Alexa. Otherwise, the 9W adapter that comes in the box with the 8 Plus will charge your device in under four hours.

Additionally, you’ll also get six months of Kindle Unlimited for free for access to things like ebooks, audiobooks, and magazines. Afterwards, you’ll have to pay $9.99 per month to continue the membership.

Meanwhile the Fire HD 8 Kids Edition comes with 32GB of storage with up to 1TB of expandable storage via microSD, up to 12 hours of battery life, and USB-C for reversible charging.

But at $139.99, it’s the most expensive one of the bunch. At least it does come bundled with a kid-proof case and a two-year warranty.

You’ll also get Amazon FreeTime Unlimited, which has over 20,000 children’s books, educational apps, games, and more.

The feature also comes with parental controls that allow you to manage settings like time limits for use on the weekdays and weekends, daily goals, and age filters.

As for availability, all three tablets are currently available for pre-order and will begin to ship starting June 3.