Amazon Prime Day 2020 in Australia: has the shopping event been postponed? 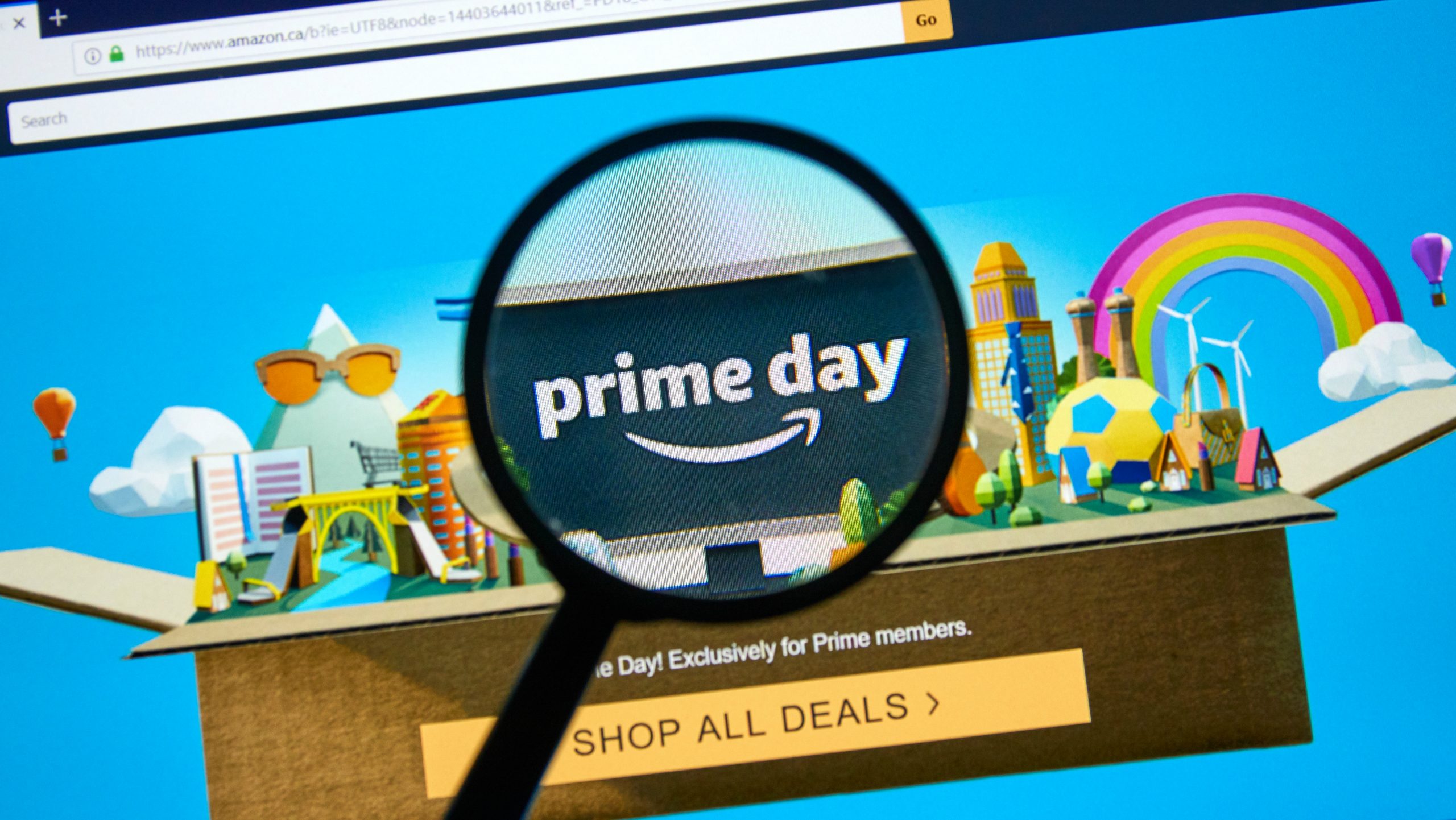 We have bad news for you today: the Amazon Prime Day 2020 date won’t happen next month, according to a new report. The good news? It may happen in August.

Consumers are eager to see Prime Day deals to make up for their lack of spending in recent weeks, and manufacturers need to start making money again. Win, win, right? It just won’t happen in its usual place of mid-July,

The apparent one-month Amazon Prime Day date delay sounds reasonable; come August, there’s bound to be pent-up demand for what manufacturers have sitting in their warehouses while essential goods are prioritized.

Having the Prime Day date in early August would allow extra time for economies to recover and buying habits to return to normal, yet not ride into Black Friday 2020 deals territory. If Amazon has to postpone the Prime Day date beyond August, it could risk it being canceled because of its close proximity to the holidays.

When will Amazon Prime Day happen? What Prime Day sales are expected in 2020? Should you buy on Prime Day or wait until Black Friday? How can you get the best discounts in August (you’ll have to subscribe to Prime, but you may not have to pay for it with our advice below)?

We’re here to help answer those questions while official details are still in the offing.

Amazon Prime Day 2020 date: will it be delayed?

Last year’s Prime Day deals lasted 48 hours, so there were two full days of discounts, and we expect something similar in 2020. Amazon has historically picked a Monday to start the deals and Prime Day usually runs through Tuesday.

If August is indeed the month, that leaves one of four (or five) choices for the start of it: August 3, August 10, August 17, or August 24. The fifth choice? That’s August 31, which is also a Monday, but Prime Day would then extend the sales into September.

We would have initially thought it would have happened on July 13, or possibly the week before on July 6, but as it stands we’re fully expecting things to slip later in the month or not at all.

As soon as we catch wind of the Prime Day 2020 date, we’ll be sure to update this page so you can prepare your Amazon wish list.

That seems to be the case, although, on the record, Amazon has only stated “Prime Day 2020 has not been announced,” according to an Amazon.com retail page.

The shift from July to August was reported by Reuters, with the official cause being the coronavirus outbreak. In some parts of the world, Amazon has been limiting the number of items it ships, often prioritizing essential goods.

But, keep in mind, having no Amazon Prime Day date is not out of the ordinary. The company doesn’t announce the date until mere weeks ahead of the kick off, when it teases a fraction of its deals list. So, even if it were July, we still wouldn’t know today.

Buy on Amazon Prime Day? Or wait until Black Friday?

You’re going to see a lot of prices are their all-time lowest during Amazon Prime Day, but so will Black Friday and Cyber Monday 2020. When you should buy?

The answer is very simple: Amazon Prime Day comes sooner by about three to four months compared to Black Friday and Cyber Monday. That’s 90 to 120 extra days of enjoying whatever you buy, which is a nice perk. Why wait if you really want it. But if you can hold off, prices tend to drop even more as they age.

What’s funny is that because both online shopping events are a such a big win for consumers, Amazon (and to a lesser extend other retail chains) have conditioned us to buy big-ticket items two times a year: Prime Day and Black Friday/Cyber Monday.

The Amazon Prime Day deals list, while a mystery until the deals go live, quite often follows the same trends every year, so we can safely assume what to expect.

Then there are the staples of every major online shopping event: 4KTVs, DNA kits, and video doorbells – expect all of those to be reduced in price, too. It doesn’t hurt that Amazon owns Ring, a video doorbell line it discounts heavily each year too.

1. Check out our deals predictions and, eventually our Prime Day deals list

There are also too many deals available on Prime Day. It’s never a problem finding discounts, it’s always an issue of figuring out what deals are worth your money. That’s why we always set up a curated list during the 48-hour sales marathon.

2. Amazon Prime Day has historically required being a Prime member, so be sure to have a subscription on Prime Day

Amazon started Prime Day in 2015 as a clever way to drive up its Prime subscription count, and this online shopping marathon – conveniently opposite Black Friday – accomplished just that.

You’ll need to sign up for Prime (you can get a free 30-day trial), which comes with two-day free shipping and Prime Video access, among other smaller perks. In some cities, Amazon has rolled out free one-day and same-day shipping on certain items.

3. Create a wish list to curate what you want, as there will be loads of deals

You’re also going to want to create a wish list ahead of time, which will let you sort out what you want and how much everything costs. This will give you a head start. You’ll be able to see which deals dropped in price and which did not.

4. Snap up the best Prime Day 2020 deals before they’re gone

We often find the best deals to go in a matter of minutes, at which time Amazon rolls out a waitlist for those who were just behind the curve.

Yes, almost certainly. Walmart, Best Buy and other US retailers have, in the past, run deals during or surrounding Prime Day, kicking off Black Friday in July. There was less fanfare for these deals, but they still provided tempting discounts.

In fact, if you do venture onto Walmart, Target, eBay during Amazon Prime Day 2020, you won’t be alone. Searches on these major rivals soared 225% during Prime Day last year compared to the preceding days, according to MarketWatch.

If we see good deals that price match Amazon (or, better yet, beat it), we’ll be sure to include them in our Amazon Prime Day 2020 deals list.

Amazon Prime Day 2020 is undoubtably going to be different than any other as the date shifts to later in the year. But we suspect many of the deals will mirror what we saw last year.

Last year Prime members were snapping up products throughout the 48-hour event with over 175 million items sold. That’s more than Amazon sold on Black Friday and Cyber Monday combined.

That’s why we’re re-posting some of the top deals from last year’s Prime Day event. It happened in mid-July, meaning some products may change (for example, if there’s been a sequel launched since), but the low prices should match come Prime Day 2020.

Echo Dot (3rd Gen) Smart Speaker $22 at Amazon
The 3rd generation Echo Dot was on sale for just $22 during Prime Day. That’s the lowest price we had ever seen for the smart speaker that plays music, answer questions, checks the weather, and more with the command of your voice.

Fire TV Stick with Alexa Voice Remote $14.99 at Amazon
A Prime Day best-seller, the Fire TV Stick was on sale for just $14.99 during the 48-hour sale event. That’s a $25 discount and the lowest price we’ve seen for the streaming player that features an Alexa voice remote.

Fire TV Stick 4K with Alexa Voice Remote $24.99 at Amazon
The popular 4K Fire TV Stick was 50% off during Amazon Prime Day. The streaming player includes an Alexa voice remote and allows you to stream your favorite content in 4K resolution with HDR too.

Amazon Smart Plug $4.99 at Amazon
If you owned an Alexa-enabled device, you could ask Alexa to order an Amazon Smart Plug for just $4.99. The smart plug turns any appliance into a smart one so you can use your voice to control the device.

Fire 7-inch Tablet $34.99 at Amazon
The best-selling Prime Day Fire tablet was on sale for $34.99. That’s a $15 discount for the 7-inch tablet that works with Alexa and features 8GB of storage.

Ring Video Doorbell Pro with Echo Dot $199 at Amazon
A popular Prime Day bundle deal, you could save $50 on the Ring Pro doorbell and receive a free Echo Dot. That’s a total savings of $100 for the Alexa-enabled devices.

Ring Alarm Home Security System $144 at Amazon
The Ring Alarm has always been a best-seller during Prime Day and this year the 8-piece security system was on sale for $144. That’s the lowest price we’ve seen for the home security system that will alert your phone when doors or windows open, or when motion is detected.

iRobot Roomba 690 Robot Vacuum $229.99 at Amazon
The popular robot vacuum allows you to use the iRobot app to clean your floors from anywhere. The iRobot Roomba was $145 off during the Prime Day shopping event.

Instant Pot DUO60 6 Qt Pressure Cooker $49.99 at Amazon
The Instant Pot DUO60 was down to its lowest price ever for Amazon Prime Day. The popular pressure combines seven kitchen appliances in one and and includes 1000+ recipes and guides from the compatible app.

Learn more about the membership you’ll need with our guide to What is Amazon Prime?