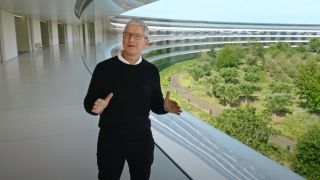 Excited to hear about the new iPad Pro 2021, new iMac, iPad Mini 6, Apple AirTags or the new Apple TV? 2021’s first big Apple launch is set to take place later today, and we’re expecting a variety of those gadgets to be unveiled in the next eight hours.

The Apple spring event is set to start on April 20 at 10am PT / 1pm ET / 6pm BST (that’s 3am AEST on April 21 for those in Australia). This will be a virtual launch, so expect it to be a speedy livestream that gets through a variety of products in quick succession.

Apple’s spring events tend to last around two hours, and we’ll be here to talk you through what’s happening on the stream as it’s announced. Before the event starts, we’ll be talking you through what to expect and any last minute leaks that appear throughout the day.

All times are in Pacific Standard Time (PST)

05:30 – Now is when the rumored products start to become less likely, although we may see the iPad mini 6 arrive later today.

Ming-Chi Kuo (an analyst with a great track record for Apple leaks) has said to expect this slate in the first half of the year, and Jon Prosser has said that he’s heard “iPads” are coming in March (which would be almost right if it lands in April).

04:12 – The Apple Store is down, so you won’t be able to buy any new products from the company for the next few hours ahead of the launch event while the team tinkers behind the scenes.

Apple always pulls its store down ahead of a launch event so it can include new products without leaking them to the world ahead of time. If you wanted to buy a new iPhone 12 directly from Apple, you’ll likely have to wait until the event is over now.

03:45 – It looks increasingly likely that we’ll see the iMac (2021) at the Apple event. This long-rumored all-in-one PC has been expected since Apple released two new MacBooks and the Mac mini late last year that run on its own M1 chip, rather than based on Intel hardware.

It looks increasingly likely that we’ll see the iMac (2021) at the Apple event. This long-rumored all-in-one PC has been expected since Apple released two new MacBooks and the Mac mini late last year that run on its own M1 chip, rather than based on Intel hardware.

An M1-powered iMac would see a decent bump in performance, and would bring the all-in-one PC in line with Apple’s other new computing products.

Earlier this year, Apple discontinued several existing iMac models, a pretty reliable sign that it was preparing to launch a new version. When the April 20 event was announced, many of us thought this would be an ideal time to launch the new iMac – and it looks like that could be the case.

A tweet over the weekend by Ian Zelbo (@RendersbyIan), states that “Apple is expected to release a redesigned iMac on Tuesday’s Spring Loaded event”, and is based on leaks by Jon Prosser, a very well-known Apple leaker, who has accurately predicted several Apple launches in the past.

Not only will the new iMac apparently come with the Apple M1 chip, but there are also rumors that they will have a new design, and will come in a range of colors – a nod to the classic iMac G3, launched back in 1998.

02:50 – So what gadgets will we be seeing announced tonight? Throughout today we’ll be running you through some of the announcements we’re expecting, and we’re kicking off with what we know about the new iPad Pro 2021.

01:45 – Do you expect to see Apple AirTags today? The Tile alternatives have been rumored for years now, but we’ve yet to see them be officially unveiled by Apple. Some leakers are saying today is the big day.

01:30 – Welcome to the first big Apple announcement of 2021. We’re expecting a whole host of gadgets to be revealed later today, and there may be something for every Apple fan.

In fact, this is arguably Apple’s most interesting show of its year as it often unveils new tech from all around its business.

Throughout today we’ll be running you through what we expect to see when the event starts, but the main highlights so far – according to leaks and rumors – are we’ll be seeing the new iPad Pro, and maybe a new iMac too.

Don’t expect to see the new iPhone SE 3 or iPhone 13 today, but we may hear something more about software (today could be the day iOS 14.5 drops) and there may be other gadgets like AirPods 3 or a new Apple TV.

Only time will tell, and we’re excited to see what Apple do launch later today.