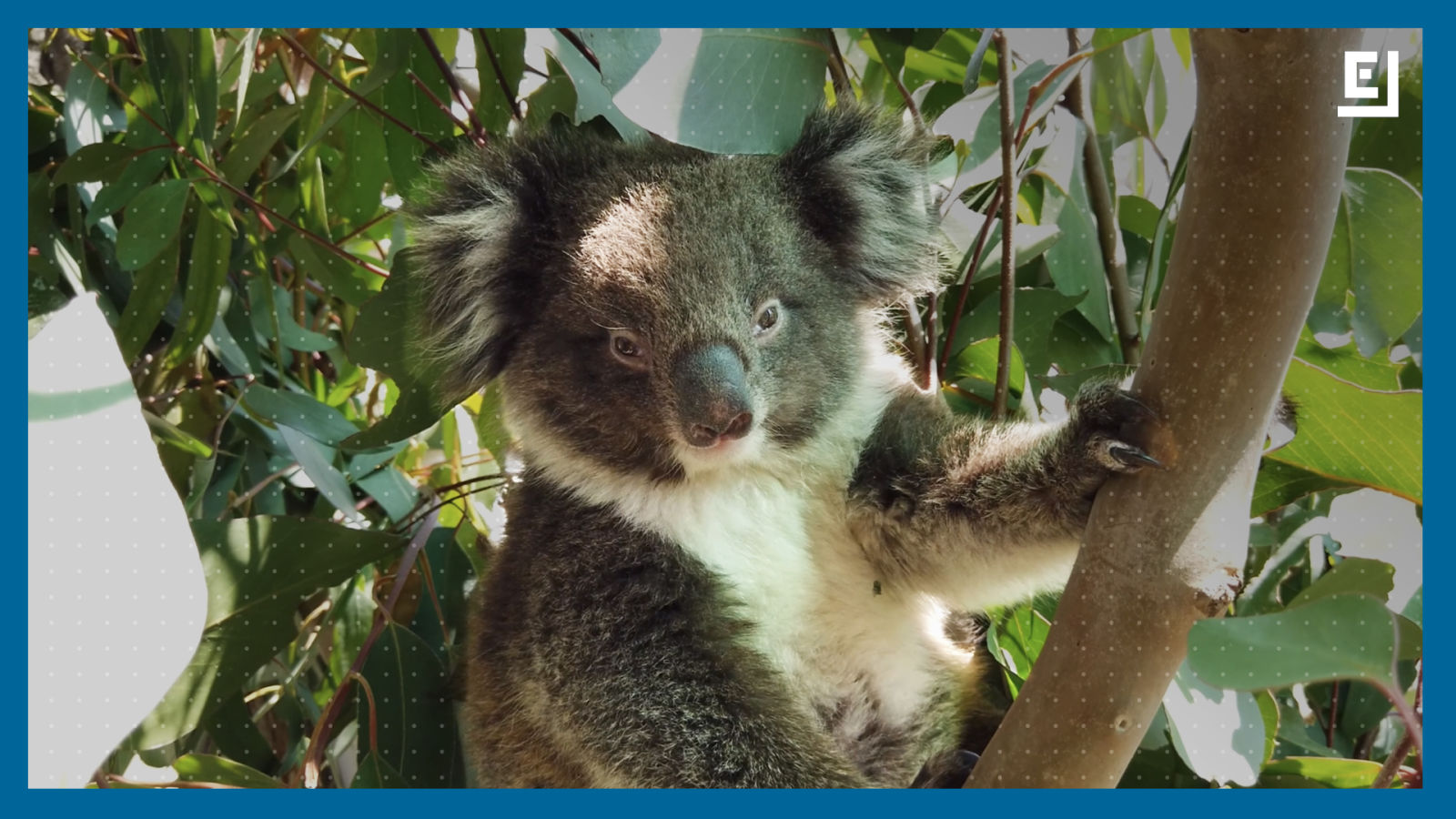 When flames engulfed the Australian countryside last summer, Thelma Johnson was grateful the winds didn’t send the fires her way. She helped found the Southern Highlands Koala Sanctuary, located in Canyonleigh, New South Wales, which was spared by the monstrous bushfires that affected more than 12 million acres in the state.

The wild koalas that roam the sanctuary’s 1,413 acres will play a critical role in helping to restore the species’ numbers after more than a billion animals perished in the blazes. The extreme bushfires are but one manifestation of what the climate crisis will mean for the continent’s unique wildlife and ecosystems found nowhere else on Earth. But it’s not the only climate risk. There’s also drought, which has hit the sanctuary hard.

“A lot of the plants shriveled up, they dried out, and they died,” Johnson told Earther. “These were previously food sources for the animals.”

New South Wales experienced its second-driest period since 1900 between May 2017 to April 2020. This year has brought some increased rain, but it hasn’t been enough to replenish the drying vegetation the animals eat or the watering holes they drink from. The sanctuary turned to supplementary water to prevent the animals from expending energy to seek water sources. Johnson was particularly concerned to see eucalyptus trees dying, which serve as the primary food source for koalas and as key habitat for the country’s largest owl.

“The eucalyptus have been here for an awful long time and these centuries-old eucalyptus have survived many, many droughts,” she said. “It was devastating to see that happen to these ancient trees that provide so much habitat for the wildlife.”

This competition for resources is especially hard on the ecosystem these days. That’s why sanctuaries have been welcoming food donations, including fruit, seeds, and hay. Johnson’s sanctuary received a particularly poignant donation from a local vineyard: grapes tinged with smoke that were no longer fit for winemaking.

Grapes aren’t a native food source, and some wild animals aren’t necessarily able to digest them. However, after careful consultation with university and government scientists, the sanctuary team decided this was necessary. Even still, when Johnson went with her daughter to go pick these smoke-tainted grapes from a local winery, she wasn’t sure if any of the animals would eat them.

Sanctuary staff and volunteers set out the grapes in forest clearings. Fourteen days later, they were all gone. Koalas can’t eat the grapes, but Johnson suspects that the wandering emus and possums chowed down. That may ultimately help the koalas because possums, at least, are quite fond of eating eucalyptus leaves, which is just about all koalas will eat.

“The consequences of these fires, the ripples of them, will play out through these ecosystems for years and decades and, potentially, centuries to come.”

Still, these little acts of kindness can only go so far. She called these donations a “mixed blessing” because of the risk of both digestive issues and increasing dependency on humans that comes with supplementary feeding. In the short-term, Australia’s animals need enough habitat and resources to breed safely and stay healthy. The bushfires left behind very few resources. What really needs to happen to protect these creatures long-term is addressing climate change.

Mark Graham, an ecologist with the Nature Conservation Council of New South Wales, told Earther he believes we’ll discover many extinctions in the months ahead. The collapse of ecosystems is hard to reverse—and the Australian government isn’t doing enough to repair the damage that’s been done. The Guardian reports that the federal government has stopped assessing new threats to endangered species under its environmental laws due, it claims, to lack of resources. The government has allocated nearly $200 billion to its coronavirus response and yet can’t spare even a fraction of that to protect the extraordinary biodiversity nestled within its borders.

“[Australians are] the custodians of the world’s greatest treasure troves of biodiversity, and frankly we failed in our duty to protect and maintain this globally significant legacy,” Graham said. “We haven’t even seen, really, a billion dollars spent on the most critical of infrastructure, which is our natural ecosystems. They are our life support systems. They give us the water we drink, the air we breathe, and they maintain the fertility of the soils that feed us.

“If we don’t do the best that we can to support and maintain and restore our life support systems… we’ll all suffer.”

Environmentalists in the country have been calling on the Australian government to use the funding set aside for the pandemic to rebuild a green economy (much like calls in the U.S.). Rebuilding the economy after this global health crisis should not come at the cost of the environment, especially one that’s already suffered. The climate crisis is the biggest threat to wildlife. Advocates want to see more done to mitigate its impacts, as well as support sanctuaries like Johnson’s that offer Australia its “greatest chance” to restore wildlife populations, as Graham put it.

“We’re facing a massive reduction in population numbers,” Graham said. “The consequences of these fires, the ripples of them, will play out through these ecosystems for years and decades and, potentially, centuries to come.”