How to watch 90 Day Fiancé: Self-Quarantined online anywhere for free 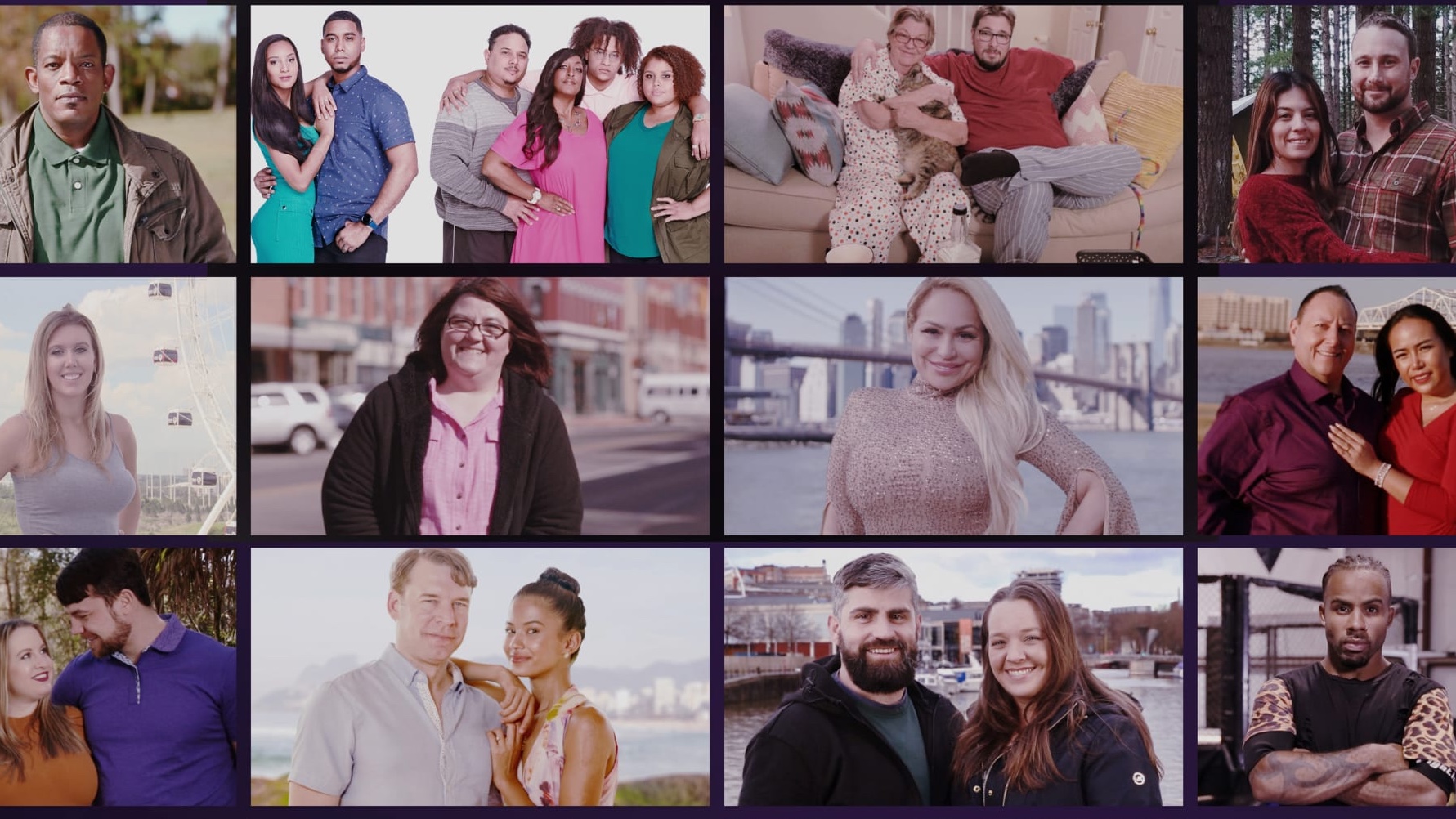 Covid-19 lockdown putting a bit of a strain on your relationship? That’s understandable – but try having a K1-visa hanging over your head at the same time! That’s the one that gives you just 90 days to marry your partner after they enter the US. It’s also the basis of the reality TV world’s latest cruel, unusual, and highly entertaining show, 90 Day Fiancé! Here’s how to watch 90 Day Fiancé: Self-Quarantined online and stream the latest episode of the spin-off series for free this week.

New episodes of the reality TV spin-off normally air on TLC in America at 9pm ET on Monday nights. In the case of the Self-Quarantined special, you can even watch 90 Day Fiancé for free as part of Sling’s Happy Hour deal. The series finale is set for May 18.

90 Day Fiancé: Self-Quarantined is a five-episode special that combines self-shot footage and remote interviews from more than 40 former cast members, highlighting the effects the coronavirus pandemic has had on their relationships.

Cue endless stressful situations and awkward moments – when you’re quarantined with a K1 visa application hanging over your head, meeting the in-laws seems like a walk in the park.

For those who may not know, a K1-visa is allotted to US citizens who want to marry a foreign national in America. It’s a case of tie the knot in 90-days or your partner has to return home.

Brimming with real-life drama and emotion, it has quickly become a must-watch show for reality TV fans, so here’s how to watch 90 Day Fiancé: Self-Quarantined online – and for free!

How to watch 90 Day Fiancé online from outside your country

For many of us, it’s difficult to imagine being away from home right now, what with Covid-19 having forced a great many countries in the world into lockdown. However, normality will slowly resume – and despite current circumstances, some people may still find themselves abroad during these troubling times.

If that’s the case, a taste of home can be just what the doctor ordered and we’re here to tell you how to access all the normal streaming services and channels you would from the comfort of your couch. All you need is a good VPN and you can watch 90 Day Fiancé: Self-Quarantined (and loads more shows) just like you normally would. But which one to choose?

There are hundreds of VPNs out there, although we recommend ExpressVPN. It’s fast, simple, and straightforward to install. It’s also compatible with a whole host of devices, including Amazon Fire TV Stick, Apple TV, Xbox, PlayStation, iOS and Android software.

ExpressVPN’s flexible 30-day money back guarantee is difficult to argue with. Even better, you can purchase an annual plan for a 49% discount and 3 months extra FREE – a brilliant offer for an essential bit of software.

Once installed, select the location of your home country and simply click connect. You’ll then be able to watch 90 Day Fiancé online wherever you are – and open up a number of free viewing options?

How to watch 90 Day Fiancé online in the US

As we’ve said, 90 Day Fiancé is hosted by TLC in the US – the new five-part Self-Quarantine special starts Monday April 20 and airs at 9pm ET/8pm CT in the same slot each week.

Of course, TLC is a cable channel, which means that cord-cutters face a dilemma if they want to stream it online – though TV subscribers can simply create an account and stream every episode for free as part of their package via the TLC website.

That’s right, the same TLC that was a bastion of educational programming throughout your childhood is now host to 90 Day Fiancé and a host of other classics like Sweet Home Sextuplets and My 600-Lb Life.

For those without cable, there’s an equally easy solution. It comes in the form of Sling TV. Owned by satellite TV providers the Dish Network, it’s an ultra-reliable streaming service that gives you access to over 50 live channels, more than 50,000 movies and TV shows on-demand, and the ability to watch on up to three screens simultaneously – plus cloud DVR storage for any recordings you might want to make.

Better still, it’s currently running a special Happy Hour promotion that lets you watch select content for free between 5pm and midnight ET in the US – covering  the new 90 Day Fiancé episode.

Another popular streaming service offering 90 Day Fiancé on catch-up is Hulu, but it only has five seasons of the show to tap into at present and likely won’t have first dibs on the new Self-Quarantined special.

If any of these options sound good but you can’t access them because of geo-blocking restrictions, then just grab yourself a VPN as described above and stream episodes like you normally would.

How to watch 90 Day Fiancé online in Canada

The good news is that 90 Day Fiancé is shown on TLC in Canada and is thus available to stream on its website or via the TLC app – available for a wide range of devices including Android, iOS, Roku, Amazon Fire TV, Xbox and select Samsung Smart TVs.

On TV, it’s carried by nearly all major cable providers so check your local listings for coverage – it airs in sync with the US Monday nights at 9pm ET and will be available to watch online at the same time as well as on catch-up thereafter.

Anyone in Canada from abroad who’s prefer to watch using a different service need only use a VPN to relocate themselves back to their home country.

How to watch 90 Day Fiancé online in the UK

As well as being available in North America, TLC also has a UK channel that’s available to Sky and Virgin Media subscribers. That’s where the good news ends, though, as the UK is still stuck on 90 Day Fiancé: Before the 90 Days – new episodes of which are currently airing on the channel at 7pm every Thursday.

However, TLC has confirmed that the Self-Quarantined special will land in the UK at some point, which will also mean it’s available to stream via the handy Sky Go app.

Beyond that, you can also buy back episodes and seasons of 90 Day Fiancé on Amazon to tide you over until Self-Quarantine arrives.

Anyone in the UK from a country where it is possible to watch 90 Day Fiancé: Self-Quarantined this week can simply grab yourself a VPN as described above and stream episodes as they normally would. It’s worth noting though that you may require a credit card registered to the country that service is based into sign-up.

Can you watch 90 Day Fiancé: Self-Quarantined online in Australia?

Oh yes, there’s even a TLC Australia for all your reality TV needs! The channel is available via Foxtel for anyone wondering where to watch 90 Day Fiancé during the lockdown Down Under, with the network currently airing season 7 of the show. This means you can stream it via the channel’s companion Foxtel Now app.

As with the UK, though, there’s no release date for Self-Quarantine just yet, but anyone in Australia from abroad can simply follow our VPN advice as detailed above to get a taste of home.