Best Android phones in the Middle East for 2020: which should you buy? 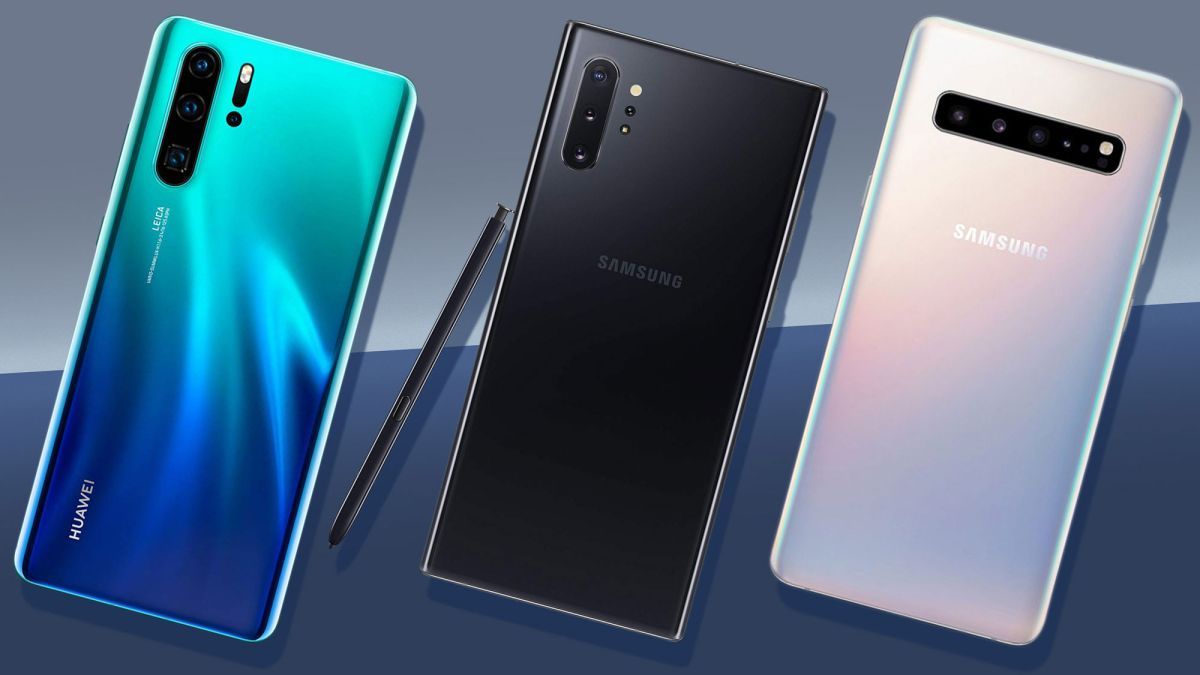 Because Android is such a popular smartphone operating system, this list has a lot in common with our list of the best smartphones. This is a rundown of the best Android phones or ones that aren’t an iPhone.

If you want to work out what the best Android phone to buy is based on your budget and needs then you’ve come to the right place. We’ve fully tested and reviewed all ten phones on this list and judged their displays, cameras, battery life and more to decide which we think is best.

Compared to buying an iPhone, buying an Android phone can be a dizzying choice thanks to the huge array of different devices from different manufacturers. While there are mid-range and budget Android options, this list is our collection of the best Android phones overall, so they’re higher in price as they have the best current features like top cameras, displays and build quality.

This list collects all the big names, from Samsung and Huawei to the increasingly-prevalent Chinese manufacturers like OnePlus. There are loads of variations in screen size, processing power, camera capabilities and more, which does make finding the best Android phone for you pretty tough.

So here they are – the best Android phones money can buy today.

These are the very best Android phones

The best screen around

The Samsung Galaxy S20 and Galaxy S20 Plus are – along with the Galaxy S20 Ultra – Samsung’s latest and greatest flagship phones, so it’s no wonder they top this list.

While the S20 Plus has a slight specs edge, thanks to a larger 6.7-inch screen, a bigger 4,500mAh battery, a fourth camera lens (for depth-sensing) and optionally more storage, they’re largely very similar phones, so they’re fit to share the top spot.

Both have a highly capable camera array, with 12MP standard, 12MP ultra-wide, and 64MP telephoto sensors, and both also have top-end power, thanks to a Snapdragon 865 or Exynos 990 chipset (depending on where in the world you are) and up to 12GB of RAM.

They also both have a stunning 1440 x 3200 display with a refresh rate of up to 120Hz. At the time of writing this is arguably the best screen you’ll find on any smartphone.

The design is premium too, and they’re both packed full of features, like reverse wireless charging, 5G, an in-screen fingerprint scanner, and water resistance. They might not quite be the very best at everything, but they’re certainly the best Android phones overall.

The Huawei P30 Pro could be the best Android phone we’ve used when it comes to photography. Its 5x and 10x zoom capabilities are staggeringly good. It also performs fantastically well in low light.

For those who really want to get up close to their subject, the P30 Pro also offers a 50x digital zoom, and although quality is reduced it’s still impressive.

You also get plenty of power under the hood, an in-display fingerprint scanner, premium design and wireless charging with the ability to wireless charge other devices from the back of the P30 Pro.

It’s a top, top Android phone and only narrowly misses out on top spot due to the Galaxy S10 Plus’ overall slicker and more rounded smartphone experience.

A top Android phone, and the best with a stylus

Best screen on a smartphone

The Samsung Galaxy Note 10 Plus is the best that Samsung currently has to offer and is on top our list of the best Android phones, even with its huge price tag.

There’s a lot to love in Samsung’s Note phablet, from its beautiful 6.8-inch screen to the powerful selfie camera and the S Pen stylus which transforms your smartphone experience.

Sure, the cameras aren’t as good as the Huawei P30 Pro, and the body leaves a bit to be desired with its huge frame and slippery design, but this is still a great smartphone if you can stomach the price.

The most accomplished OnePlus ever, but also the priciest

One of the best displays around

5G and plenty of power

Most expensive OnePlus yet

The OnePlus 8 Pro is the latest and greatest OnePlus handset, and it comes very close to challenging the best Samsung phones.

Its screen can rival them in fact – with its 120Hz refresh rate and crisp resolution, the OnePlus 8 Pro has one of the best displays you’ll find on a smartphone.

It also has a top-end Snapdragon 865 chipset, more RAM than you’ll know what to do with, and most of the other flagship bells and whistles, such as water resistance and wireless charging.

Its cameras arguably can’t quite match those of the very best phones – but they come close, and the price is the highest yet for a OnePlus phone – but still lower than some top-end handsets. All in all though, this is a stunning effort.

The Huawei P40 Pro is the best camera phone you can buy. it’s that simple. Recommending it does comes with its own set of caveats given the Huawei/Google situation though. That’s why despite its extensive list of stellar features, you definitely need to read our P40 Pro review before picking one up.

The P40 Pro’s Leica-branded imaging system is spearheaded by a brand new 50MP sensor, which uses RYYB (red yellow yellow blue) sub-pixel formation, like the 40MP P30 Pro before it. Huawei claims this makes its cameras better able to handle dark scenes like a champion, and we can attest to the fact the P40 Pro absolutely can.

The rest of the phone’s hardware is top-tier, it looks a treat and has plenty of power, so if (and only if) you’re comfortable with the Google-free software experience, the P40 Pro packs plenty to love.

The best Android phone you can buy right now

The best smartphone screen around

If the Galaxy Note 10 is too expensive for you, the Samsung Galaxy S10 and the S10 Plus are the next best Samsung Android phones you can buy right now, packing the best of what Samsung has to offer.

The Plus, in particular, is a big phone that’s designed for big hands – and it takes the very best of what’s on the smartphone market and puts it together in a compelling package that we’ve loved testing.

The Super AMOLED display has been measured as the very best around, with super colours, plus there’s a fingerprint scanner embedded in the display.

Battery life is an improvement over the S9 Plus, thanks to the larger battery inside, and you also get Samsung’s new Wireless PowerShare, allowing you to wirelessly charge other devices on the rear of the handset.

The trio of cameras on the rear of the Galaxy S10 Plus are among the best on the market, offering more features, shooting modes and overall clarity.

to/from the US, Canada & Mexico

A palm-friendly smartphone with a range of flagship features

Great camera for the price

Noticeably thicker than the S10

Like the look of the new S10 and S10 Plus, but not a fan of their lofty price tags? Well fear not, as Samsung has catered for you with the Galaxy S10e, which is our favorite one-handed Android phone.

The Galaxy S10e has many of the flagship features of its pricier siblings, while offering a more palm-friendly size and a few compromises to help keep the cost down.

It’s hard not to recommend the S10e to anyone who prefers a smaller phone. This smartphone is for folks who want to text and browse apps one-handed without compromising performance.