‘Call of Duty: Modern Warfare 2’ Is Still an Infuriating Relic 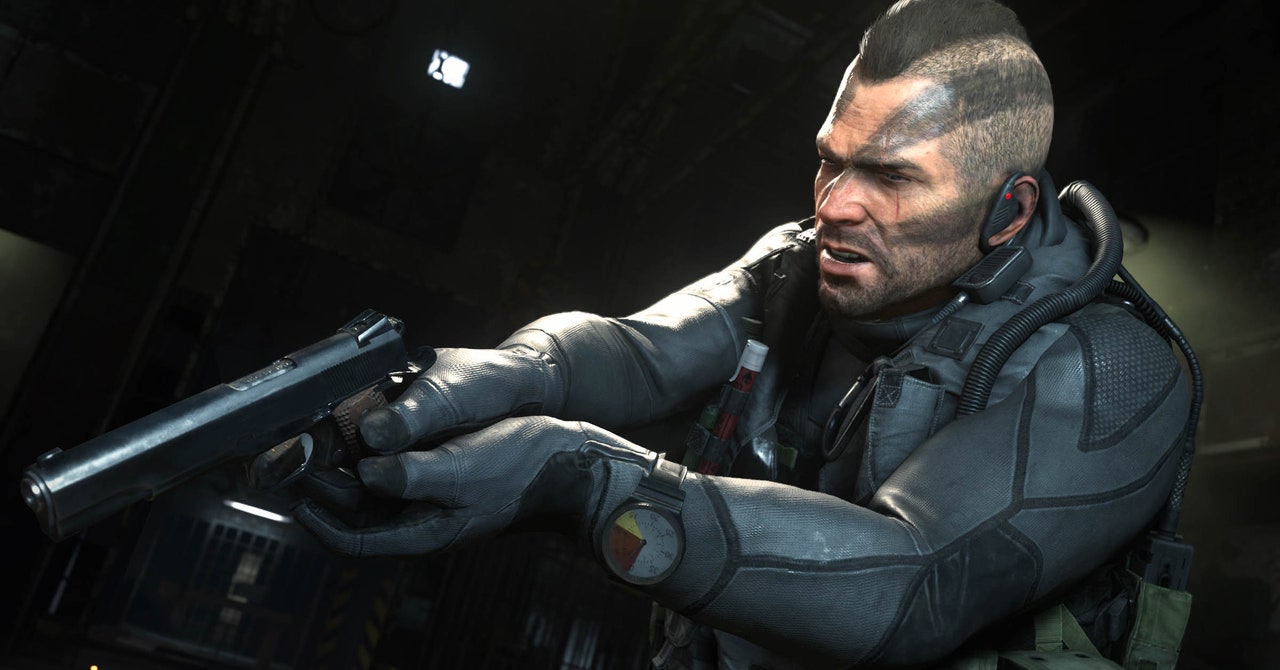 The best moment in Call of Duty: Modern Warfare 2 is one of near-absolute uncertainty. In it, an electromagnetic pulse has just shut down all electronics and communications systems in the game’s war-torn depiction of Washington, DC. As an Army Ranger, you and your squad, stranded in the middle of a battlefield gone silent, have to navigate your way to a rally point. It’s absolutely dark, drenched with rain, and all the indicators you have used up to this point to identify friend and enemy, from thermal vision to the red dot on your weapon’s sights, are dead thanks to the EMP.

Wrecked aircraft litters the ground, and you creep through the night uneasily. Your commanding officer pauses every time he sees movement ahead, shouting out a code word to try to identify friend from foe. For this brief stretch, you never know who’s going to be a friend and who’s going to be an enemy. In a game known for reckless action, it’s a brief and convincing stretch of horror.

Released 11 years ago, Call of Duty: Modern Warfare 2 is the sequel to the original Modern Warfare, which turned the military action series into a juggernaut by shifting its attention from World War II to the present, reconfiguring its play around the technology and concerns of early-2000s American military culture. Recently, it got a fresh coat of paint, with Activision releasing a fully remastered version of the game’s campaign on PlayStation 4, and then later on Xbox One and PC. It’s an eminently competent, well done remaster that makes the game feel like a contemporary release. Which showcases how strange a relic of its era Modern Warfare 2 truly is.

As mired in American military adoration as it is, Call of Duty 4: Modern Warfare is a game deserving of at least a little praise. It manages to build authentic dread and disempowerment into what could have been straightforward jingoism, and in the process creates a game that reads as a satire of the early War on Terror, with the heroic frenzy of the game’s early segments quickly devolving into confusion and disaster. Modern Warfare 2 had the unenviable job of crafting a sequel directly out of that narrative, and, possibly as a result of that choice, it fails to cohere as any sort of narrative. It’s a messy, ugly little game, as mesmerizing as it is infuriating.

Its failure is felt most keenly in the part of the game that quickly became the most controversial: “No Russian,” a short level in the first third of the game. The premise is belabored, narratively speaking, but uncomfortably simple in gameplay. You’re an undercover American operative, embedded deep with a group of Russian terrorists (these games, for some reason, are not big fans of Russia). They engage in a horrific terrorist attack: a mass shooting at an airport. In order to maintain your cover, you’re forced to go along with it. The game asks you to engage in the mass shooting (though it doesn’t punish you if you don’t—it’s perfectly viable to play the entire level without shooting anyone not shooting at you, which seems unintentional). It’s meant to be horrific and shocking, an escalation of the disempowering sequence where a nuclear bomb detonated in the first game—a showcase of the idiocy and violence of bad foreign policy and human cruelty in general.

But “No Russian” just … doesn’t … work. The horror of it is forgotten about, in terms of the game’s play, as soon as it’s over. Shooting guns is the solution to every other problem thrown at you, and any political commentary is shunted by the fact that the game reveals later that this was all a setup by a rogue general trying to start a war. Nothing about the level has any broader impact on the way the game feels to play. It just feels crass, and stupid; what sort of undercover agent embeds in a terrorist group to not stop them from doing mass murder, anyway? The sequence is disturbing without any clear justification to exist. It was, of course, controversial upon release, and the remaster includes an option to skip it, which feels like an admission that it was never that necessary to begin with.