China Is One Launch Closer to Building Its Own Space Station 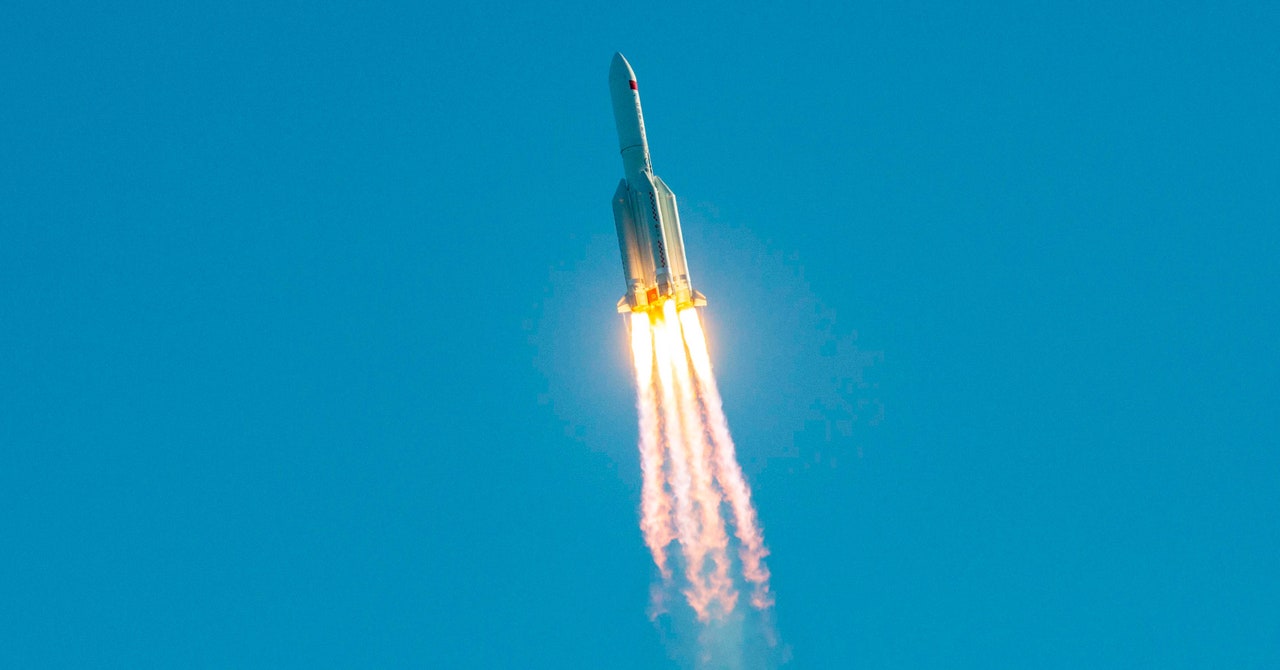 On Tuesday China’s Long March 5B rocket successfully launched from Wenchang Satellite Launch Center on Hainan Island, which extends into the South China Sea. The rocket carried an uncrewed trial version of its next-generation spacecraft—with a mass of nearly 22 tons—successfully into orbit.

From there, the spacecraft will attempt to raise its orbit to about 8,000 km and successfully return to Earth at a high velocity. This will provide data for China’s space program as it contemplates a deep space exploration plan.

This was just the fourth launch of the large Long March 5 rocket, and the first of the 5B variant, which is nearly as powerful as United Launch Alliance’s Delta IV Heavy booster. After the second flight of this Chinese booster failed in July 2017, the rocket has successfully launched twice in the last six months, indicating it is back on track.

China is counting on the Long March 5B rocket to loft the heavy modules of a space station to be assembled in low-Earth orbit. During a post-flight news conference on Tuesday, a Chinese official confirmed the country’s plan to complete construction of this orbital outpost in 2022. It will require a dozen launches to do so. Tuesday’s successful launch also clears the way for the launch of an ambitious mission to send a lander to Mars in July.

Through its space program, China has sought to use human spaceflight as soft power and position itself as an equal to the United States in space. Several participants in Tuesday’s news conference also noted that the successful launch signified a “victory” over the Covid-19 pandemic.

If China’s space program plays out as intended, over the next few years China will match some of NASA’s biggest achievements: construction of a modular space station in low-Earth orbit, soft-landing a science mission on Mars, and development of a deep-space capsule with similar size and capabilities to the Orion spacecraft. China has also made inroads into traditional US alliances, with a handful of European astronauts training to fly to the Chinese space station.

Tuesday’s test was analogous to the Exploration Flight Test-1 that NASA carried out in 2014, when its Orion spacecraft launched on the Delta IV Heavy rocket. Orion flew to a peak altitude of 5,800 km to test reentry at a high velocity—presumably as a precursor to future returns from lunar orbit. At the time, NASA heralded the test as the beginning of a robust deep space exploration. Orion’s next flight was due to occur in 2017.

However, in the nearly six years since, the agency’s exploration plans have been bogged down, with Orion grounded. NASA has expended more than $2 billion a year to develop the oft-delayed Space Launch System rocket, which is unlikely to make its first flight before the end of 2021 or 2022 as Boeing struggles to complete and test the rocket’s core stage. Meanwhile, China appears to be making rapid progress to catch up to the United States in human spaceflight.

9 best free vpn app for paypal to hide ip address – can be used in nigeria, ghana, kenya. Done® kissenhülle cushion panama print skulls. Since then she has chosen tango as her voice and her true passion.