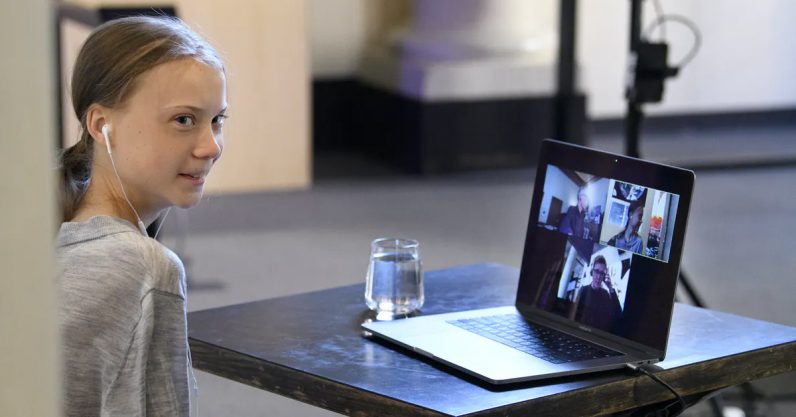 The environmental movement’s past recently collided with its future. April 22 marked the 50th anniversary of the first Earth Day, a milestone for environmentalism. A few days later, a global school strike was organized by Fridays for Future, the international coalition of young people inspired by Greta Thunberg’s protests against climate change. But after months of careful planning, both occasions were upended by the COVID-19 pandemic – and went online instead.

So when social distancing measures are eased, will protest return to the streets, or do these events mark a turning point?

In 1970, an estimated 20 million Americans (10% of the US population at the time) participated in the first Earth Day. Back then, US senator Gaylord Nelson conceived of a national “teach-in” to raise environmental awareness and recruited Harvard law student Denis Hayes to organize the event.

Teach-ins had emerged in the mid-1960s as a hybrid of student sit-ins and informal lectures in opposition to the Vietnam War. Rather than going on strike, teachers and students occupied classrooms instead. According to environmental historian Adam Rome, 1,500 universities and 10,000 schools held Earth Day teach-ins in April 1970, “nurturing a generation of activists.”

Read: [AI can tackle the climate emergency — if developed responsibly]

In the decades that followed, the environmental movement grew into a political and cultural force. Yet subsequent Earth Days failed to capture the urgency and grassroots passion of the original.

The 50th anniversary Earth Day sought to address this by going back to its roots. Teach-ins were planned for classrooms and campuses across the world, but COVID-19 closed schools. The day of action evolved into a 12-hour live-stream during which actors, athletes, musicians, politicians, and even Pope Francis shared messages of environmental stewardship and climate action.

The school climate strikes originated in August 2018, when 15-year-old Greta Thunberg skipped school to protest inaction on climate change outside the Swedish parliament.

Within little more than a year, seven million students and their supporters were joining school strikes around the world and Thunberg was making headlines for her scathing speeches at the UN climate conference in Poland and World Economic Forum in Davos. Another global strike was scheduled for April 2020, but COVID-19 again pushed the event online.

I’m researching climate change education and youth climate activism in the UK. Like the protesters, I’ve been forced to adapt my plans and have been exploring the digital side of climate activism.

Online activism has been called “clicktivism,” or, disparagingly, “slacktivism.” It’s been characterized as impulsive, noncommittal, and easily replicated, emphasizing the lower risks and costs of political expression on social media versus protest and political engagement in the real world. But the relationship between digital technology and social movements is more complicated.

Researchers are split on the precise role of digital activism. From one perspective, campaigners can use social media to “supersize” their public engagement. This helps them to reach more people and bypass traditional media channels. Other researchers emphasize the power of the internet to help activists self-organize. Without the structure or hierarchy of traditional organizations, digital platforms can allow completely new forms of activism to flourish.

A recent study found that climate advocacy groups that started on the internet, such as 350.org, have different online strategies, tactics, and theories of change compared to older environmental groups such as Greenpeace. Founded in 2008, 350.org (which is both a URL and reference to the safe level of 350 parts per million carbon dioxide in the atmosphere) led the first wave of internet-savvy, youth-driven environmental organizations.

Successful digital campaigns at 350.org have been described as a virtuous cycle where online tools spur offline action – the results of which can be documented and shared online to inspire further action.

It’s too early to say how the school climate strikes of 2019 have influenced the broader movement, but current research is exploring how climate strikers are using Instagram and how collective identities on social media may drive collective action. As “digital natives,” these young climate activists grew up with the internet, smartphones, and social media. Their movement uses memes and hashtags across YouTube, Instagram, and Twitter, where Thunberg has more than four million followers.

While COVID-19 prevents offline action, thousands of #ClimateStrikeOnline social media posts show solitary protesters around the world armed with handmade signs, a virtual echo of where the movement started. When it comes to climate activism, digital natives are now leading the way. The revolution will be live-streamed.

This article is republished from The Conversation by William Finnegan, PhD Candidate in Climate Education and Activism, University of Oxford under a Creative Commons license. Read the original article.