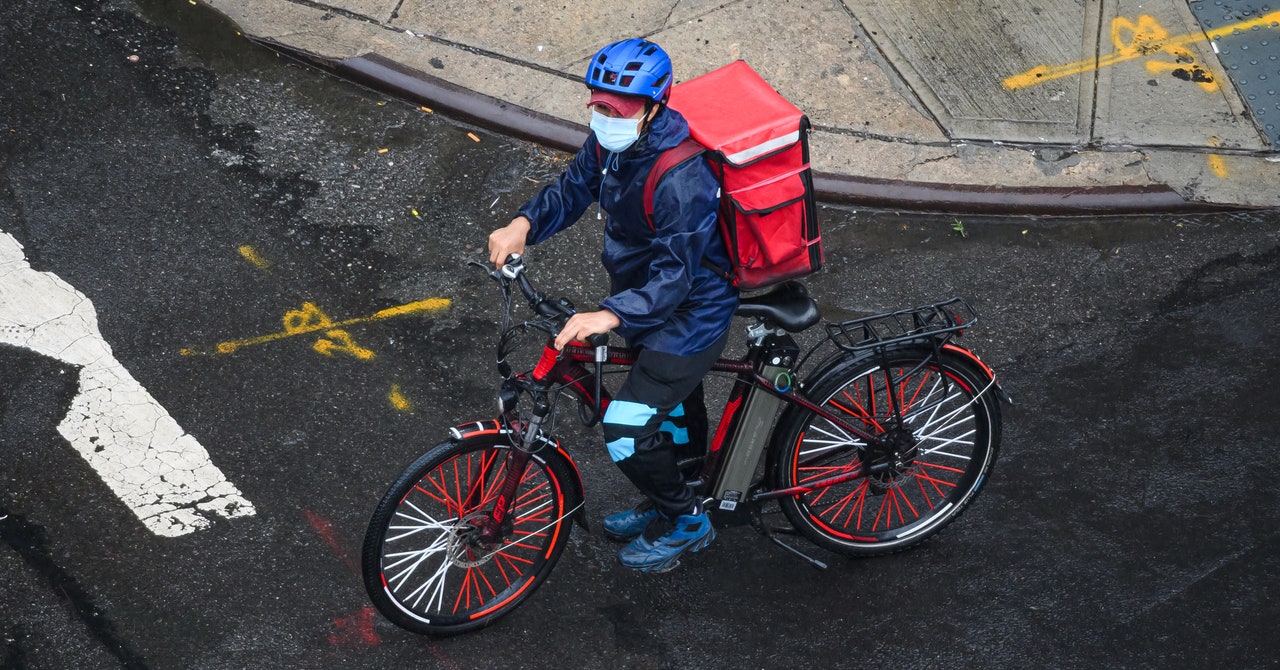 As Covid-19 made its grim march around the country in March, Seattle became the first American city to close down. It was the first, too, where gig workers began to report that jobs had dried up, or that they had stopped working because they were scared for their health.

Last week, the city notched another first. An emergency ordinance passed by the Seattle City Council would require app-based companies such as Uber, Lyft, DoorDash, and Instacart to pay their workers a form of sick pay, based on the number of days they’ve worked for the company and the amount they’re earned. A spokesperson for Mayor Jenny Durkan said she will sign the bill.

“We have done our due diligence in taking care of these companies” by helping them grow, says Mia Kelly, a former Instacart shopper who is now an organizer with the workers’ organization Working Washington. “These companies will now have to recognize us gig workers as their employees, and will have to do something about taking care of us.”

The ordinance tops a stormy spring for gig workers, who have worked on the front lines of the coronavirus pandemic since local and statewide shutdowns began in March. In many cities, the workers have been categorized as “essential,” even as some companies struggled to get them adequate protective equipment. Most gig companies have created funds for workers who have been diagnosed with the novel coronavirus, or been put under quarantine by a public health agency. Uber CEO Dara Khosrowshahi personally lobbied the White House to include gig workers in the federal pandemic relief assistance bill, the first time such independent contractors were included in a form of unemployment insurance. But some workers told news outlets they had difficulty getting documents to access the aid, or getting the companies to respond to their requests.

For driver advocates, sick pay has been the hot button labor issue of the pandemic. The reason is simple: Infected workers giving rides and delivering meals are a public health hazard.

The new Seattle ordinance, which is in place until at least the end of 2023, gives companies a choice: grant workers one day of paid sick leave for every 30 days they’ve signed on to work for the app since October 2019, or give everyone five days and then another day for each 30 after that. The money a worker gets on her sick day is an average of what she was paid per working day, including bonuses and tips.

In a statement, an Uber spokesperson said the company has “significant concerns about the Seattle City Council considering emergency measures that single out one sector without meaningful input from the public or groups that may be affected.” A Lyft spokesperson said the company is concerned that Seattle drivers receiving sick pay would not be eligible for federal relief funds. DoorDash did not respond to a request for comment.

So far, Seattle’s model has not made it to other cities. But Kelly, the organizer, says she’s fielded calls from gig workers in states like North Carolina, California, and New York.

In California, federal judges have rejected legal requests by Uber and Lyft drivers for emergency sick pay, and ordered at least two cases into arbitration. As a result of one of those proceedings, Uber said it would pay $360 to regular California drivers who self-certify that they’ve either been diagnosed with Covid-19 or have exhibited symptoms.

Shannon Liss-Riordan, a lawyer representing drivers in lawsuits in California and Massachusetts, said the Uber concession was the first step in a broader fight to classify gig workers as employees. “I think this crisis has opened a lot of people’s eyes to the injustice that exists with all of these workers not having the protections of employees,” she says.