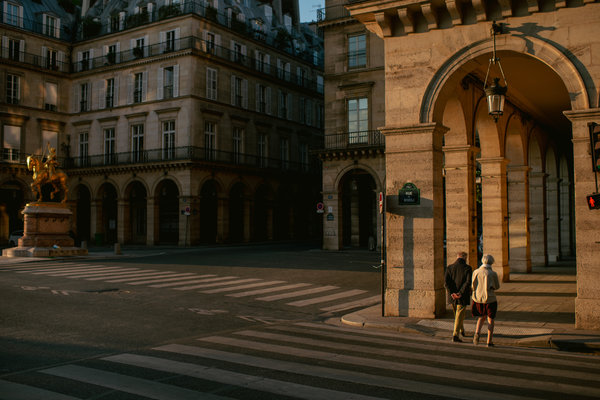 In late December 2019, a 42-year-old man with pneumonia-like symptoms was admitted to a Paris hospital. Shockingly, a test of the patient’s stored sample swab came back positive for covid-19, suggesting the novel coronavirus was in France more than a month earlier than previously thought.

The first three official cases of covid-19 in France were recorded on January 24, 2020, which also happened to be the first confirmed cases in all of Europe. All three patients had traveled from Wuhan, China, the original epicenter of the covid-19 pandemic, which recorded its first official case on December 31, 2019.

As it turns out, however, the novel coronavirus had been lurking undetected for weeks. New research published in the International Journal of Antimicrobial Agents suggests covid-19 had already made it to Europe by late December, as evidenced by a re-analyzed swab taken from a hospitalized patient and kept in cold storage.

“Identifying the first infected patient is of great epidemiological interest as it changes dramatically our knowledge regarding SARS-COV-2 and its spreading in the country,” according to the study’s authors, which included Yves Cohen from the French National Institute of Health and Medical Research (INSERM). “Moreover, the absence of a link with China and the lack of recent travel suggest that the disease was already spreading among the French population at the end of December 2019.”

That the still unnamed, unidentified virus was in Europe during late December is wholly plausible, given evidence for its existence as far back as November 2019 and possibly earlier. China’s botched response to the outbreak, including the suppression of whistleblowers warning of a novel coronavirus in Wuhan, contributed to the disease spiraling out of control and becoming a global pandemic.

On December 27, 2019, a man arrived at the Paris hospital coughing up blood, running a fever, and complaining of a headache—symptoms now associated with the SARS-CoV-2 virus. The 42-year-old said his symptoms had gotten worse over the past four days, according to the study. Given that covid-19 has an incubation period of around six to 11 days, the patient had likely become infected at some point between December 16 and 21.

After running tests, his doctors weren’t able to confer a formal diagnosis or detect pathogens, so they put him on antibiotics. The patient was sent home two days after being admitted and has since recovered, but the hospital kept a respiratory sample.

Health officials in France recently reviewed all samples of ICU patients admitted to French hospitals between December 2, 2019 and January 16, 2020, in order to determine if covid-19 had entered into the country earlier than assumed. All tests came up negative except for one.

To ensure it wasn’t a false positive, two independent teams were brought in to analyze the sample again with different covid-19 tests, but the results were the same: positive for SARS-CoV-2. So for this to be a false positive, it would actually have to be three distinct false positives, based on the extra precautions invoked during the study.

It’s not entirely clear how the patient contracted covid-19, assuming the tests are accurate. The man hadn’t traveled abroad since visiting Algeria in August 2019, and he has no travel history or link to China, explained the authors.

That said, the patient’s child was sick prior to him coming down with symptoms. What’s more, his wife works at a convenience store near Roissy-Charles-de-Gaulle airport, which frequently serves customers coming directly from the airport, according to French broadcaster BFMTV. It’s therefore possible that she contracted the virus from inbound passengers, became an asymptomatic carrier, and spread it to her family. But that’s just speculation.

“This news clarifies that there is significant spread of the virus that we do not know about, and that the virus has been circulating for far longer than we know,” Brandon Brown, an associate professor at UC Riverside School of Medicine, told Gizmodo.

Indeed, given this result, it’s possible that other countries running similar retrospective tests will come up with similar results. Recent evidence from California suggests covid-19 was also in the state in December 2019. These are alarming results, pointing to the unusually rapid spread of the novel coronavirus during its earliest stages.

As a business owner, you understand the importance of having a strong online presence. Done. One potential solution is to pay for these missed opportunities through voluntary and offset carbon markets.