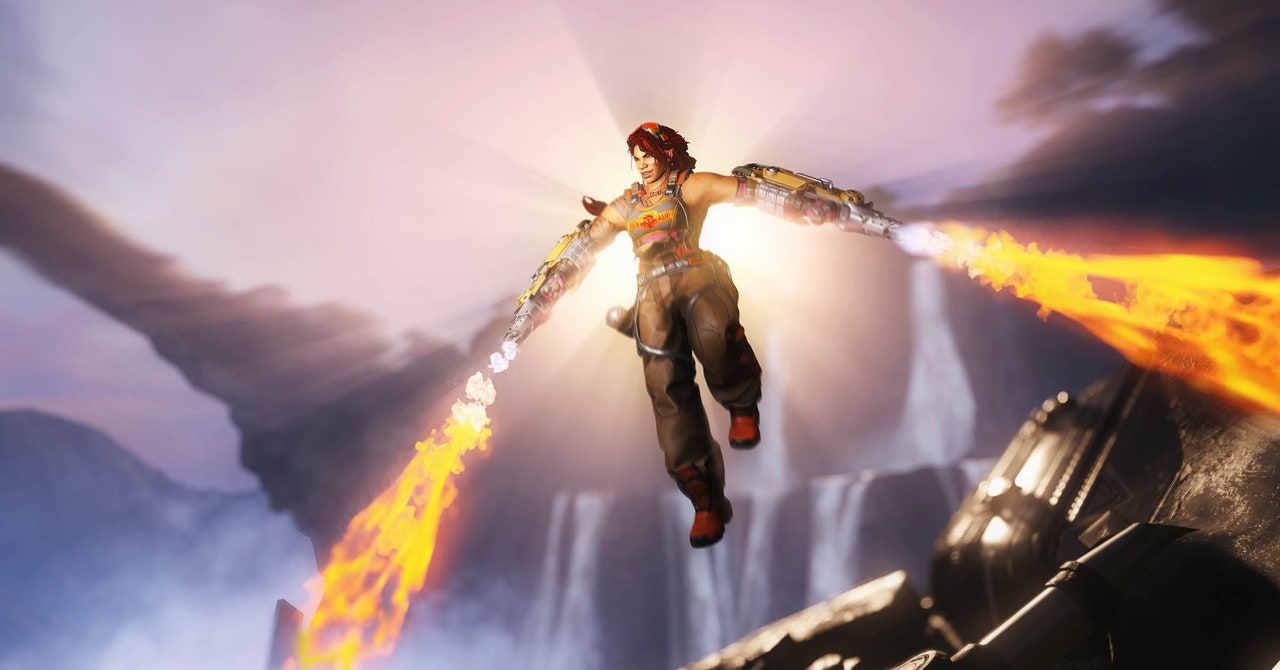 In a witch’s cauldron, Amazon Game Studios has stirred together contemporary gaming’s most beloved tropes: a rag-tag team of diverse heroes, mining for shiny resources, a fight for survival, sci-fi weaponry, a wild-west alien terrain—all free-to-play but monetized with a battle pass. The brew is Crucible, and it goes down easy. The magic is that it works.

Released last week, Crucible is an amalgam of great things. Playing it, or describing it to others, the modifiers “like Overwatch,” “like League of Legends,” “like Fortnite,” or “like Heroes of the Storm” flow off the tongue. By now, among gamers, these sorts of comparisons are compulsive. With wildfire design trends like battle royale lending familiarity to their debuts, new games are often seen primarily as exercises in compare-and-contrast. There’s big money in a good brew, and labeling counts for a lot.

Despite some pretty bold signage pointing to other games, don’t think of Crucible as reductive. Crucible magicks the familiar into something entirely its own: a strategy-grounded team shooter with undeniable charm.

The game is named for where it takes place, a rogue, junglesque planet that is the only known source of a substance called essence. A small mining colony was erected to extract the precious resource, but reptilian beasts called stompers leveled the initiative. Toxic gas proliferated after the attack, making the world uninhabitable. But when small holes appear in the cloud, parties of hunters rocket down and compete against each other in a sci-fi gold rush.

Free for PC on Steam, Crucible offers three multiplayer modes, all of which riff on survival-shooter or MOBA (multiplayer online battle arena) mechanics. The main event is Heart of the Hives. On a vast, lush-green map, players wind around trees and craggy rock formations to capture three hive hearts before the other team. Hives spawn on a timer, appearing as bulbous monsters that spit out dangerous drones. Players have to wear them down to reveal capturable hearts. To gain an edge over the team fights that materialize around the hive hearts, players collect blue-glowing essence around the map to level up into upgrades. You gather it by killing hissing reptilian mobs, capturing essence harvesters, and killing opponents.

In a typical match, players organize little missions to capture essence-harvester points and gun down stompers to level into a competitive advantage. A little before the hive spawns, teams coalesce to chase each other down, scaling cliff sides or weaving through green valleys. Once most of the enemy team is down, and the hive has been destroyed, one player rushes to capture the hive heart in long, suspenseful seconds.

Heart of the Hives feels like a general-audience pitch for today’s most beloved competitive gaming mechanics. If you’ve played a hero shooter, like Overwatch or Team Fortress 2, you’ll understand the theory behind the team fights. If you’ve played a MOBA like League of Legends or Heroes of the Storm, you’ll get the gist of the strategic elements. If you’ve played none of the above, you’ll only need a couple of rounds to get up to speed.

“Some of those more common forms of toxic encounters won’t be there because we don’t have the means for that.”

Heart of the Hives is invitingly simple to get the hang of, although over time layers of complexity reveal themselves. Gameplay constantly forces the player to make compromises. There’s a herd of dinosaur mobs, bloated with essence, between you and the three-vs-three teamfight. Do you harvest and level up or rush to join your teammates? Or maybe you’re dead and the enemy team has nearly defeated the hive; do you spawn by your dwindling team or far across the map, near an uncaptured harvester? There’s a constant tension between the need to level up and the win condition of three captured hearts. To gain an edge, good players think about area control, resource management, positioning and, of course, fighting mechanics. These calculations equally engage reflexes and brainpower for a satisfying end-of-game feeling regardless of whether you win.