Dyson shows off its canceled electric car for the first time 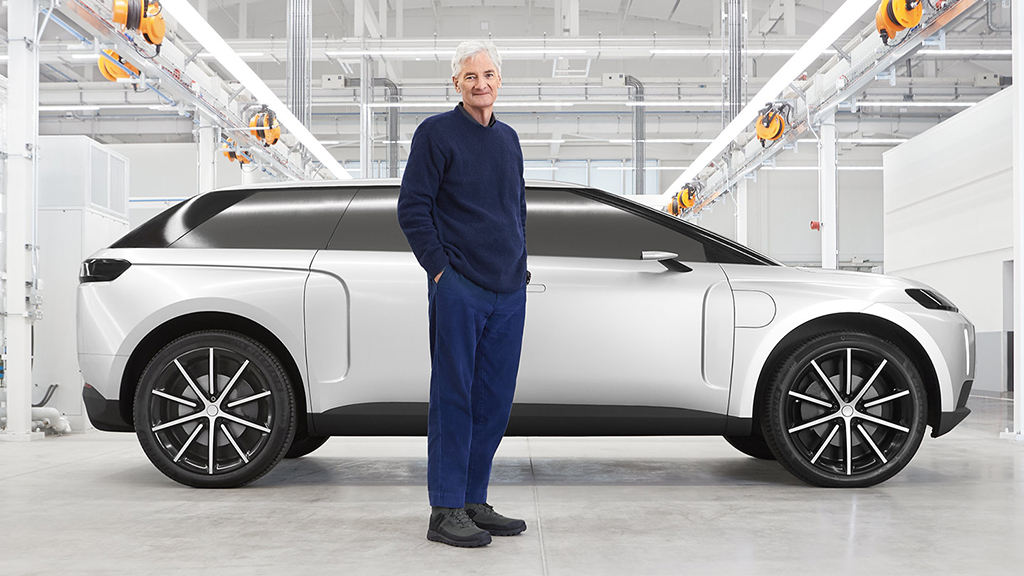 Having pulled the plug on his company’s electric car project back in October last year, Sir James Dyson has finally lifted the veil on what could have been a major Tesla competitor in an exclusive interview with The Sunday Times.

The article, which celebrates the famous inventor and entrepreneur’s first time topping The Sunday Times Rich List, offers a world-first look at a working version of Dyson’s development car, referred to as N526 within the company.

“I drove it secretly in a screened-off compound we have here,” said Dyson, speaking of the model pictured above.

Design-wise, Dyson’s electric car concept looks unsurprisingly sporty and futuristic. Measured at five meters long, two meters wide and 1.7 meters tall, Dyson’s electric car can reportedly be compared to high-end SUVs from the likes of Jaguar’s Land Rover and Range Rover, while its wheels are said to be larger than just about any other car on the road.

Leaning into its sporty aesthetic, Dyson’s concept car has a windscreen that’s tilted “more steeply than on a Ferrari” according to the man himself. Inside the car, there are a total of seven “thin and firmly upholstered” seats with rounded headrests which the article’s author John Arlidge describes as having “the look of a lollipop.”

According to Dyson, the company’s EV would’ve boasted a longer range than any other electric car had it made it to production, reportedly able to drive for 600 miles (965 kilometers) on a single charge. By comparison, the Tesla Model S has a range of 379 miles (609 kilometers).

The article states that the car’s range would’ve been possible “even on a freezing February night, on the naughty side of 70mph on the motorway, with the heater on and the radio at full blast”.

In terms of horsepower, it’s said that Dyson’s electric car was set to offer twin electric motors capable of producing 536bhp and 480 lb ft of torque, which would allow the vehicle to go from zero to 62mp/h in 4.8 seconds and deliver a top speed of 125mp/h (201km/h).

As for why the car was canceled, Dyson laments that “though we have tried very hard throughout the development process we simply can no longer see a way to make it commercially viable,” adding that the car would need to sell for £150,000 (approximately $181,440) just to break even.

The article reports that Dyson spent £500 million of his own money (as the company is private and not shareholder-owned) on the project before deciding to scrap it. It’s not all a loss, though – Dyson plans to use what it has learned and funnel it into the production of solid-state batteries which other car makers could use.

What is cloud hosting. Vergleichen. শিক্ষক.