Everything Apple Announced at WWDC 2020 (So Far) 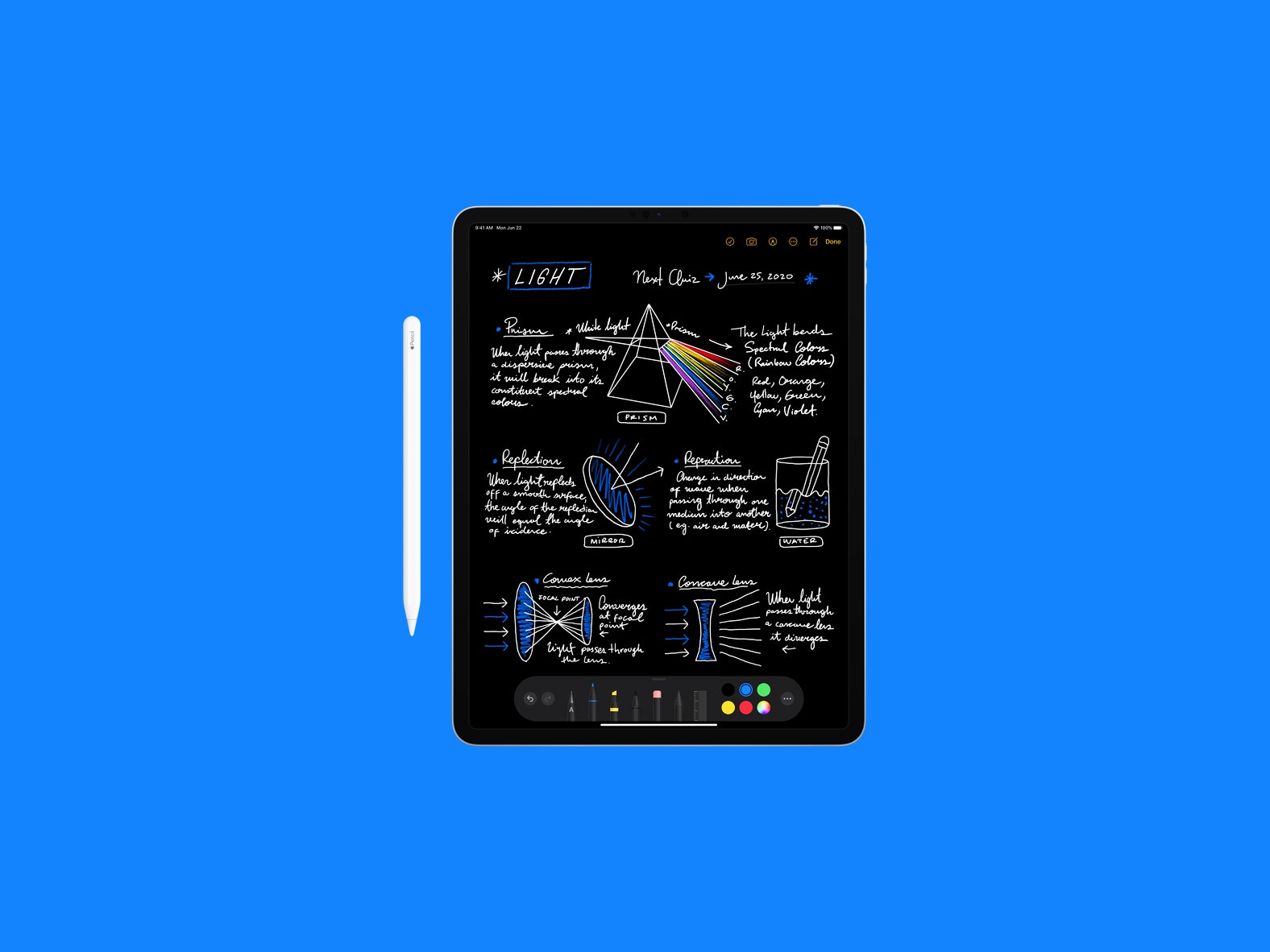 Last year, Apple finally gave the nine-year-old iPad its own native operating system, called iPadOS. The move was both practical and symbolic; it gave the iPad more Mac-like features, while also establishing iPad’s position as not-just-a-giant-iPhone. And then this spring, Apple introduced the Magic Keyboard for iPad Pro—a ridiculously expensive but welcome backlit keyboard (with trackpad!) that nudged the iPad even further into Real Computer territory. It’s no surprise, then, that the latest version of iPadOS emphasizes this even more.

The latest version of iPadOS includes a lot of the same enhancements coming to iOS 14 for iPhone, but Apple seems determined to actually utilize the real estate of the larger tablet. One example of this is a new sidebar, one that will appear in the Photos, Notes, Files, and Music apps. It pops out on the left-hand side of app screens, and is supposed to offer easier navigation and better organization of app files. A Siri shortcut will now appear on the bottom right of certain app screens. And incoming phone calls will no longer interrupt what you’re doing and take up the entire screen. Instead, it will appear as a drop-down notification. Same as search on iPad: The Search bar will now appear over whatever you’re currently working on, rather than occupying the entire screen.

The iPad’s Pencil is also getting an update, though these seem minor in comparison to other iPad changes. Apple is touting a feature called “Scribble,” which, as far as we can tell thus far, will translate your handwriting into text, transform your crude shapes into “ideal” ones, and will let you dash off search queries in the Safari search bar rather than having to type them.

Senior Firmware engineer Mary-Ann Ionascu announced some very cool new additions coming to AirPods via a future software update—no upgrade required. The most useful feature, especially for those of us with multiple iOS or Apple devices, is automatic switching. If you’re wearing your AirPods, you’ll soon be able to change your listening between devices seamlessly, without ever having to re-pair your pods. They even re-route audio to your phone if you’re getting a phone call, so it will still ring as normal.

Another exciting feature coming to AirPods is the addition of spatial audio. The software update will allow Apple’s devices to use their internal accelerometers to create a faux-3D soundscape. We’ve seen tech like this from brands like Audeze, JBL, and others, but it’s largely been geared towards gamers and hi-fi enthusiasts. The addition of spatial audio could create a whole new love of surround sound to the ears of more average listeners. The headphones will be able to simulate 5.1, 7.1, and even Dolby Atmos object-based surround sound.

Sleep and Handwashing Features for WatchOS 7

By increments, Apple is slowly turning the Apple Watch into the most comprehensive wearable available. When it ships later this year, WatchOS 7 will finally have something competitors have had for years: sleep features. The Apple Watch will soon get features including a wind-down routine to start locking down your phone before bed, sleep monitoring of “micromovements” as you breathe, a variety of wake-up alarms, and a Sleep Mode which dims the screen at night.

The Watch will also get a handwashing detector and countdown to make sure you’re sudsing off all the germs (no word on if it will shame non-hand-washers into going back into the bathroom, though). Other new features include new dance workouts and a plethora of new watch faces, including a tachymeter, large font faces, and new third-party and personalized watch faces. Finally, the Watch will also get a new battery notification when you wake up, because the battery life is still terrible.

More updates will follow as the keynote address progresses.