Facebook Announces Members of Its Oversight Board, Says Its Decisions Will be ‘Binding’ 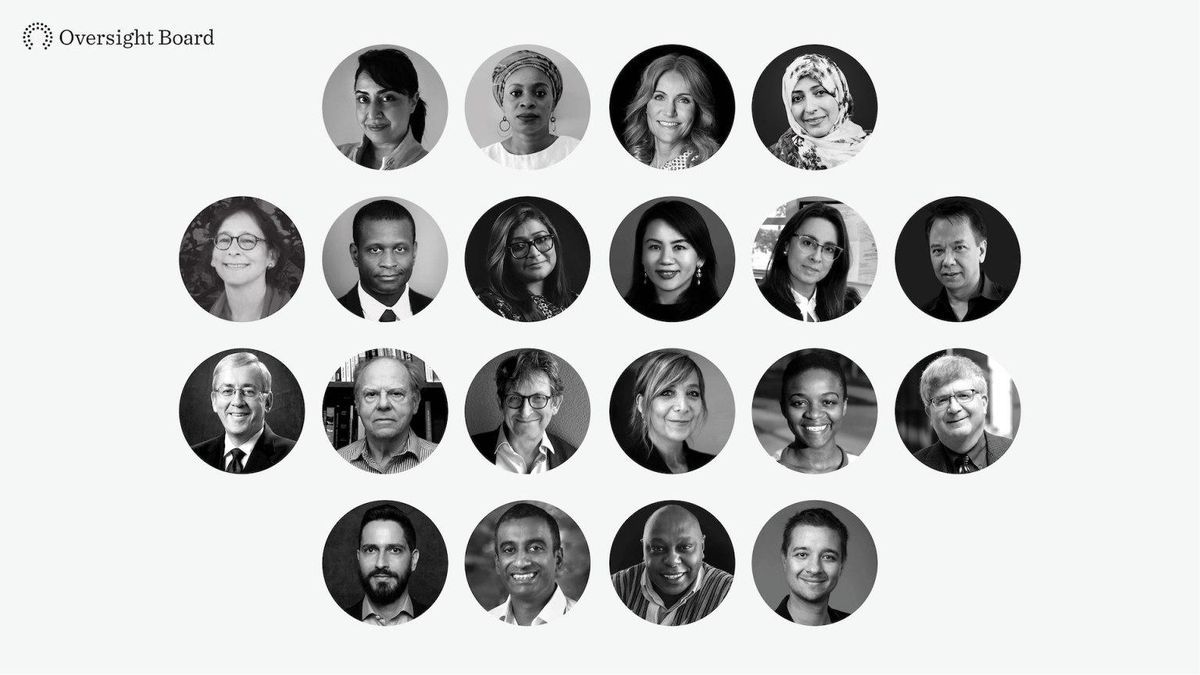 Since its inception, Facebook has been ruled more or less like an autocracy, with its majority shareholder, who also happens to be CEO, reigning supreme. As Facebook chronicler Steven Levy wrote in Wired earlier this year: “At Facebook, Zuck’s word is law.”

But after 16 years of absolute authority, Mark Zuckerberg will soon see some of his company’s most highly-publicized decisions picked apart by a semi-independent body of Facebook’s own creation. On Wednesday, we learned the “Facebook Oversight Board” will include a potpourri of notable journalists, attorneys and activists, such as (Chopin player) Alan Rusbridger, the former editor of The Guardian, and Nobel Peace Prize laureate Tawakkol Karman, called “Mother of Revolution” by her fellow Yemeni.

In all, Facebook revealed the names of 20 board members: ten men and ten women seemingly alike only in that they’re all well-credentialed people. They otherwise represent a diverse, if not select, pool of judicial expertise and political savvy; from Pakistani lawyer Nighat Dad, who is a noted internet and women’s rights activist, to the former U.S. appellate court judge Michael McConnell, whose expansive legal scholarship is considered staunchly conservative. Each has a reputation in the area of human rights, acquired either through a lifetime of defending it or by helping to shape their country’s laws around it.

Only 25 percent of the board comes from Facebook’s home, the United States. Twenty percent of members are from Europe and 15 percent are from Asia Pacific & Oceania. Ten percent belong to each major subregion of the continents, including Central & South Asia; the Middle East & North Africa; Sub-Saharan Africa; and Latin America & the Caribbean.

Only two of the board members, Facebook notes, are programmers.

Today’s announcement, which is more than two years in the making, comes after a lengthy selection process described by Levy in January as a “dense series of meetings, workshops, and conferences,” held not only in Menlo Park, but Singapore, Nairobi, and Berlin. A meet in New York City, he wrote, included a simulated discussion in which the board weighed whether Facebook had overstepped in taking down a reported post.

Said to convene for the first time this fall at the earliest, the board will eventually consist of up to 40 members who will reportedly work only part-time, and it will rarely meet in person. (It is still assessing how the global pandemic will impact operations, it says.) Still, it’s believed that the board will be a truly disruptive force when it comes to Zuckerberg’s most oft-maligned views, including his controversial decision last year to give safe harbor to disinformation artists, provided they’re politically-oriented and have money to burn.

Whether the board’s “final and binding decisions” will be irrevocable and truly enforced remains to be see. Civil rights leaders have long criticized Facebook’s inability to follow through, despite its promises, platitudes, and we-can-do-better-isms.

In a statement, Facebook’s oversight committee, which, for whatever it’s worth, has its own website separate from Facebook’s domain, says it is committed “to upholding freedom of expression within the framework of international norms of human rights.” It went on to claim it “will make decisions based on these principles, and the impact on users and society without regard to Facebook’s economic, political or reputational interests.”