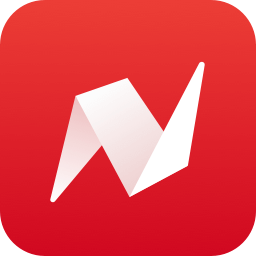 Uber announced this week that it’s cutting 3,700 roles as the coronavirus crisis pummels its ride-share business and that of its competitor Lyft.

An Uber spokesperson confirmed to Gizmodo that the layoffs will affect roughly 14 percent of the company’s employees. According to a memo CEO Dara Khosrowshahi sent to the Uber team, the eliminations are hitting its CommOps and Recruiting teams. Khosrowshahi cited the climate created by the current global health crisis, which has vastly impacted the ride-share market, as well as its current hiring freeze as reasons for the cuts. The company spokesperson reiterated the same.

“With people taking fewer trips, the unfortunate reality is that there isn’t enough work for many of our front-line customer support employees,” the company said in a statement. “Since we don’t know how long a recovery will take, we are taking steps to bring our costs in line with the size of our business today. This was a tough decision, but it is the right one to help protect the company’s long-term health and ensure we come out of this crisis stronger.”

Uber said the company is confident it can recover after cities lift quarantine orders and begin reopening, but it acknowledged that it is “impossible” to know when exactly that will occur. It’s also unclear what the demand for rides will be like in a post-covid-19 environment, especially before there is a vaccine, which could be quite a ways away.

In his internal memo, Khosrowshahi said that this week’s layoffs are part of a larger initiative to reduce costs, and appeared to insinuate that further cuts could be made to its workforce.

“This is one part of a broader exercise to make the difficult adjustments to our cost structure (team size and office footprint) so that it matches the reality of our business (our bookings, revenue, and margins),” he wrote. “We are looking at many scenarios and at each and every cost, both variable and fixed, across the company.”

The last two weeks have been brutal for employees of Uber and its smaller competitor, Lyft. Last week, the Information reported that Uber was weighing layoffs for up to 20 percent of its employees as part of its cost-cutting initiative, possibly resulting in the loss of up to 5,400 jobs. Lyft, meanwhile, saw its own round of cuts last week. The company cut 982 positions and furloughed an additional 288. The company also instituted pay cuts for remaining employees for a 12-week period, according to CNBC, including a 30 percent cut for executives, 20 percent for VPs, and 10 percent for all other employees.

According to an 8-K filing, Khosrowshahi is waiving his base salary through the end of the year—one of the bare minimum measures executives can take to insulate the greatest number of people from being out of a job during a recession. Uber said the decision does not currently include cuts for other executives.