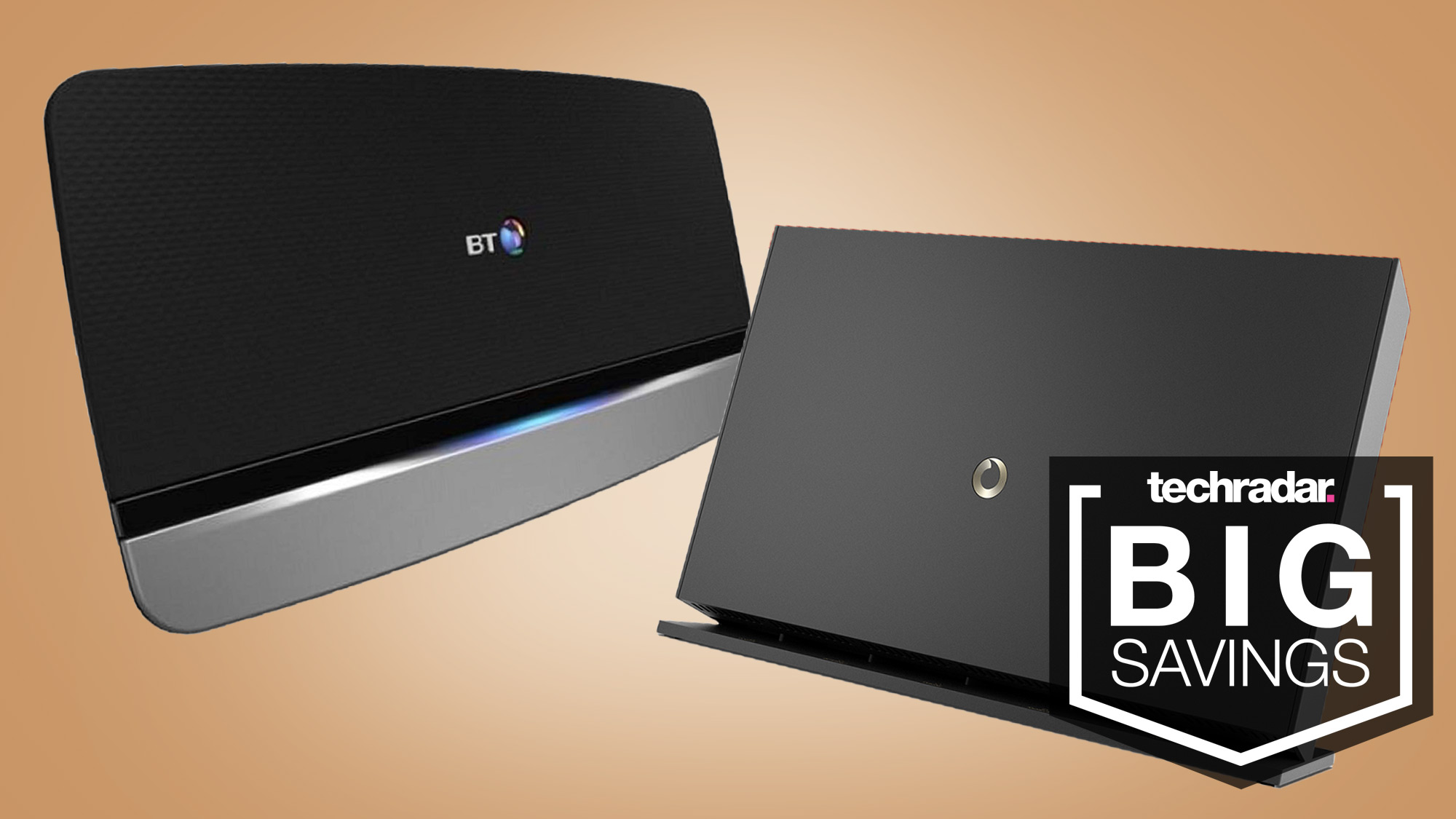 The Bank Holiday is here, sun is predicted and your 2 metre distanced socialisiation plans are all lined up…but what about that broadband contract that’s about to run out?

The good news here is that we’re here to help out so you don’t have to spend your weekend delving through comparison charts and fumbling through an endless array of tabs on your computer.

We’ve done the search and tracked down the absolute top five broadband deals. A task that is somehow almost too difficult now considering every company has brought out their A game of late!

1. The best broadband deal out there:

Vodafone Superfast 2 | 24 months | 63Mb avg speed | FREE upfront | £22.95 per month (£20.95 for existing customers) + £75 Amazon.co.uk voucher
Vodafone’s gone and pulled a market-leading broadband deal out of the bag. Pay just £22.95 a month and nothing upfront and you can get a massive 63Mb average speed. And, if you happen to have your phone contract with Vodafone you’ll only end up paying £20.95. Want even more good news? Vodafone is now throwing in £75 Amazon.co.uk vouchers as well!
View Deal

2. The best BT broadband deal around:

3. Go all out on broadband and TV deals

Virgin Media Big Bundle | 12 months | 54Mb avg speed | Weekend calls | FREE set-up | £29.99 per month
If you can get Virgin where you live (and it’s a big if) then it’s hard to look past this brilliant broadband deal. For just £29.99 per month you get…deep breath…54+Mb cable broadband, Mixit TV bundle with over 110 channels, apps for iPlayer, Netflix and YouTube, a Virgin TV TiVO box to record and pause live TV and inclusive weekend calls to UK landlines and Virgin Mobiles.
View Deal

Plusnet Unlimited Broadband | 18 months | 10Mb avg speed | FREE upfront | £17.99 per month + £50 Mastercard
For some, cheap bills rule above everything else! And if that is the kind of mindset you have, this is the deal to go for. It starts off with bills of just £17.99 which is already one of the lowest costs out there, but then Plusnet throws in a £50 Mastercard on top! You are, however, limited to speeds averaging 10Mb.
View Deal

5. A name you know with a freebie

TalkTalk Superfast Fibre Broadband | 18 months | Avg speeds 67Mb | Line rental incl. | FREE activation | £26pm | £50 Amazon.co.uk gift card
If you liked the gist of the Vodafone contract above but aren’t willing to commit to a 24 month contract, TalKTalk’s latest offer could be an excellent alternative. For £26 a month and nothing upfront, you’re getting speeds averaging 67Mb. While that is already a great value option, TalkTalk ups the ante with a £50 gift card for Amazon, Tesco, M&S or as a Mastercard.
View Deal