Google Pixel 4a is ready, but delayed – and why so? 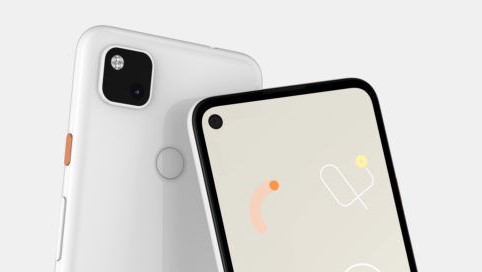 If there had been no global Covid-19 pandemic, the much talked about Google Pixel 4a would have been in the market by now. Of course, the launch event was inevitably put off with Google not committing itself to any specific date for its launch, leading to a lot of market rumours.

Among the speculation was that Google had also canceled the larger Pixel 4a XL model and switched to a generic Pixel 4a model.

Pixel 4a received a vote of confidence from Google CEO Sundar Pichai, who recently said that his company was “super committed” to the beleaguered hardware division, that has seen less-than-expected sales of its flagship smartphones.

Amidst all these, comes the tip off that the Google Pixel 4a launch event may not be anytime soon. According to Tech Analyst Jon Prosser, the release date has been pushed to July 13 – a good two months later than originally planned.

Google is, of course, still to confirm or deny the claim.

Pixel 4a Was originally May, then got pushed to June, now pushed again. “Just Black” & “Barely Blue”Current plan for announcement:July 13 BTW – just 4G. (Sorry to kill the 5G rumors)Seems like they’re ready to ship. The decision is mostly based on market analysis.May 21, 2020

Prosser, in his tweet, also speculated that Pixel 4a is ready for delivery, but Google may just be holding back.

Apparently, Google wants to decide the date of release based on market analysis. It doesn’t want to Pixel 4a to arrive to a lukewarm response, especially considering the fact that the general market conditions as they exist today are not very buoyant.

In another significant claim, Prosser said that the Pixel 4a will not support 5G networks. This feature is reserved for the flagship Google Pixel 5 and Pixel 5 XL.

Google Pixel 4a is rumoured to be priced at $ 349 in the US, with the expectation that it would be available in two colours — “pure black” and new “naked blue”. Apparently, the “transparent white” colour option is dropped.

Reports coming through leaks and other forms in the build-up to the launch suggests that the Pixel 4a is equipped with a 5.8-inch OLED display with a thinner bezel and perforated design, something which  Google has not tried previously on it design.

Qualcomm Snapdragon 730 is the chipset inside Google Pixel 4a — Pixel 3a was powered by Snapdragon 670. So there should be a significant performance boost.

Reportsalso have it that the device comes standard with 6GB RAM and 64GB internal storage. The complete package will be a 3,080mAh battery and support 18W fast charging. Although Android 11 should be launched shortly, it seems Pixel 4a would arrive with the existing Android 10.