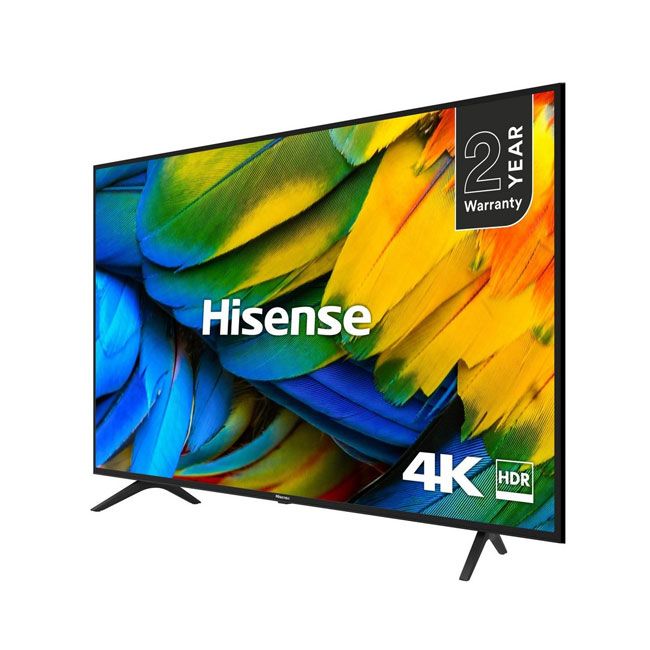 This weekend’s 4K TV deals are bringing shoppers cheap displays with some fantastic features, meaning now’s the time to upgrade if you haven’t yet taken the plunge, or just fancy a different screen size. Prices have hit as low as $229 in the US, thanks to a $40 discount on a much-favored Hisense 43-inch model, but we’re also seeing 4K TV deals hitting 50, 55, and even 65-inch displays right now as well – take a look at this $479 65-inch LG for maximum value right now.

Meanwhile, over in the UK there’s some spectacular offers bringing 4K TVs down to £249.99 – perfect for those unsure about upgrading. Again, that’s on a smaller 43-inch model, but you can easily find similar prices on larger screens as well.

It seems that 4K TV deals have hit the sweet spot this year. They’ve been the standard for a while now, but previously higher costs have kept many out the loop. We’ve been seeing these price tags edge closer and closer to the $200 / £200 mark over the past few months, which means many more can bag themselves a premium TV, whether you’re looking for high quality Netflix or some 4K gaming action.

If the highlights below don’t suit, we’re always rounding up the very best 4K TV deals and cheap TVs on offer in the US and UK.

4K TV deals in the US

4K TV deals in the UK

Luxor 43-inch UHD HDR 4K TV | £249.99 at Very
At the cheapest end of this weekend’s 4K TV deals is this 43-inch Luxor. Though this is lesser known brand, Luxor continues to accrue positive reviews for its affordable 4K TVs, and you’re still getting all the HDR and smart features you would expect. Plus, you can upgrade to a 50-inch model for just £30 more this weekend at Very.
View Deal

Samsung TU7000 65-inch UHD HDR 4K TV | £599 at Very
Looking for something a bit more premium? This Samsung 7-Series has also received a £50 price cut this weekend, bringing the massive 65-inch display down under £600. That’s fantastic news for anyone after the 2020 version of one of the most popular 4K TVs on the market right now.
View Deal

If you’re after something with a bit more wow, check out the latest OLED TV deals and sales, or if you’re looking for something to pair with your new TV you can also take a look at the latest Amazon Fire Stick prices as well. Holding out for Amazon Prime Day? This year’s summer shopping event has been postponed, but we’re tracking all the latest Amazon 4th of July sales right here.