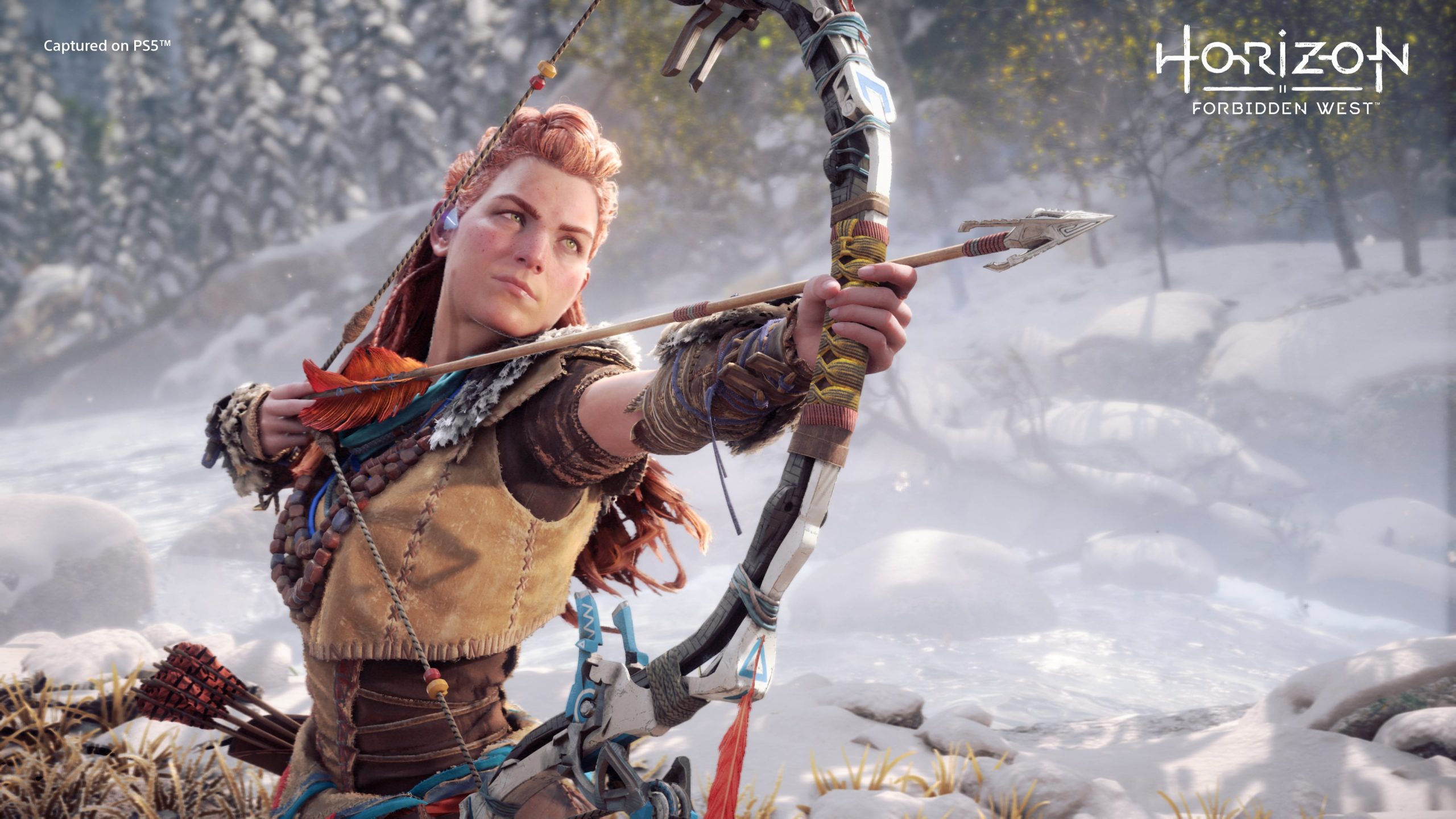 Horizon Zero Dawn 2 has been revealed, except it’s not called that: Horizon Forbidden West is the next confirmed entry in the open world series, and it’s coming exclusively to PS5. It continues Aloy’s story, and takes her to America’s wild frontier, with a trailer that heavily suggests we’ll be spending a good portion of the game underwater.

After Horizon Zero Dawn sold over 10 million copies on PS4, a sequel always seemed like a dead cert. Now, Guerrilla Games is returning to this fictional universe to give us another fancy technical showcase on PS5. Ashley Burch will return as Aloy in this entry, while the trailer also teases the return of Sylens (Lance Reddick) from the first game.

Here’s what we know about Horizon Forbidden West on PS5 so far, including its likely release date, trailer and more.

Sony and Guerrilla Games revealed the first Horizon Forbidden West trailer at the PS5 games reveal event on June 11. The above trailer offers a three-minute glimpse at the kinds of varied landscapes you’ll explore in the second game, and which machines you can expect to fight (mammoths and alligators, by the looks of it).

We also get the sense that Horizon Forbidden West will be heavy on underwater gameplay, based on how much of a big deal the trailer makes of Aloy using her scuba gear at the 1:40 mark above, and the shots of underwater ruined cities.

The Horizon sequel looks amazing, though it’s hard to tell just how much of what’s above is gameplay.

There’s no release date for Horizon Forbidden West yet, which is a big surprise considering how long and detailed the reveal trailer is, but our prediction is the game is coming in 2021. 2020 now seems very unlikely, given that Sony’s own Spider-Man: Miles Morales will release this year, and was given a specific holiday 2020 window by Sony. This will require a longer wait, it seems.

Horizon Forbidden West story: what do we know?

The trailer hints a lot at the kinds of enemies Aloy will be facing in the next game, but not much else is known about the game’s overarching story apart from the American setting.

Still, this is the official description of the game from the Horizon Forbidden West trailer. “Horizon Forbidden West continues Aloy’s story as she moves west to a far-future America to brave a majestic, but dangerous frontier where she’ll face awe-inspiring machines and mysterious new threats.”

Horizon Forbidden West screenshots: here’s what the game looks like

We’ve put every official Horizon Forbidden West screenshot into the gallery above, so you can see what the game looks like outside of the trailer.