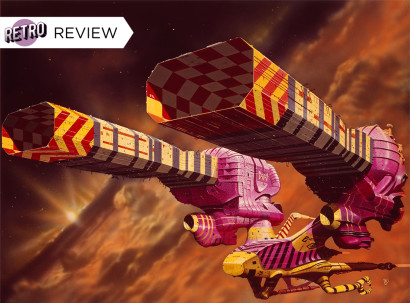 When the first photos of Denis Villeneuve’s Dune began to surface last month, my first instinct was to rewatch Jodorowsky’s Dune. The 2014 documentary directed by Frank Pavich tells the story of Dune by Alejandro Jodorowsky, aka, “the greatest movie never made.” My thought was watching it again would scratch the itch for my excitement for the new take. I didn’t expect what happened instead.

I realized I was watching a film that spoke to our times in more ways than one. It’s a film about a film that never happened but has been lauded as an unmade masterpiece, and is also the story of a man with so much inspirational aspiration and passion that it almost ruined him. Both of those things felt oddly poignant—on top of the fact that, yeah, the movie did wind up scratching that Dune itch.

In case you’ve never seen Jodorowsky’s Dune, here’s a recap to set the table. In the mid-‘70s, coming off the success of the cult classics El Topo and The Holy Mountain, director Alejandro Jodorowsky set out to adapt Frank Herbert’s Dune. He vowed to make it a movie that would change people’s lives, a wholly engrossing spiritual experience, “an artistic God.” He assembled the crew to do just that.

As the documentary recalls, he recruited an unfathomable pool of talent. To do the concept art, he hired iconic artists Moebius and H.R. Giger (before he created the creature from Alien). To do the special effects, he got writer Dan O’Bannon (before he wrote Alien, but we’ll get back to that). Pink Floyd was going to make an album for the film. Kung Fu’s Keith Carradine was going to appear. Smaller roles would go to unbelievable names like Salvador Dali, Mick Jagger, and Orson Welles. Yet despite a star-studded cast and pitch book filled with months of art, costume design, a full script, and storyboards, Hollywood passed on the project. There was a concern that its budget (which was only $15 million) would balloon and that Jodorowsky himself wasn’t good enough to keep it all together. Despite 2001: A Space Odyssey, Hollywood just wasn’t ready for another sci-fi epic yet.

The documentary reveals very compelling evidence that work meant for Jodorowsky’s Dune was used in many films that came after—Star Wars, Flash Gordon, Terminator, Raiders of the Lost Ark, Contact. And yes, Alien, which basically took Jodorowsky’s entire design and writing teams and created one of the greatest sci-fi films of all time. So yeah. If you haven’t seen the documentary, watch it, it’s incredible storytelling in and of itself.

The fact of the matter is, though, no matter how impressive the list of names Jodorowsky complied was, nor how influential his pre-production work was on all the cinema that followed, it’s impossible to say for certain what the film would have been. Had he been able to make it, there’s no way to be sure the film would have been the masterpiece it potentially could have been. Any number of things could’ve gone wrong or not worked and then it could’ve been a huge disaster.

And that realization was fascinating. The latent uncertainty in the documentary felt like an enlightening representation of what we, as film fans, consider fandom these days: The endless, sometimes exhausting, digestion of pre-release materials, rumors, and speculation that slowly create a film in our heads. One that the actual film can sometimes live up to or exceed, but more often does not. So here we have all of that and more regarding Jodorowsky’s version of Dune, a movie with every single thing going for it but no actual payoff, save for this documentary. A documentary that takes all those expectations for what they’re worth and shoots for the stars.

Pavich’s doc almost feels like the best possible outcome for Jodorowsky. Because his Dune was never made, people can make it in their minds, and in their minds, the movie is incredible—a game-changer in every sense of the phrase, the movie Jodorowsky wanted, even though it’s hard to quantify what that actually means. The reality of the documentary is at least a reality, unlike the “What if?” scenario of the actual movie achieving the status it wanted. The documentary Jodorowsky’s Dune, which is an absolutely excellent piece of work, became a bit of what the actual Jodorowsky’s Dune could have been. So it was fun to think about this documentary as a manifestation of modern film fandom with a twist.

In addition, while watching Jodorowsky’s Dune, you can’t help be enamored with Jodorowsky himself. Throughout the film his passion, excitement, and most of all, the unfathomably grand ambition, are infectious. It would be difficult to watch the documentary and not completely get why all these people were drawn to him, agreed to work with him, and believed in the potential of the project. Even though it ultimately didn’t come to fruition, that drive and vision are just plain inspiring.

Jodorowsky put so much of himself into trying to make Dune that he didn’t make another film that entire decade and only made two in the next. You get the sense he was defeated by the system, not because he wasn’t ready but because the system wasn’t ready for him. If Jodorowsky’s pitch came just a few years later, after Star Wars, would Hollywood have bought it? You have to think so. They did let David Lynch make Dune in 1984 after all. That kind of uncompromising enthusiasm and foresight is rare in anyone, and Jodorowsky had it. As a human being, seeing that type of energy makes you want to be a better person.

As the credits rolled on my rewatch of Jodorowsky’s Dune, all of the above was swirling in my head. It also made me even more curious about Villeneuve’s Dune. Not the choices in his adaptation, but how far he is going to push things—and to go along with that, how far Hollywood has come that it’s letting Dune come back to the big screen. Villeneuve’s film could potentially serve as a kind of last chapter in the tale of Jodorowsky’s Dune. Either it’s a big hit and validates his grand ambition, or it fails and the people who turned it down are proven right.

Or maybe, the two things aren’t correlated at all. If the documentary Jodorowsky’s Dune teaches us anything, it’s that expectation does not always meet with reality.

Jodorowsky’s Dune is available to download on all major services.