How to choose the right printer for your home office 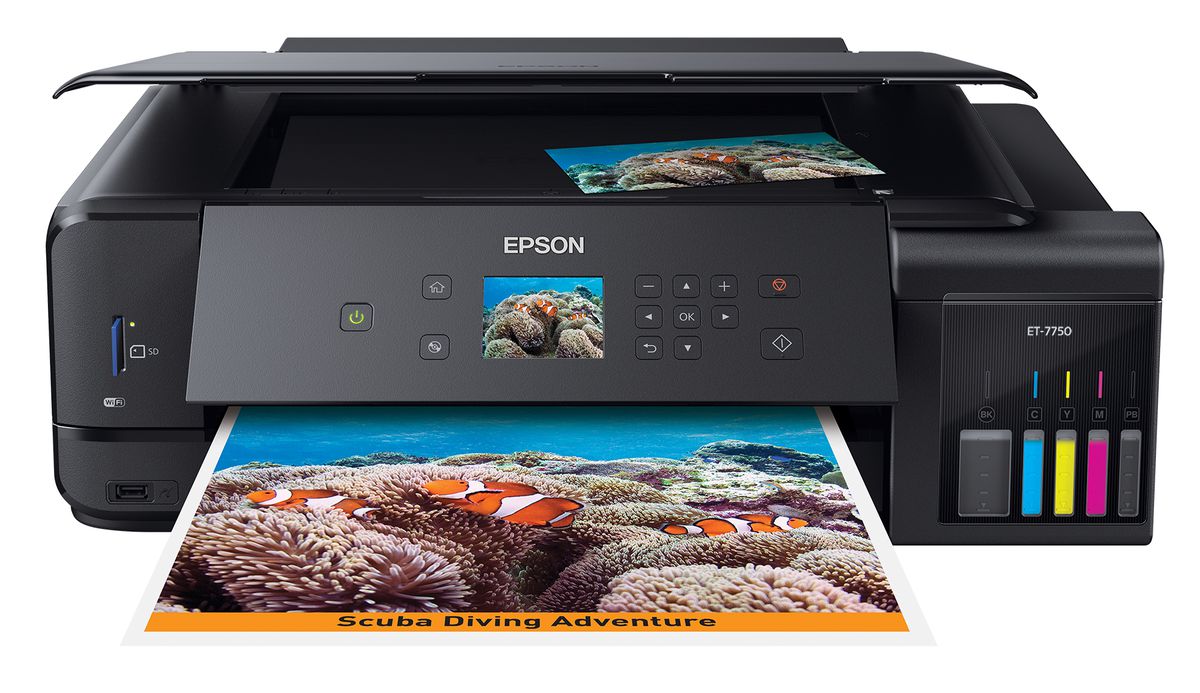 The need for a home / office printer has increased as more of us are working or schooling from home. You could be a parent who needs to print out workbooks for your child. Or you may find that it’s easier to make notes on a business report using a pen or pencil rather than a keyboard. Or you’ve suddenly discovered that a government office is demanding that you snail mail a form to them. Or your local office supply store, which you normally use for printing out occasional forms, is either still closed or not a comfortable place to visit.

Whatever the reason, if you find yourself in need of a printer, it’s not difficult to find one. Printers have not changed a lot over the past few years; they’ve just become more efficient and less expensive. You still will be choosing between laser and inkjet printers; color and black-ink-only printers; and print-only and multifunction devices. Because of all these decisions that need to be made, it’s a good idea to figure out what you want before you click “Buy” at your favorite shopping site.

In this article, I won’t be telling you which specific printer to buy. But I will go through some of the choices you are going to be faced with and some of the features that you may want to make sure you’re getting.

If you haven’t bought a printer lately — or if you haven’t needed a printer until now — you may want a quick refresher on the difference between inkjet and laser printers. What follows is a vast simplification, but it will give you a general idea of how they work.

Inkjet printers spray tiny droplets of liquid ink onto a page. There are several types of inkjet delivery systems, but most consumer systems use separate ink cartridges, each fitted with a printhead that separates the ink into the nearly microscopic droplets. (Professional-level inkjets will usually have separate printheads that can be replaced on their own.) Colors are created by combining different colored inks.

The number of ink cartridges that a color inkjet printer uses varies. The least expensive printers usually use only two cartridges — one with black ink and one that contains cyan, magenta, and yellow ink. Most lower-to-medium priced inkjet printers offer four separate cartridges — cyan, magenta, yellow, and black ink. More upscale printers will have a different black cartridge for text; printers used by photographers or businesses will have a wider selection of colored inks.

But even the least expensive inkjets can end up running into serious money. The printer itself may not cost more than $50 or $100, but a single set of cartridges can cost nearly as much. And because most color inkjets will not run at all if any one of the cartridges is out of ink (for example, you can’t just print in black if the cyan cartridge runs out), you’ll need to replace any spent cartridges. (We’ll deal more with ink costs later.)

There are a few inkjet printers out there known as supertank printers, which have refillable tanks that offer a lower cost per page than the traditional ink cartridges. They are sold by a few manufacturers such as Brother, Canon, and Epson, and can be a consideration if you plan to do a lot of color printing.

Laser printers have several other advantages over inkjet printers — unless you need color. They are faster than inkjets (especially low-end inkjets, which can be very slow), and the quality of their text printing is more precise (although current inkjets are certainly precise enough to suit most documents).

Color laser printers are also more available than they used to be. However, they are more pricey, and unless they are professional-level printers, the color will not be as good as an equivalently priced color inkjet.

So which should I buy?

There are several other factors that you should consider before purchasing a new printer. Here are some questions to ask yourself while deciding what to buy.

What am I using it for?

One way to decide whether to buy a laser or an inkjet printer is to look into what you want to do with it. If color is not important to you, then it’s a no-brainer — a laser printer will be more cost-efficient and faster. But if you want to print out your kids’ computer artwork in color, or print the occasional photograph, then you’re probably in the market for an inkjet.

If you see yourself working from home for the foreseeable future — or even if you don’t — you may want to consider a multifunction (also known as an all-in-one or AIO) printer. These devices don’t just print from your computer, but allow you to scan existing documents and either copy them or save them as files. (Some also let you fax a scanned document, but since faxing has become much less necessary, this feature is quickly disappearing.) They are very handy for keeping the paperwork around your home to a minimum, since you can save PDFs of most of your papers (especially the ones you’ve had sitting around for years) and then dispose of the actual hardcopy.

(Yes, you can use your phone’s camera to scan and upload documents, and if you only occasionally need to scan a document, that could be enough for you. However, the quality of a phone-scanned document doesn’t come up to the quality of a good scanner.)

Most consumer-level multifunctions will let you copy anything up to an 8.5 x 11-inch paper (popularly known as letter-sized), but you can also buy printers that will let you handle an 8.5 x 14-inch (legal size) paper. If you see yourself doing a lot of copying or scanning, you should look for a multifunction with an automatic document feeder (usually referred to as an ADF) that lets you move a number of pages through the system quickly.

Most current printers work by pulling paper in from the front, running it around the drum or roller, and then popping it out to the output tray. However, if you’re printing on heavier stock, you don’t want to bend the paper; in that case, you may want to look for a printer that has an input tray coming from the back of the printer, so that the paper is pushed through on a straight line.

Some printers also allow you to have more than one paper tray in front, letting you choose different colored paper, for example, or having one tray hold letter-sized paper and the other hold legal-sized.

You also want to know how many sheets of paper your input and output trays are capable of holding. If you plan to, say, print out a 200-page manuscript, you don’t want an output tray that is only capable of handling 50 pages, or you could find 150 of your pages strewn over your floor.

The ability to duplex — to print on both sides of a single page — is more common than it used to be, but not all lower-priced printers include this feature. It’s very useful, especially if you do a lot of printing and want to save on the cost of paper. Of course, most printers let you print on both sides of paper by manually re-feeding the paper into the printer after the first side has been printed — but it can be a real pain in the neck.

Without a doubt, the biggest expense for a printer isn’t the printer itself or even the paper — it’s the ink. There is a way to figure out how much a printer will cost you over the long term: calculate the cost per page by dividing the price of an ink cartridge by the cartridge’s page yield, or the number of pages you’re expected to get out of each cartridge.

You can usually find the page yield among the stats published by a printer manufacturer for that printer. For example, take two multifunction printers from the same manufacturer, one a color inkjet and one a black-only laser printer.

A similarly priced black-and-white laser printer, the $169 HP LaserJet Pro MFP M148dw, cites about 1,200 pages for a standard toner cartridge, at a cost of about $47. That comes out to about 4 cents a page.

So assuming that you pump out about 1,200 text-only pages in a year (and excluding the cost of the paper), that means you’ll have paid a total of $47 more for the laser printer and $114 more for the inkjet.

One more thing to throw into the mix: a black ink tank for the Brother LC3033BK, a supertank printer, costs $33 for a yield of up to 3,000 pages, or about a penny a page. (Because supertanks tend to use a differing number of tanks for color printing, it’s difficult to figure out an equivalent comparison for color printing.)

There are, of course, a lot of “ifs” here. For example, when you’re looking at lower-cost printers, some major printer manufacturers don’t publish the page yield. In addition, even when the page yield is available, you have to keep in mind that it is being offered by the manufacturer — so the number of pages you get per cartridge is usually optimistic. Still, this can give you a fair idea of what you’re facing.

If you’ve got a Mac computer, an iPad and / or an iPhone, make sure your printer is compatible with Apple AirPrint.

If you’re using a Chromebook, make sure your printer is Chrome OS compatible by checking the manufacturer site (for example, Epson has a page that lists all its Chrome OS-compatible printers).

Until recently, another alternative was to use Google’s Cloud Print service, which let you easily print from computers and Android phones. Unfortunately, with its usual disregard for well-loved features, Google is going to be shutting down its Cloud Print service as of December 31st, 2020. The company’s rather unsatisfactory advice (“we recommend the respective platform’s native-printing infrastructure or working with a printing partner”) will probably not be much help for those with older printers or phones that depend on Cloud Print. You can check to see if your printer’s manufacturer has a mobile app that will allow printing from devices wirelessly in lieu of Cloud Print.

Unless you plan to fill up several albums with physical photos, a photo printer is probably not necessary. Some photo printers offer features like the ability to remove red-eye in photos of people, but this same functionality is commonly available in a number of photo apps (and is probably easier to deal with in software).

There are exceptions. For example, there are small, portable printers such as the HP Sprocket Portable Photo Printer that let you immediately print small (such as 2 x 3 inch) pictures. These are fun for family gatherings and parties. And if you’re a professional — or would-be professional — photographer, you may want to invest in a high-level photo printer. But otherwise, most midlevel color printers will — if you use good photo paper — do quite an adequate job. If you’re intending on printing a lot of photos, you’ll spend less and get better results from a photo printing service such as Shutterfly.